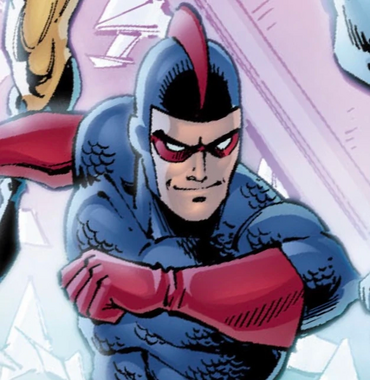 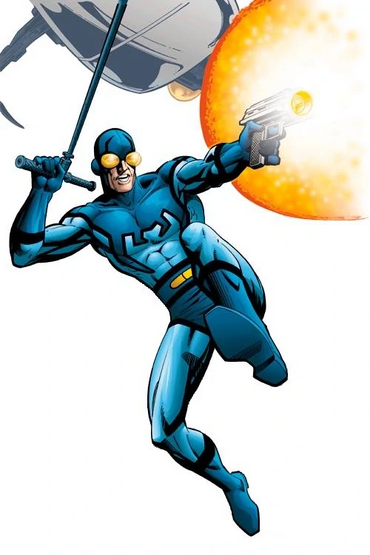 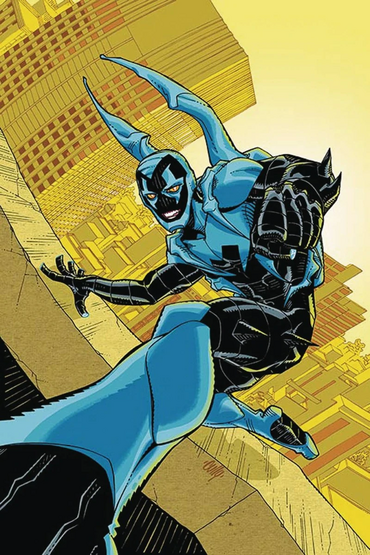 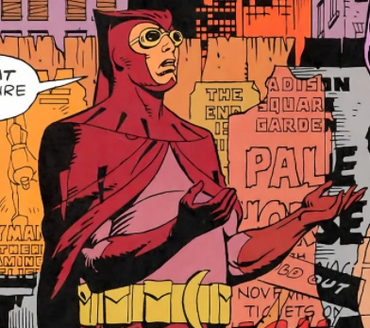 Hello, ladies and gentlemen! I'm Leader Vladimir and I'm here to talk about my love for the Superman from the DC Extended Universe. 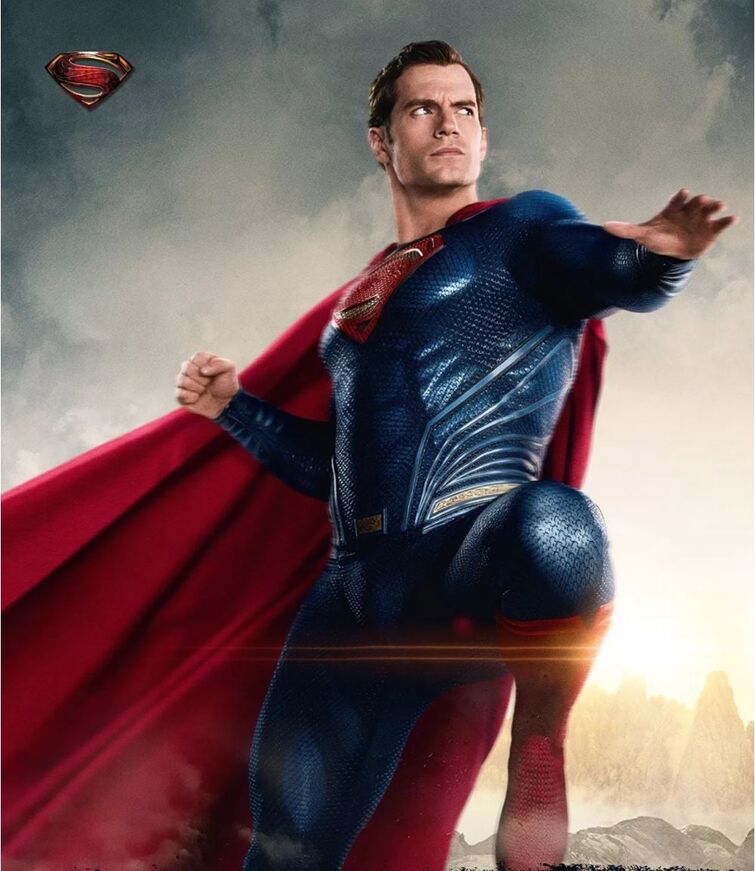 This particular Superman has resonated so well with me, thanks in large part to Henry Cavill's amazing talent as an actor. He brings Superman a level of moral complexity and emotional nuance not seen since the DC Animated Universe. This Superman breaks the "goody-two-shoes boy scout" stereotype that has plagued the character for a very long time and instead shows us, the viewers, the struggle of doing the right thing in a world that constantly scrutinizes Superman's actions.

Henry portrays Superman as a very human character and I think Superman has very human responses and very genuine reactions to his experiences, and for some, he might remind them of how they went through or got through some struggles of their own or some dark times. Since Henry himself has expressed interest in putting on the cape again, I thought now would be as good a time as any to talk about why I love DCEU Superman.

Personal choice is an important theme in Superman's journey throughout what I call "the Superman saga" of the DCEU. Each film presents Superman with a choice: he can either accept he has a personal stake in the main conflict of each movie and get involved, or he can just go home and hope for things to magically sort themselves out. His fathers, Jor-El and Jonathan, always told Clark that while he had great potential and a special destiny, they wouldn't be something that Clark would achieve easily. He would have to actively to choose to develop that potential and pursue that destiny. By accepting the mantle of Superman and choosing to help people despite the personal discomfort it might bring him, Clark truly proves himself to be the son of his two fathers.

And this is probably the point where a lot of you will criticize, call me horrible things and ask me, in the most aggressive way possible, how is it possible for me, or anyone else for that matter, to like this "fake" or "inferior" Superman who will never be considered be one of the all-time greats like Christopher Reeve, George Reeves or Tim Daly. That's fine, that's perfectly fine. There's absolutely nothing wrong with wanting and expecting different things out of the same character and the same franchise. We're all Superman fans here, we just see things differently.

The truth is that I love DCEU Superman is because while crafting his story, Henry and Zack Snyder chose "confrontational and compelling" over "safe and boring". They decided to make this particular version of Superman more fallible and human compared to other incarnations of the character. I myself enjoyed that this particular Superman was created for the purpose of fighting this supremely annoying misconception of Superman being an overpowered, unrelatable god whose only function is to inspire people to be and do good and that has no emotion beyond eagerness to do the right thing.

The DCEU is ultimately about the power of DC stories and I love how Zack and Henry used the legend of Superman to try to understand why Superman matters so much to us. While there are fans who see the DCEU movies as betrayals to Superman and his community, the stories within those movies are what so dramatically effective in achieving the DCEU's thematic goals. The whole point of the Superman saga is to show that, maybe, the legend of Superman isn't necessarily best used as an escapist power fantasy because, despite his feats and accomplishments, Superman isn't perfect and he will always have flaws, and when those flaws are exposed, they will always feel like a betrayal to the ideals and expectations we have placed upon the character and his community. Instead, the DCEU uses the legend of Superman as a tool to galvanize people behind a cause and make people believe in that cause. If an insecure, rookie Superman can choose to save a world that fears and hates him and then inspire others to follow him into the light, then maybe there's hope for us. All of us.

Ultimately, this all comes down to personal taste, like most things, really. I'm not demanding that you like DCEU Superman. I totally get why Superman fans, both long-time and new, prefer more idealized Supermen like Christopher Reeve or Tim Daly and why their respective stories as so highly regarded as they are, but just because they are the Supermen you prefer, please don't suggest that the fans that like DCEU Superman are in any way fans of a less legitimate kind of Superman because, whether you prefer an idealized and highly cheerful Superman or a flawed and more human Superman, these are all official and valid versions of Superman.

We have to remember that Warner Bros. and DC Comics are not singular entities that have remained mostly unchanged throughout the passage of time, but rather, publically owned companies with ever-changing infrastructures and hierarchies and that they operate within the highly competitive market that is the entertainment industry. In our modern society, people have virtually unlimited forms of entertainment at their disposal, which means Warner and DC have to make a lot of... controversial decisions to grab their audiences' attention for more than just a few microseconds. I may not agree with some of their decisions, but I do understand them.

Superman and his community have been around for 80+ years, which means Warner and DC must continously reinvent them, deconstruct them and reconstruct them in order to make them more interesting and appealing for modern audiences, lest Superman and his community will become parodies of themselves. As far as Warner Bros and DC Comics are concerned, DCEU Superman is a valid and legitimate interpretation of the character, so why should we believe otherwise? In 2013, Henry, Zack and their co-workers were tasked by Warner and DC to make a movie that would revitalize Superman for a modern era and honor his legacy. Whether they succeeded or not is a matter of opinion, but DCEU Superman's an official and legitimate version of the character that has endured the passage of 80+ years is not.

Well, that's all I have for you this time. Now, it's your turn to tell me what do you think about all of this. As always, this is the start of a dialogue and you have my thanks for participating in it and for taking the time to read what I had to say. Posting my opinions in this website doesn't make them any greater or more valid than yours and I'm just glad to have this privilege and this honor to share my opinions with you, although I do admit I did hijack this particular topic a little bit. The only thing I ask of you is to deliver your opinions in a polite and civilized manner. We're all Superman fans here, we just see things differently. So leave a comment below, thanks for your time and stay safe out there! 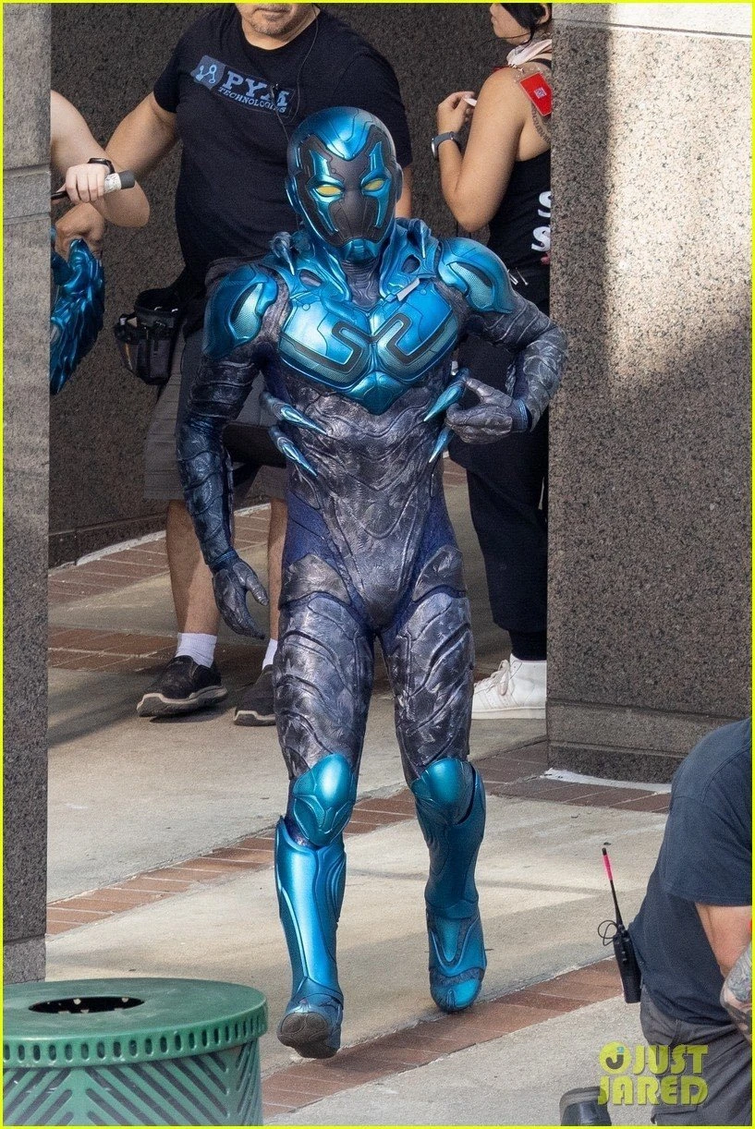 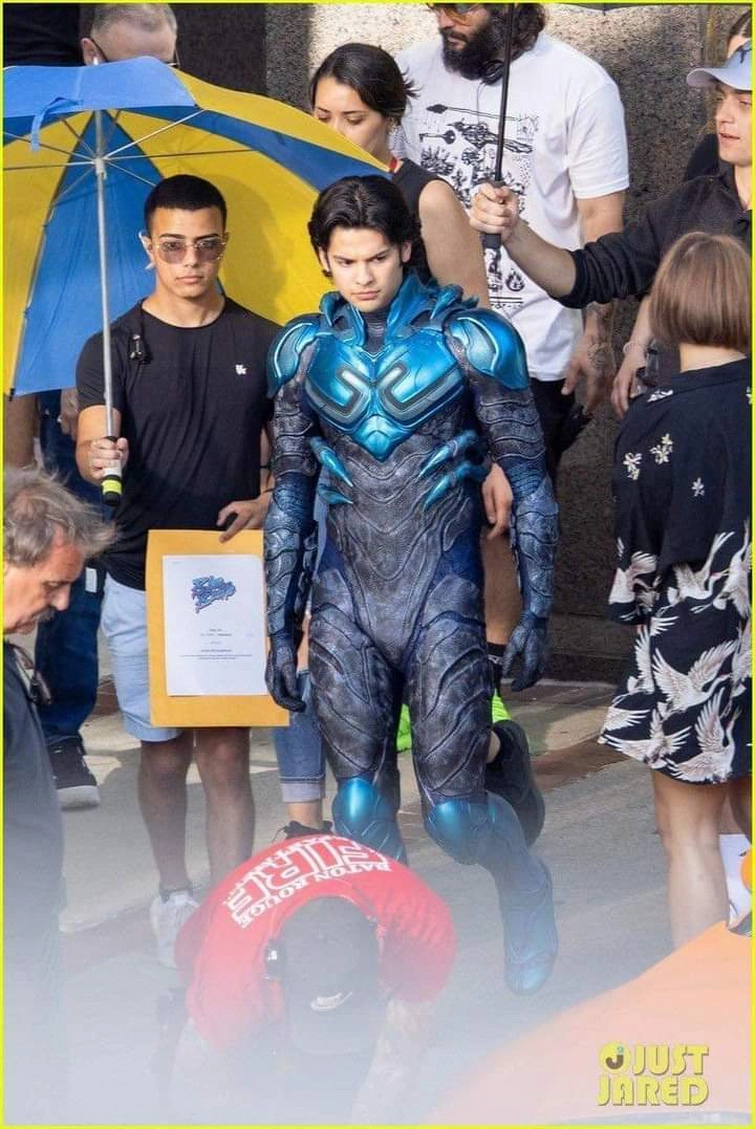 What do y’all think? 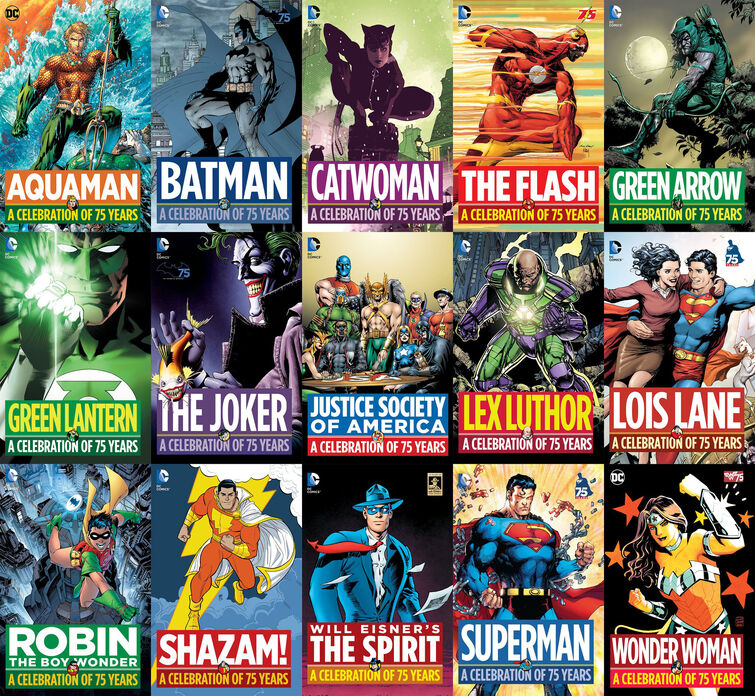 Has anyone read these 'A celebration of 75 years' comics? I recently came across the Shazam one and found out that there is a whole series of them celebrating the history of various characters and teams, such as Superboy, Wonder Woman, Batman, the JSA by reprinting some of their stories from throughout the history of the characters.

I really liked this series. I found it fascinating that how one can see these characters and their stories evolve and change throughout the years just from reading this one collected work. I might try and read some more of these. 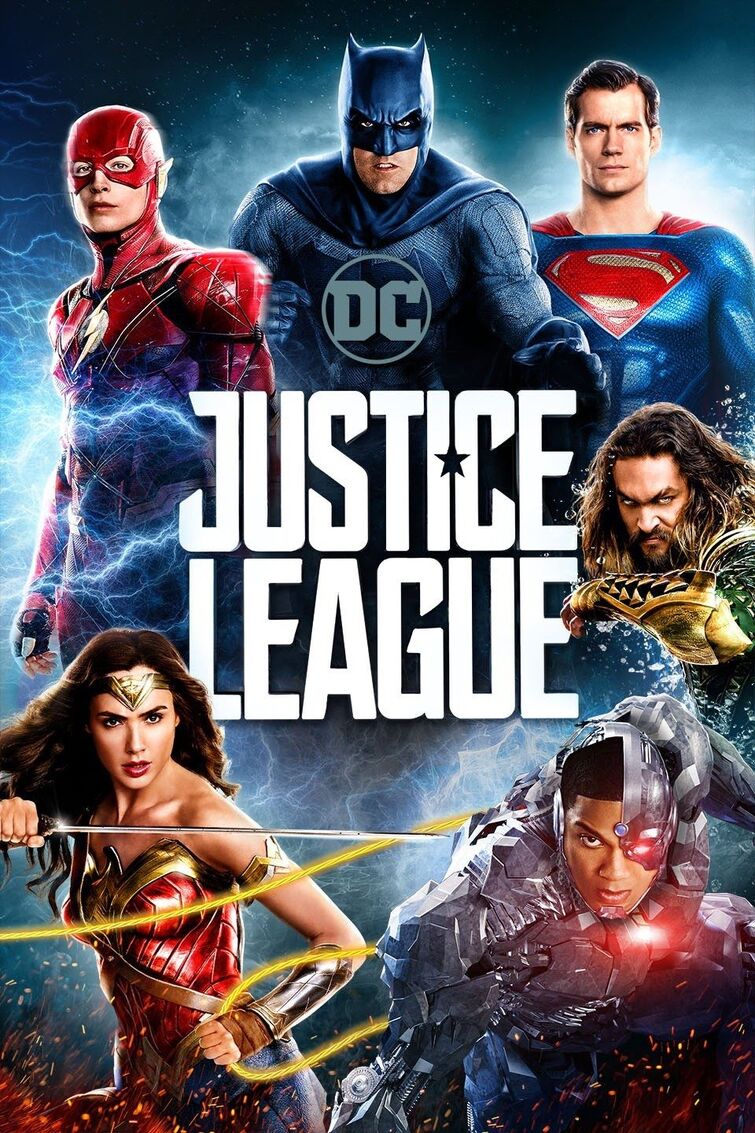 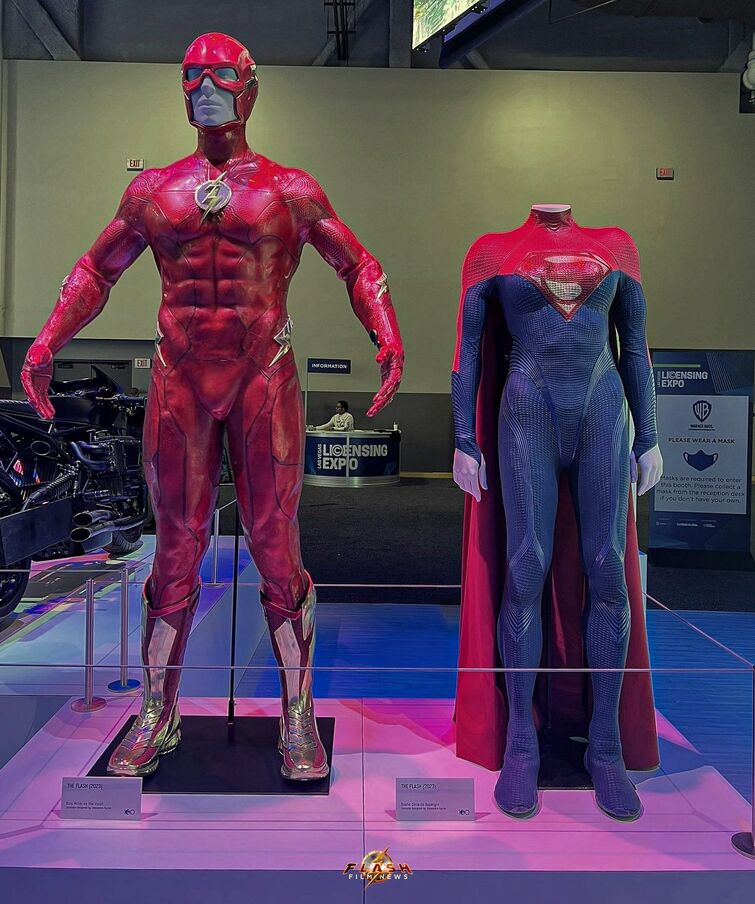 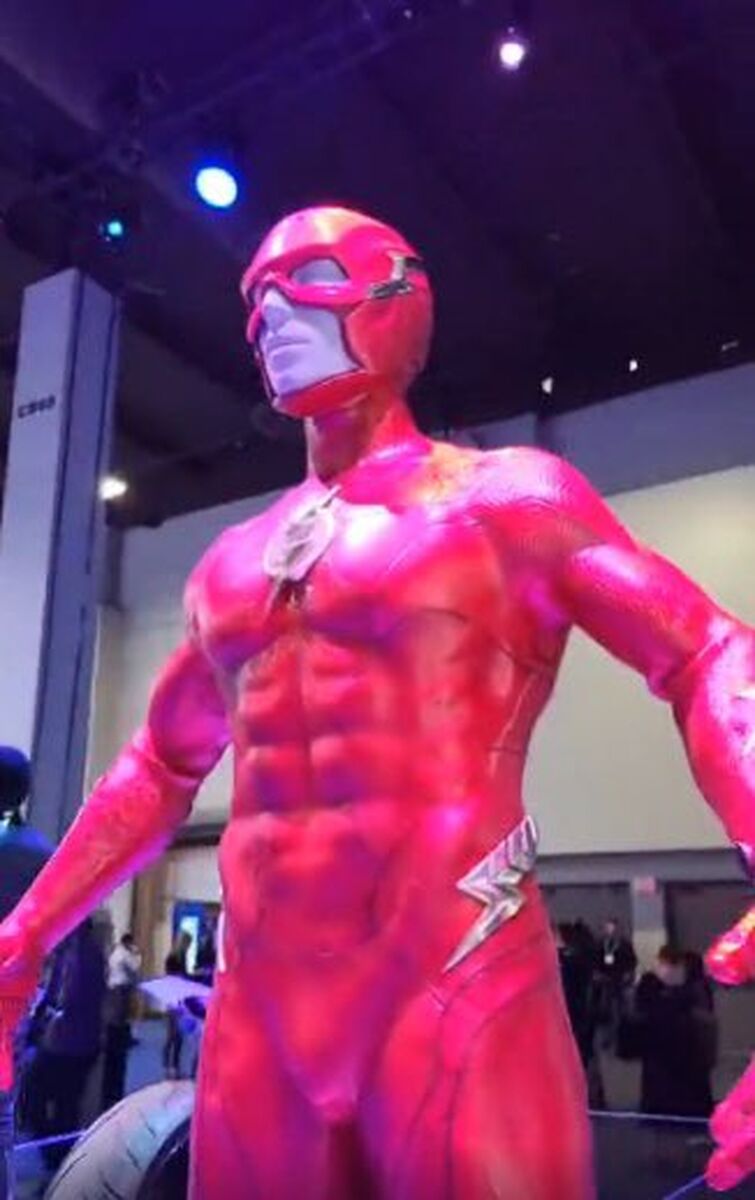 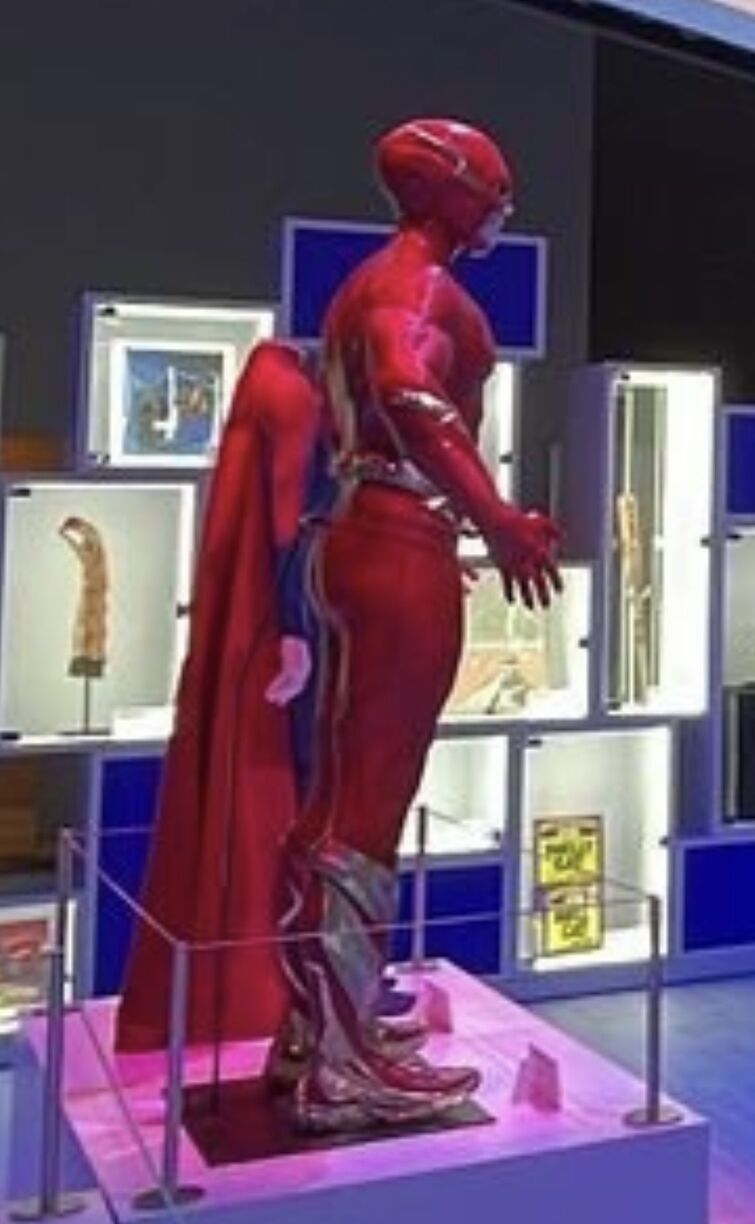 What the title shows pretty much.

RIP [REDACTED] I grew fond of you. Really wish wish you'll be revived and maybe even become a Titan. That'd have been splendid

Hope the apparent death of [REDACTED] in the latest issue of Robin isn't just a fake out but also leads to said character being gone for a short while. Probably not, but even if they survived I'd like to see them out of the spotlight for a while, it'd have some cool storyline potential

Don't know how I feel about who the imposter Deathstroke is. I mean it makes tons of sense and it's a character that absolutely deserves the spotlight, but I don't know how to feel about another hero turning evil. Still, it made tons of sense, and I wanna see them becoming a major power player in the near future

And last but not least, Angel Breaker is such a Boba Fett. Certain that her design is gonna make her blow up from this event and become a fixture for DC in at least the near future. Hell, this time next year I'm certain she'll be having a solo miniseries lol

Who are everyone's favourite super-pets? 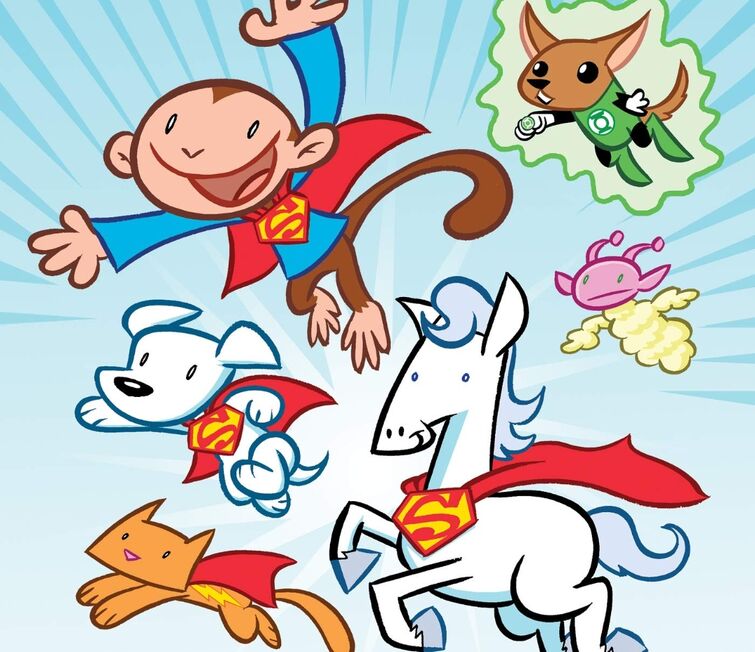 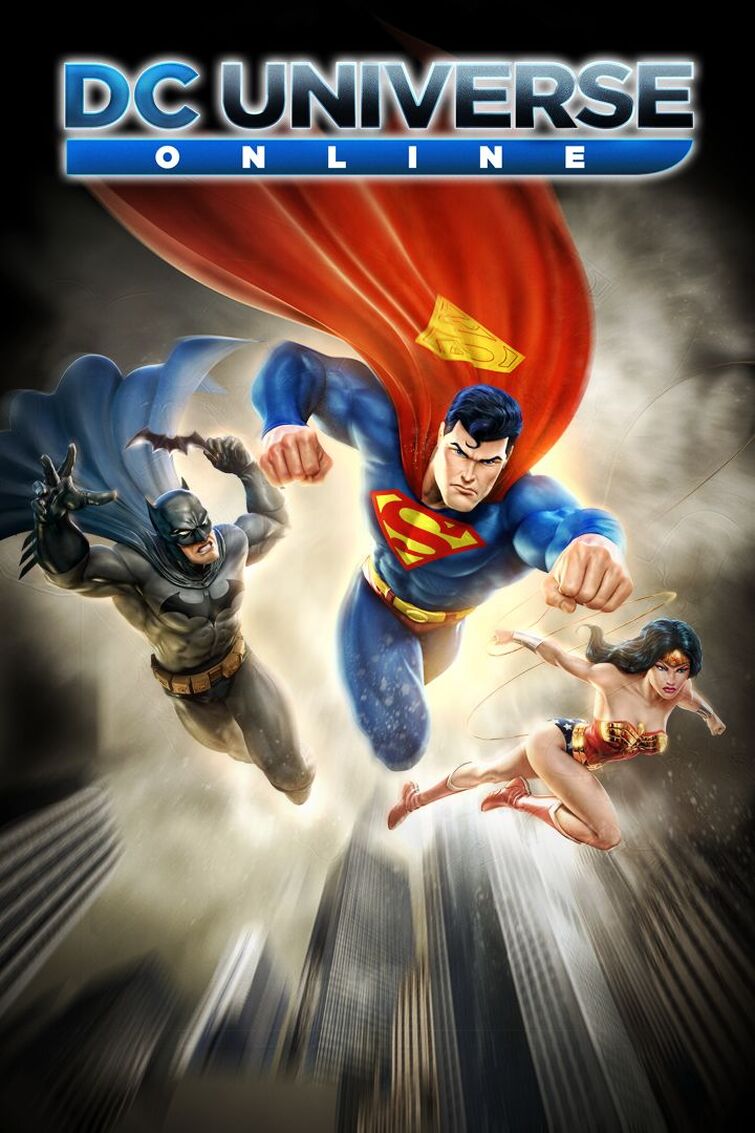 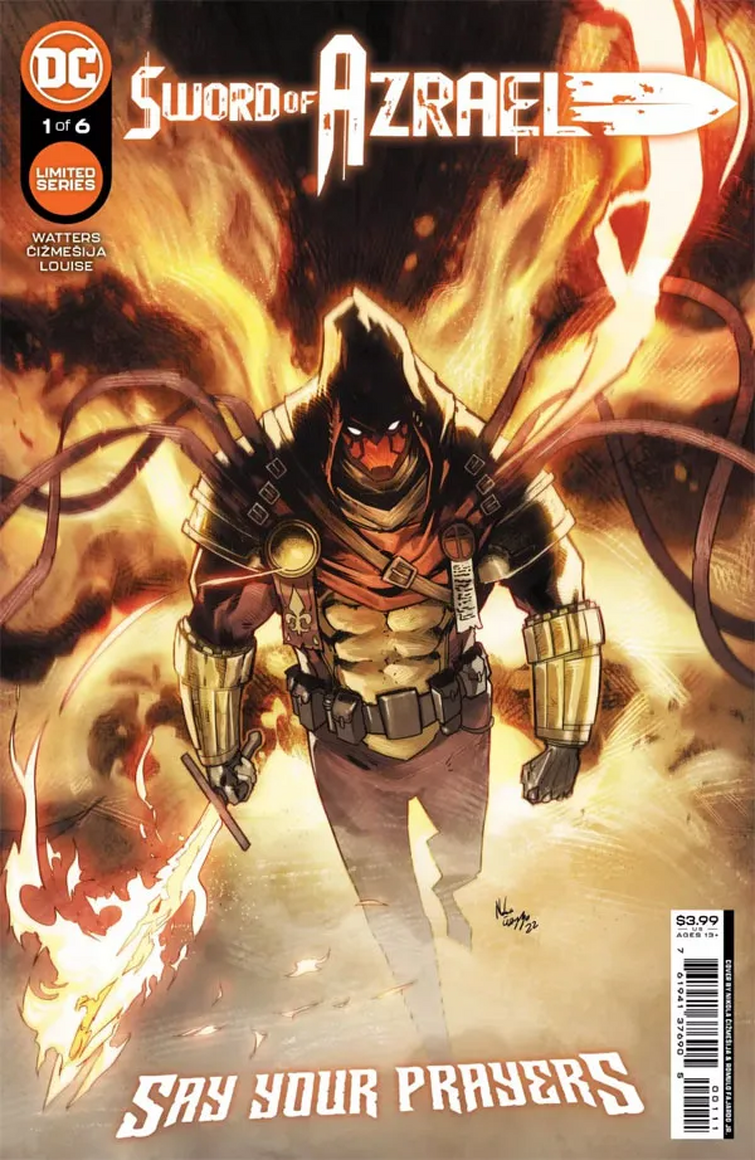 Azrael is getting a mini series staring him as the main protagonist. This is the first time Jean-Paul had his very own book since 2003. Anyone excited for this?

I hope it could lead to him getting his own solo series again.

These days I was wondering about Air Wave (Larry Jordan), and I tried to read his debut issue. 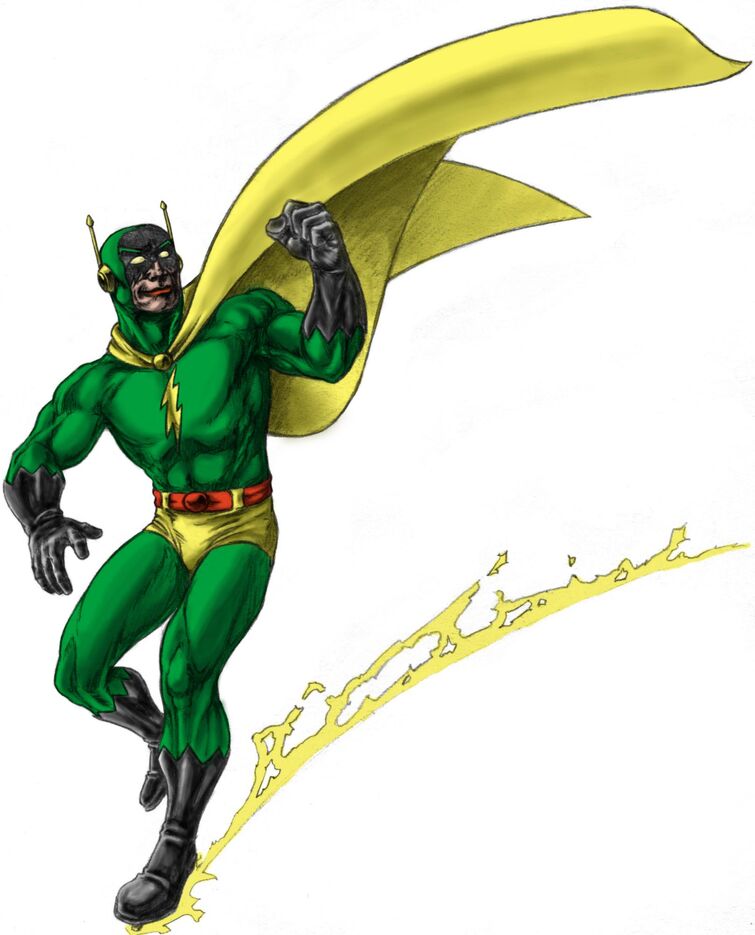 Like many Golden Age characters, his origins are not showed in his first appearance, so here's my question:

Does anybody know in which issue did they tell his origin story?

I tried to search on the wiki, but his page doesn't have notes so it's impossible to know in which issues the events described there happened. 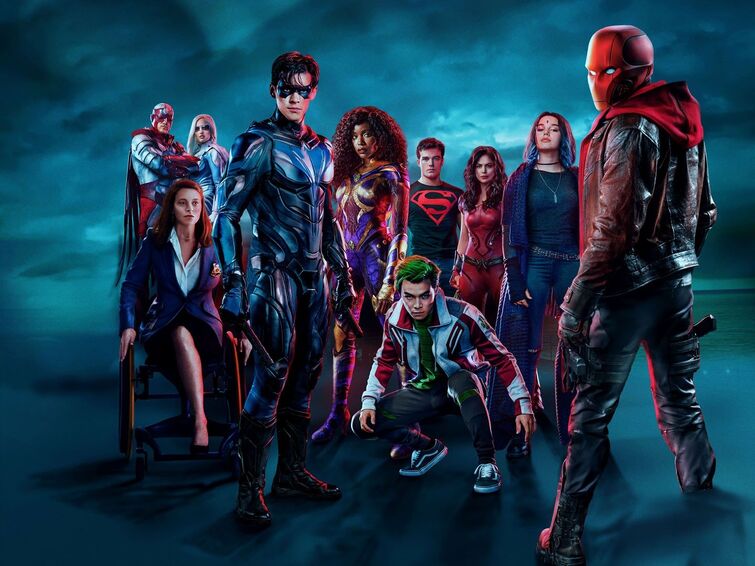 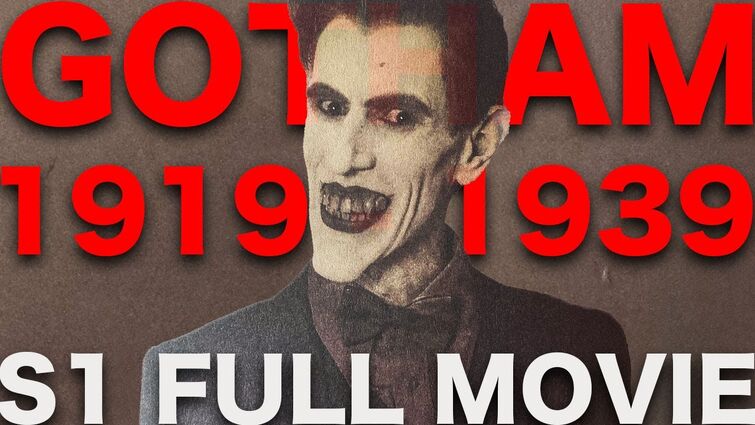 It could be long term, short term, from a villain (if you can find one like that), losing a single power, or many of them, what stories really stuck out? Any exceptional character development or was their reason for losing the powers exciting enough to take over the whole story?

So apparently the batman who laughs first appeared in a 2017 comic yet somehow he was in dc universe online in 2011, how does that work? 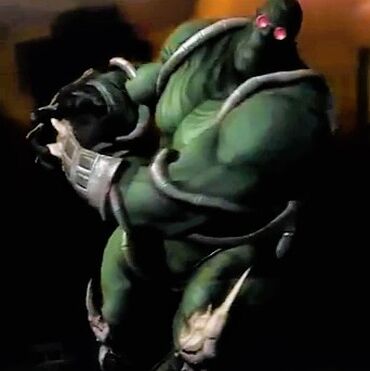 Injustice: Gods Among Us 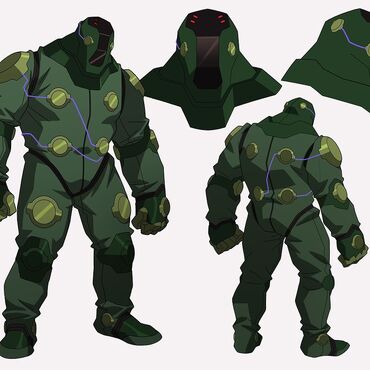 The Death of Superman 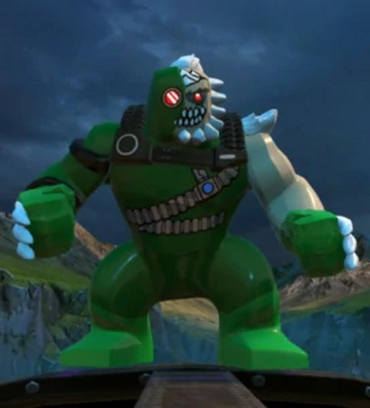 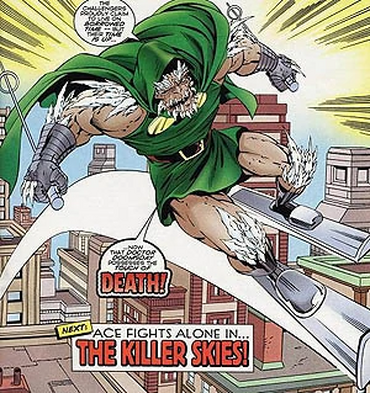