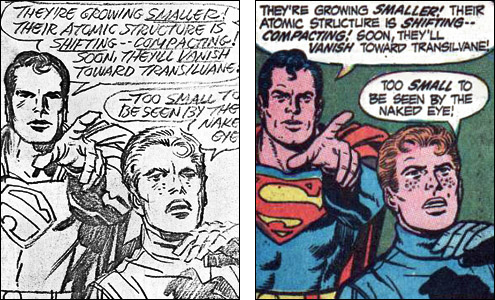 As for me, I'd say it was very similar to Faze. I owned the 2008 edition of the DC Encyclopedia, which helped me become aware of all the minor characters. When I read Crisis, it blew my ten-year old mind. After that, however, I pretty much stopped reading any comics.

Years later, I had been "re-interested" in comics by reading collections of Dick Tracy. I then decided to pick up some "big-two" comics at my library. I'm not sure which one it was, I think it was Gotham Academy, but something sold me on DC and I kept reading more. Eventually I read Batman R.I.P. which started my love of Batman. (I liked the character before (Thanks to Len Wein's run), but that story was the one that made me truly interested in reading all his stories.)

Also, I would like to mention that Scott Mccloud's Understanding Comics kept me going during the points when I was doubting my hobby.

I also grew up watching the dvd collections of Superman: the Animated Series, which helped introduce me to the concept of DC.

What got me into DC?

Well, I always liked superheroes, you know, movies, shows, animated movies, animated shows, and one day, at the age of 9, or 10 I don't remember, I read a comic (identity crisis #2) and I liked it, I didn't understand anything, barely knew some characters, but nevertheless I liked it and swore to understand what was happening. And two years ago, I fulfilled that promise by buying identity crisis and having some background on the characters (some thanks to comics, some thanks to this wiki)

Well the first comic I ever read was Action Comics Vol 1 319 and I really enjoyed it. That was when I was 12. The first thing I ever watched was Batman: Under the Red Hood when I was 14. I is still one of my favourite movies. I just watched The Death of Superman and was hugely disappointed, so I just watched Flashpoint after.

By the way, if you don't agree with the way I have spelled favourite, it's because I'm British.

I swear to God, it was this JLA comic book I got from cereal box. I read it I was like I need more crack. Then I read Infinite Crisis and countdown to infinite Crisis. After that day I was hooked. The cartoons also introduced is the world.

I was serious guys. I don't remember if I saw Teen Titans or Justice League first.

Just the little bit of everything that made me a DC fan.

By a television show