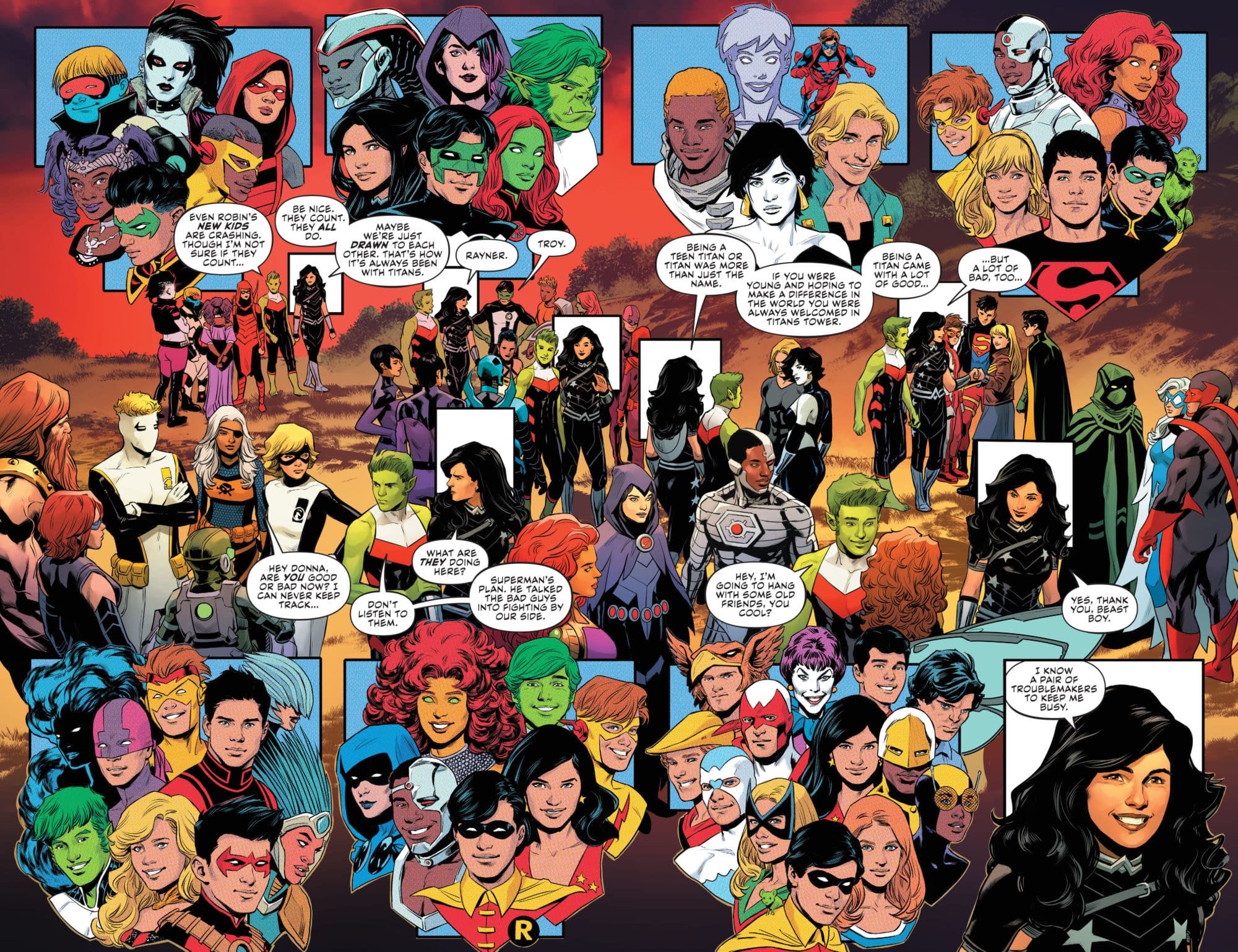 I don’t fault the artist in any way, it’s a great spread - it’s very likely editorial said which members to choose, if not the writer. I just really like the Teen Titans and this is me being regular dc fan™

My review is that OG starfires hair looks funny

HEY! BETTE KANE DESERVED TO BE THERE! SHE WAS ONE OF THE ORIGINAL 16! Also! She was part of the Titans WEST not the Titans East.

The point wasn’t to just show “important” Titans. It was to show snapshots of Titans rosters through the ages, particularly at beginnings of titles and the like.

So we get the original group (Titans East + Titans West), sans Gar and Donna because they’re leading in the live scene—and Wally for some reason. Lilith’s right there.

It’s all on theme. It isn’t about which characters “mean” more to the mythos.

@MaxKiller211 what edition and what title is that image?

@LuckDCcomic The image came from this issue.

Thanks! I was thinking this too