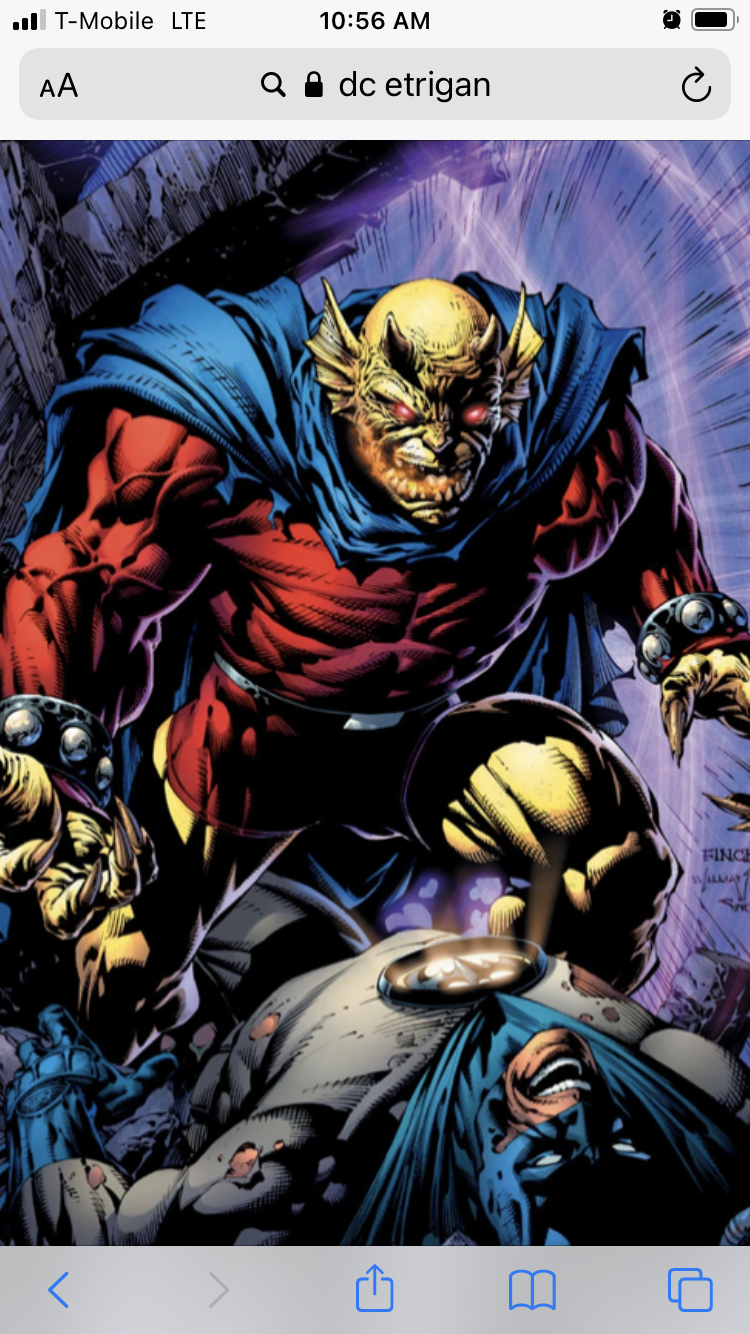 Good point Good Point he is a great villain though

Read some of his comics. You’ll actually get to understand the type of character he is that way.

@Arise Etrigan You have anything to add here?

The way I see it, no one can “actually” understand a character unless that person reads their appearances firsthand. Otherwise, they’re just understanding the basic concept. A character is far more than the information one could read on a wiki or from other secondary or tertiary sources. That’s not an insult or anything, though.

I guess your right

And different writers have different perspectives that can change the character over time. Fortunately Etrigan has remained quite consistent since his inception.

Etrigan is not neutral, at least, not by choice. As he has an uneasy symbiosis with Blood he is somewhat obliged to cooperate to a degree if he ever wants any liberty. Blood usually only sets him free for a fight which Etrigan relishes but he is calculating and manipulative so will secretly have his own agenda at times. Even when Etrigan fails he at least gets some pleasure out of any discord he has sown.

Even when his does seemingly virtuous things there will be a sinister rationale behind it. When he spared Batman’s life it was because he saw a darkness inside him. Etrigan would rather see a man’s honourable intent destroy him in the long run. The road to Hell...

Etrigan once described himself as the “king of hate.” He hates indiscriminately. He is not bigoted or bias. He hates demons as much as man or angel. And the way he talked about his role, I believe he hates himself and resents his own existence. He finds distraction and pleasure in pain and suffering, be it violent or emotional.

Jack Kirby made a classic horror archetype with a twist. An evil to fight evil, and not necessarily the lesser evil. Matt Wagner gave him a new layer of a the tragic monster who was the villain of an even broader tragedy. Cold, patient and remorseless. Alan Grant and Garth Ennis wrote a truly dark comedic character who relished in carnage and chaos.

All the New Earth titles are worth a look except for Byrne’s Blood of the Demon. That is not a good title that tries to expunge all the other titles.

Etrigan is alright. He's not been too busy and isn't very famous but he's cool. Soon as he gets a redesign costume-wise, I'll be liking this guy a lot more.