Where does this tittle fit in the DC timeline if it even is connected to the earth-0 infinite frontier continuity, because in one scene superman is talking to President Kennedy in 1963, then years later he is telling Manchester black about the orignal round table he got as a gift from king Arthur after helping him in the battle of camelot this makes it seem like this a seprate comic but there is also the fact that it is connected to superman:son of kal-el which is known to be set in the main DC continuity , I just can't figure it out does anyone know about this 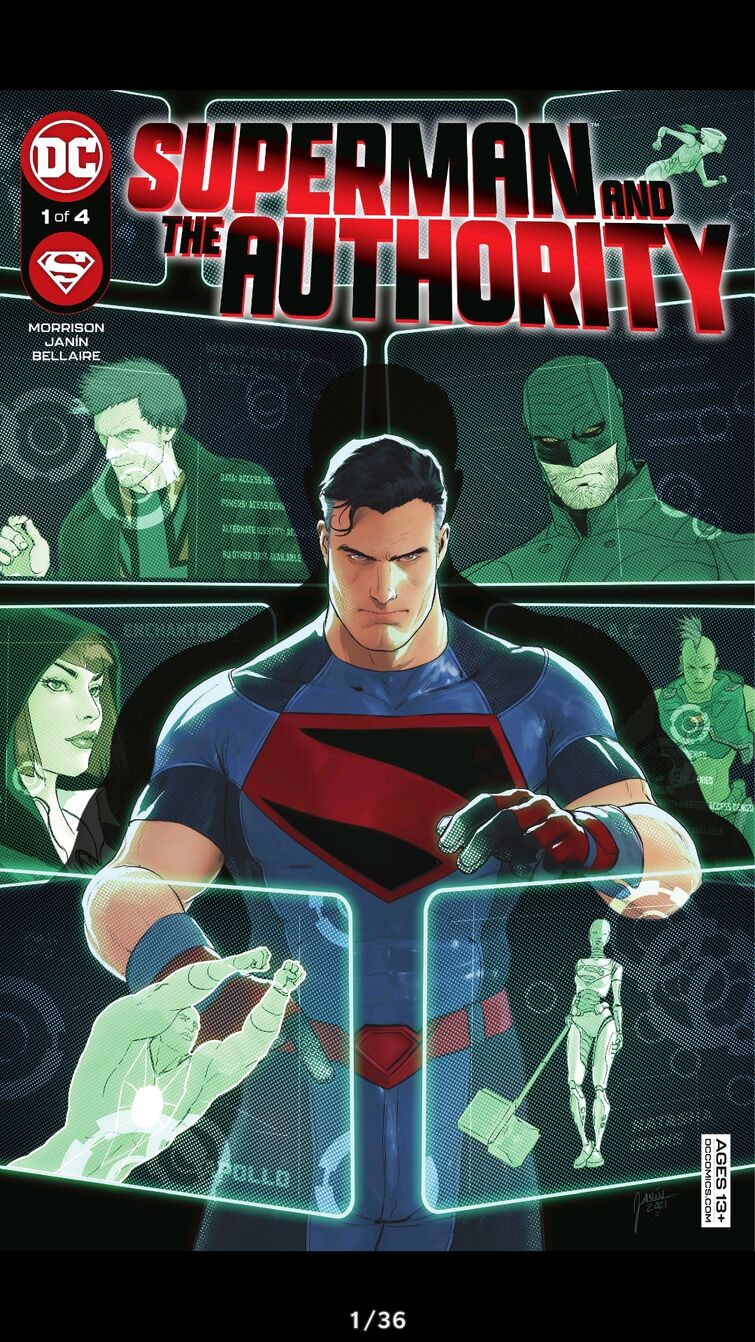 I don't understand anything Morrison writes and he's the least enjoyable comic book writer I've ever read, but this series is making me curious so I might read it.

That is all good but where does this book fits in the timeline ??

It doesn't. It's Morrison. It doesn't have to make sense.

But Superman looking like Earth-Two/Kingdom Come Superman is tricking me into buying this.

On the contrary they can't be more apart, the superman in kingdom come got stronger as time went by but this one is starting to lose his powers

Yeah I mean just by design. And by the fact this Superman seem to be very old. I like experienced and old heroes and his design is similar to Kingdom Come Superman (white hair and symbol with black background).

Can't deny that, this superman design looks awesome even more so than the kingdom come suit, only thing it's missing is long sleeves, a cape and to be drawn by Alex ross

Infinite Frontier “reintroduced” the multiverse back into “main continuity” storytelling. Something they are wanting fans to figure out is that not all of the current books take place on the same earth. This is leading to another “crisis” level event in the next year or two.

Oh god us this another time travel mess? DC also did a similar thing with Green Arrow, saying he was around in the 40s after being time displaced and joined the 7 soldiers of Victory, because everything is canon now or whatever.

Ugh... I'm having an headache... Pre-Crisis was simpler 😅