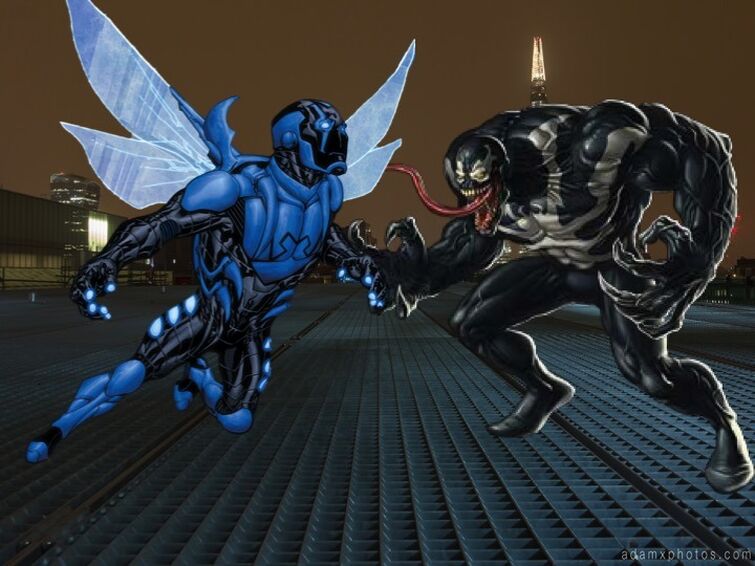 Khaji Da doesn’t have the same relationship with Jaime as Venom does Eddie. The scarab functions a lot like a Green Lantern ring. It can scan its environment and communicate its findings to Jaime. It’s like having a civilian at the home base who radios information into your earpiece. It advises Jaime, but it’s not usually actively pushing Jaime to act in villainous ways as the Venom symbiote did for many years.

I think it appears more closely to Iron Man and J.A.R.V.I.S. relationship, if anything.