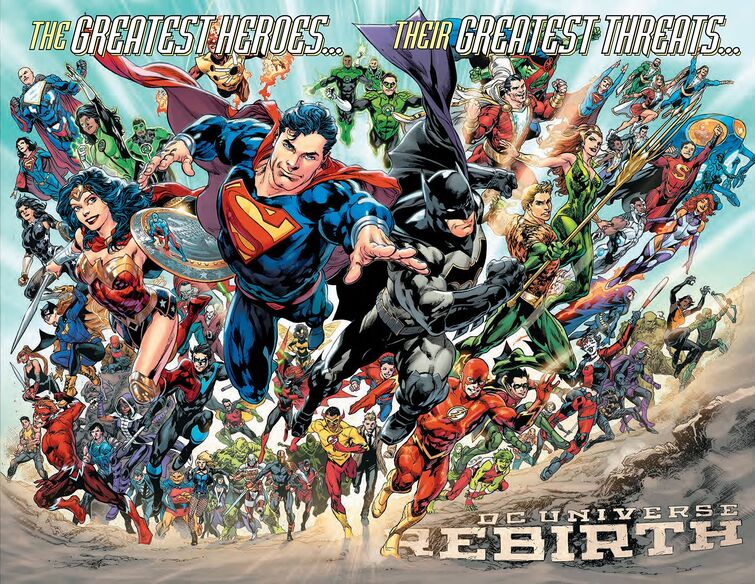 Marvel is currently way more popular than DC, like always, and DC has always replaced its older characters with new versions, the core of DC comics is built upon new characters taking the titles of old ones. Future State is more extreme than others, but it’s a testing ground, it shows possible new iterations to see how they work as characters. Not all of them will succeed, but I really like Superman: Son of Kal-El and I love Yara, I’m not a big fan of Jace’s series but he’s fine as a character. No they won’t replace the Trinity permanently, but they can be used to explore new angles. DC has been rolling back it’s evolution and growth for years, it’s time to push forward and change, because that change is what makes DC’s best characters great.

As long as the Trinity's successors are relegated to alternate universe, parallel timelines and what-if scenarios, I can live with that change.

Bringing a new character to take the mantle of an important character like the Trinity is not "changing or rewriting" history. DC has been doing it for years. Sure there are a lot of characters who could already replace Batman, Supes, or Diana, as was probably intended when they debuted in comics. But over the years, those characters learned to make their own names, instead of walking in their shadows and eventually in their shoes. Wanting the Trinity to stay the same and never allow other characters to grow to take their place is not very open-minded.

I know why they’re trying to use old famous characters and make them different it’s because they know that they don’t know how to make new interesting characters after all every time I’ve seen a new interesting character arise they kill them off this is the reason I’m very picky about what I read and I only read about pre established characters because any good new character they either kill off or (if Chuck Dixon made them) absolutely mutilate character wise. This is the sad reason why the comic industry will crash and burn in the next decade unless they get better at their job which shouldn’t be a political agenda it should be entertainment.

@Leader Vladimir DC has always been about legacy. You do know that there was a time when the flash was not either one of Barry or wally, DC took a chance and passed the mantle from jay to Barry and when his story was finished wally west became the new flash and most of the things good about the flash today were introduced during his time and if the mantle isn't passed what was even the point of introducing characters like Robin, kid flash, wonder girl, Superboy etc although most of them have built thier own place in the DC universe but not every one of them can become nightwing, jon will be a much better superman than he was ever a superboy if his story is countinued and same with Damian if he becomes batman

@Thegreatness05 I disagree about Jon and Damian becoming better heroes than their fathers, particularly because Clark and Bruce are active heroes still carving out their own legacies, but I still respect your opinion.

I started reading marvel comics in 2019

Don't revive old posts. And this is not the Marvel wiki.

Sorry I was under the mind control of mesmero 😵

Who the fook even is Mesmero? You’re in the Wrong Wiki dude.