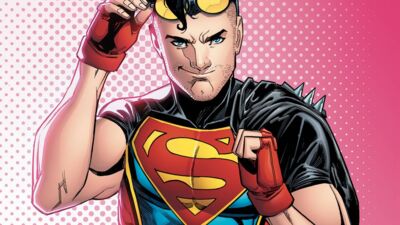 Superboy, also known as Kon-El and Conner Kent, is a clone of Superman and Lex Luthor. Originally created as a clone of Jon Lane Kent and an Unknown Donor, his origins likely changed when Mister Mxyzptlk merged the legacy of the Prime Earth and the New Earth/Convergence Superman. 1 History 1.1... 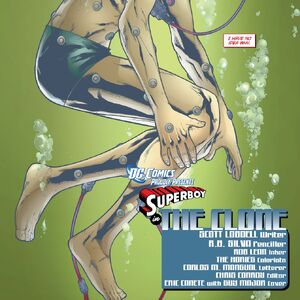 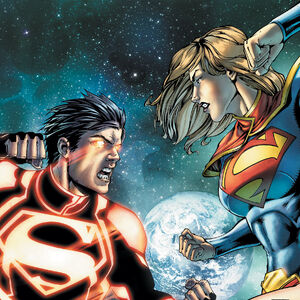 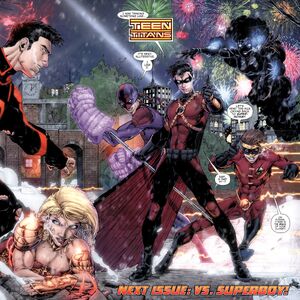 When was the first time Superboy was called Kon-El in the New 52?

So the superboy page is, to be blunt, a hot mess. It combines two unrelated characters and tries to pass them off as one. I think the new 52 superboy should be in his own page while the current one stays as the main prime earth.

I think it should be changed to Young Justice Vol 3 15 Textless.jpg

I believe the new image would more accurately reflect the way Superboy looks.

Superboy, Impulse, and Amethyst in Young Justice Vol 3 are incorrectly labelled on all pages for that series. Since the book was published in 2018-present, it's been classed as the New 52 characters here on the wiki, however, the narrative makes it clear this isn't the case. Conner is explicitly not the same character as the New 52 version, who was erased from existence in Superman: Reborn. Instead, he's supposed to have evaded the Flashpoint timeline changes because he was in Gemworld. Of course, that goes for Amethyst as well. And Impulse was stuck in the Speed Force and thus is not a new character introduced in Flash #50, but instead the same one introduced in the 90s. All three are in fact their New Earth versions, not their Prime Earth ones. In fact, Amethyst doesn't even have the same real name, as the New 52 one was called Amaya but the original and current ones are called Amy Winston (that's just been confirmed by a solicit for her new solo book).