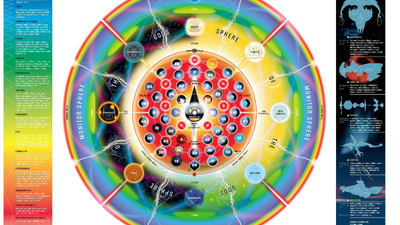 #Perpetua's Multiverse was the original form of the multiverse but it was twisted by its creator, Perpetua, into a dangerous self-sustaining weapon. It was reformatted into the Original Multiverse by the Source with Perpetua sealed behind the Source Wall. The Multiverse consists of multiple...

Hi! I have been on other Fandoms before but never got to this one. Just a question. What's your favorite Earth?

I know the dceased one is one of them, but what about the others? Can you help me out? 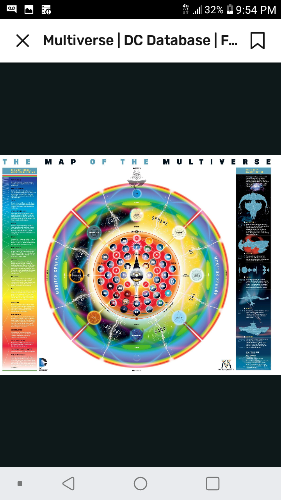 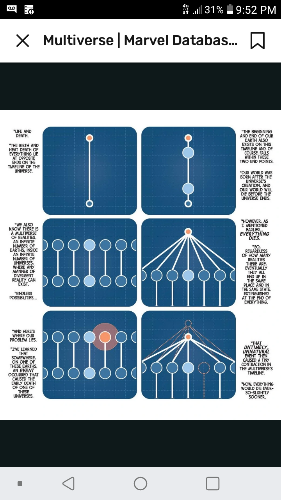 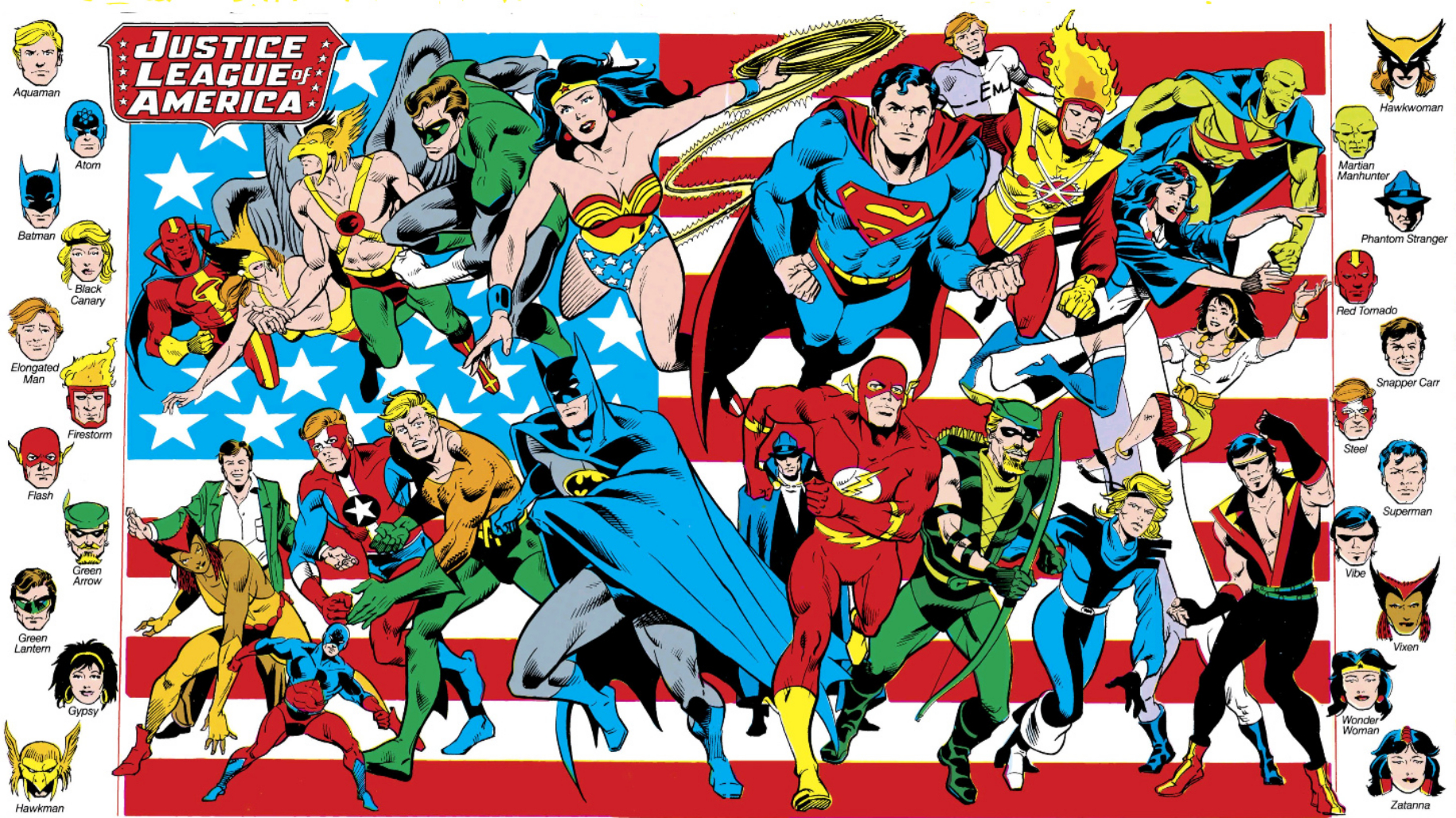 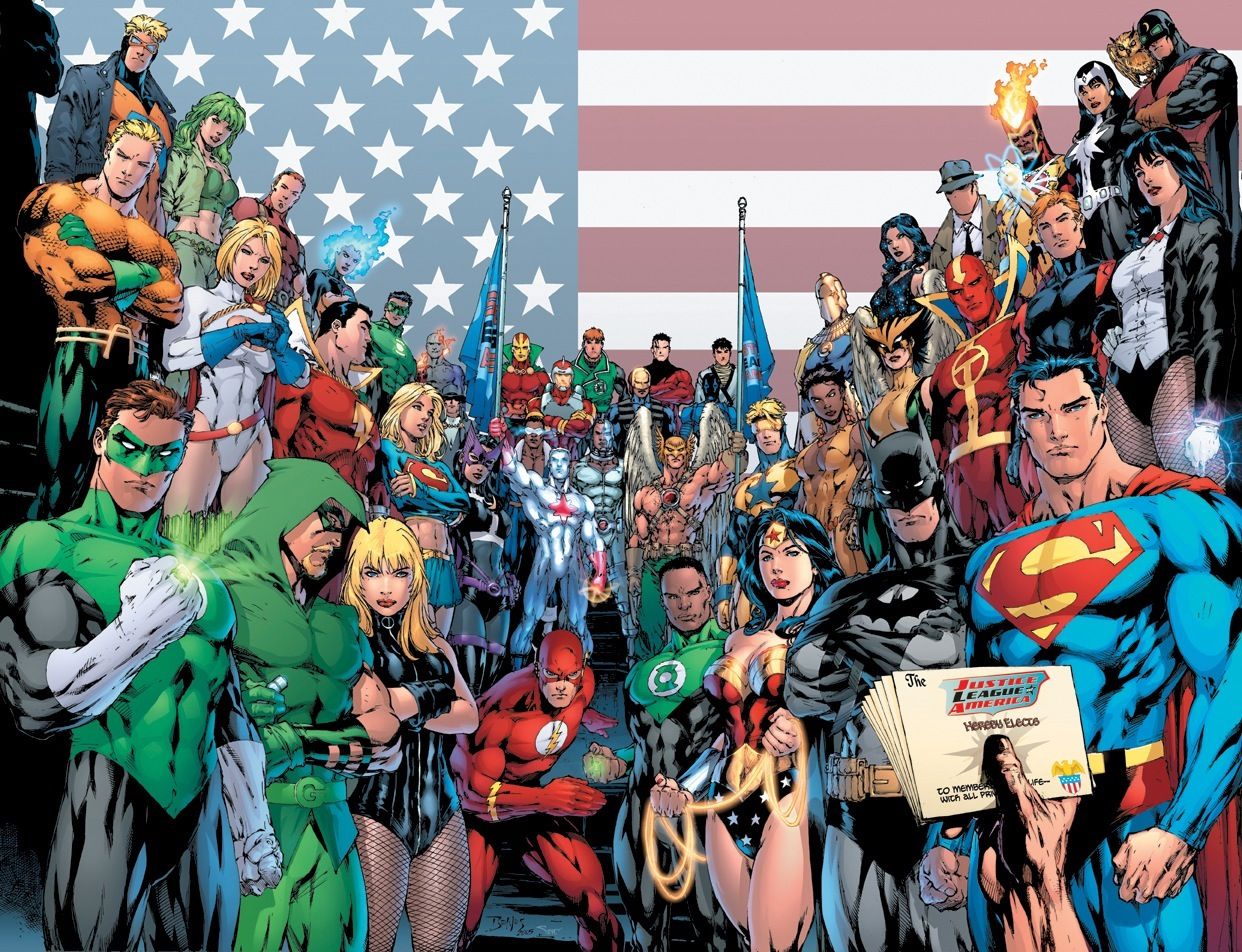 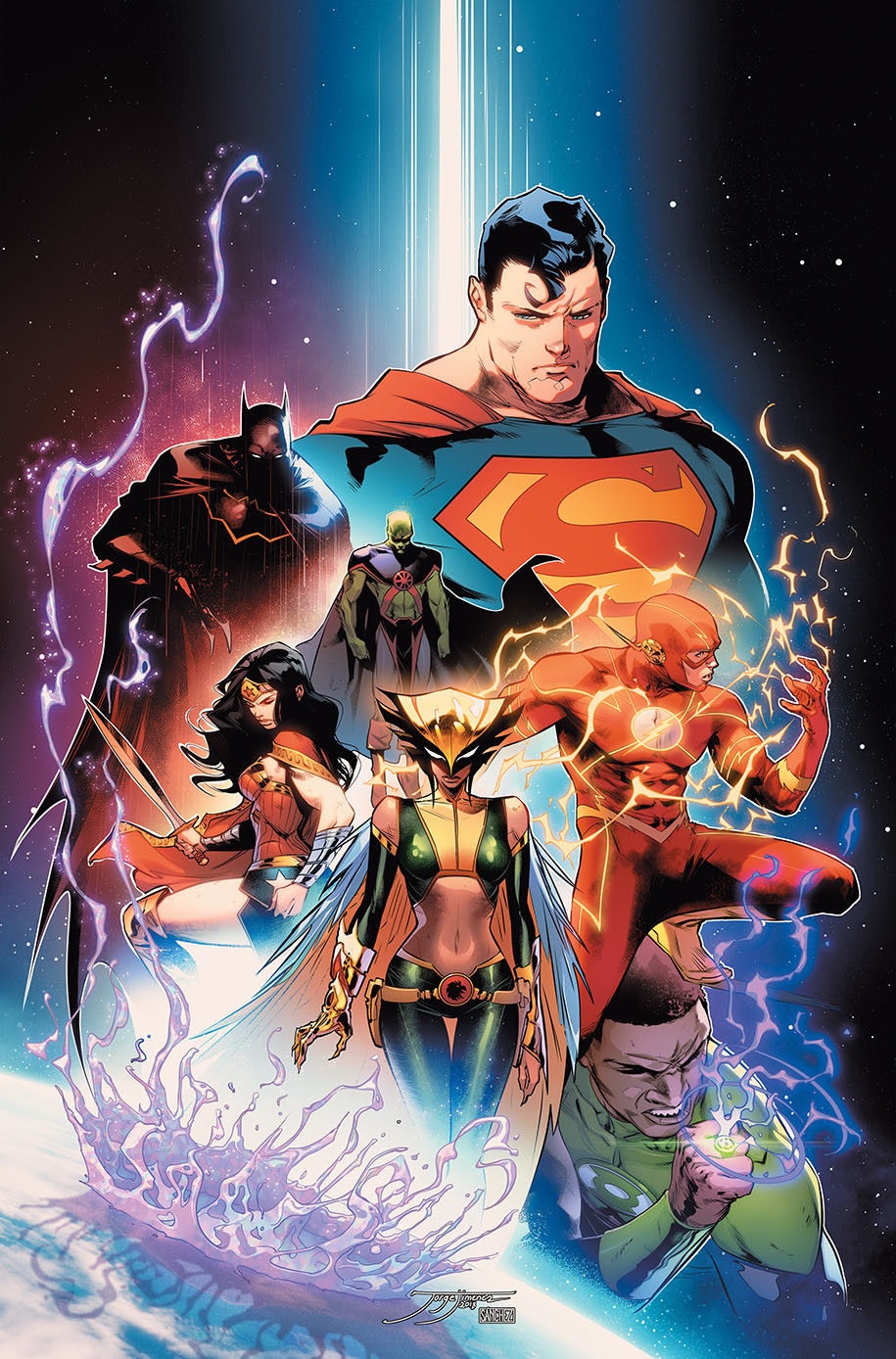 MultiversePrime EarthNew EarthEarth-TwoEarth-OneDC Universe
Yeah, they should take a break from those.
No, I don't think it's a problem.

I suggested this to admin TimeShade, but then I figured I should ask you guys! They's be huge projects to undertake, but they (at least the first one) would be well worth it!

1. DC Live-Action Multiverse Wiki Since the Arrowverse has confirmed several pre-determined DC universes to exist in one multiverse, I think it would make sense to have a wiki for the entire live-action multiverse, with each page in detail. I feel like a complete and comprehensive guide to the DC Multiverse and the characters that inhabit it to would be great to have.

2. Justice League Trilogy Wiki If we do this one at all, we should definitely do it AFTER ZSJL comes out, but given that we don't yet know how JL will fit into DCEU canon after Snyder's vision is out, it may be retconned out of existence altogether. If this happens, it deserves more of a home than just DC Database (while it is awesome, it's very long and complex and things get easily lost in there), so I propose this wiki. When I say Justice League Trilogy, by the way, I mean Man of Steel, Batman v Superman: Dawn of Justice, and Justice League. Oh, and I guess Wonder Woman took place there, too. You know what, if you have a better name, I'd love to hear it.

(edited by OliverMichaelWest)
MultiverseJustice League (Movie)
Yes, it was awesome!
What?! How did I not know about this?!! 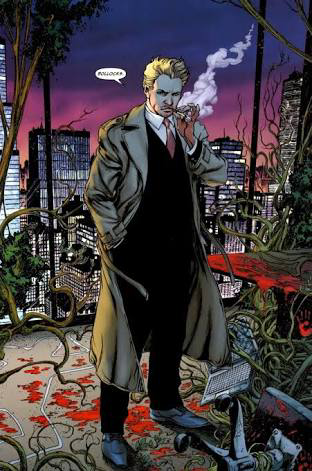 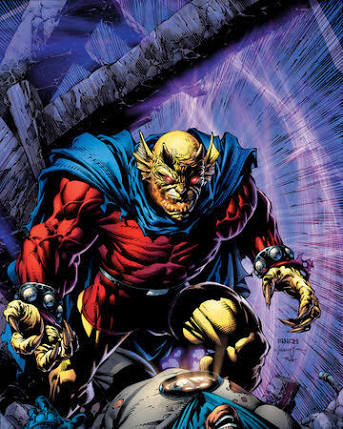 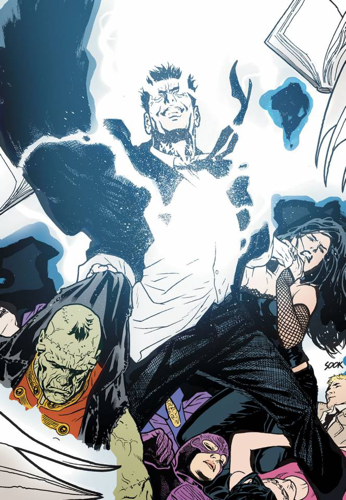 I just heard from something at DC Fandome, that The Flash movie will connect the Multiverse with all DC. Is this true?

This basically the same as my first post but certain people messed that up so I deleted it. We can continue On topic here. 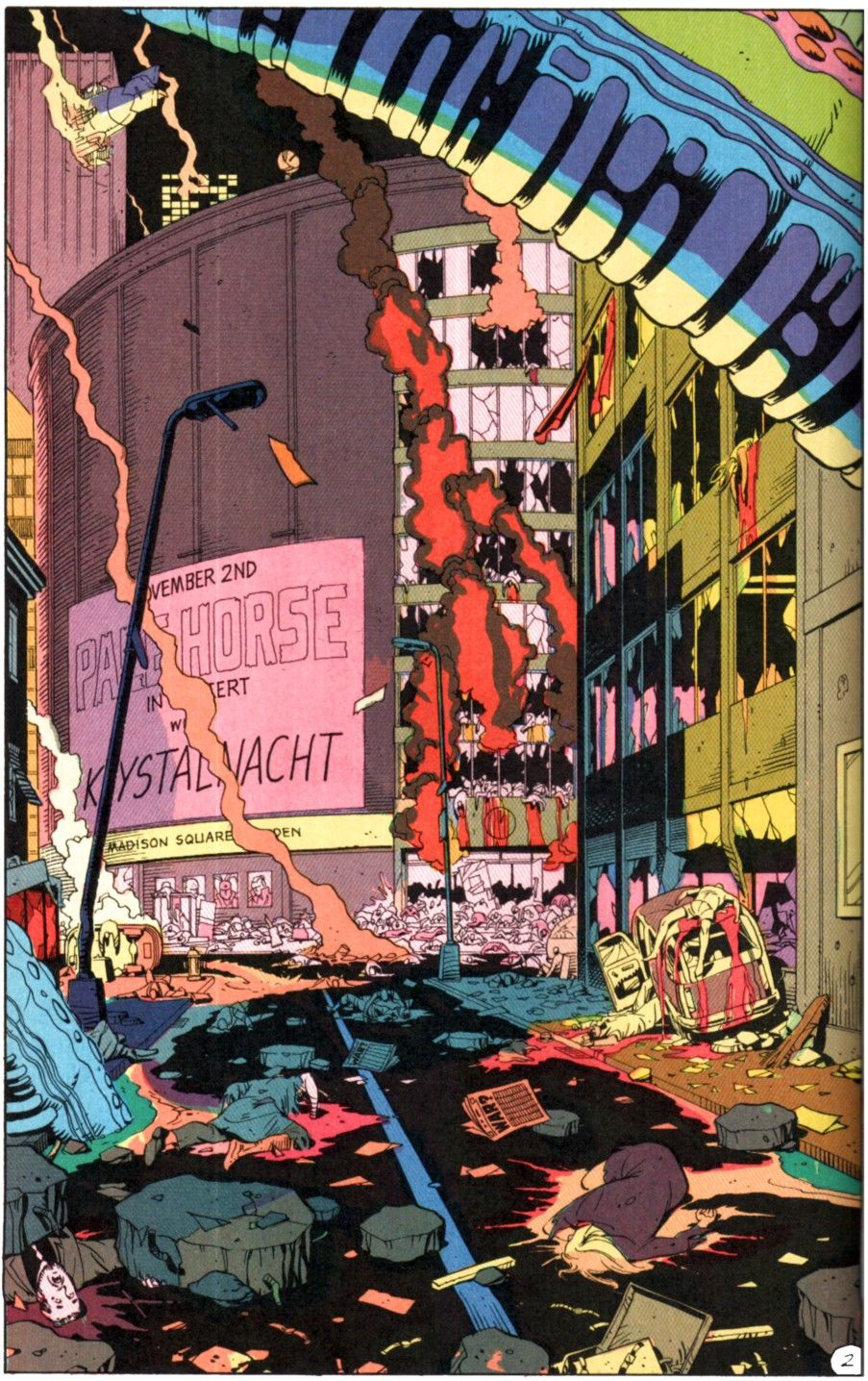 Okay! There’s another Earth/Universe/Multiverse threat that has decimated a few DC teams. The threat and the excuse to form the team are not really relevant. It’s more of an excuse to form a team. So the instructions/guidelines are:

1-There can only be one character from a singular team

2-The characters that have belonged to multiple teams at different times will be considered for the team that you are postulating them from. eg: Dick Grayson can come from Justice League or from the Teen Titans. Beast boy can represent either Doom Patrol or the Titans. This will allow @N8THGR852 select all Titans/Teen Titans members under the excuse that they are coming from a different team. 🙂

3-Also variations of teams are allowed to have different representatives. You can pick one from JLI, another from JLA, another from JLE (Europe/or Elite). 4-Try to have a power diversity. You’ll need at least:

• A veteran from a crisis/major event with knowledge ion this kind of desperate situations.

4- No lords of order or chaos, forces of nature, gods or cosmic entities. We’re aiming for an underdog story

5- Please indícate if you’re participating in a poll to choose the best team later on. The first 6 will participate. If we get 12 I can do 2 polls and later a 3rd to choose between the two winners

I’m not caught up with my recent comics reading. And I won’t be up to speed in a while.

Is Perpetua the most powerful being in the Omniverse (as described in her entry)? Meaning as powerful as the Presence? 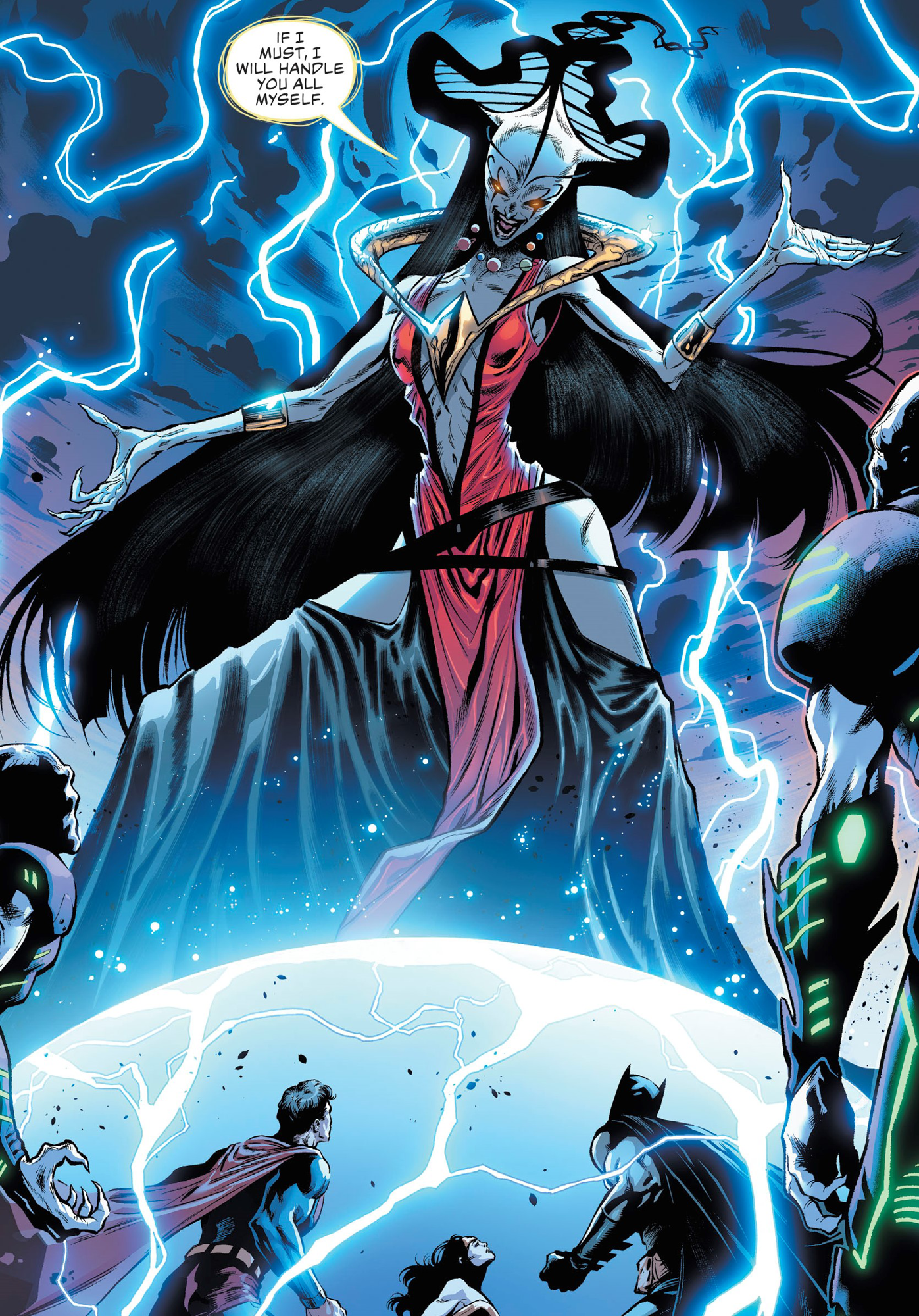 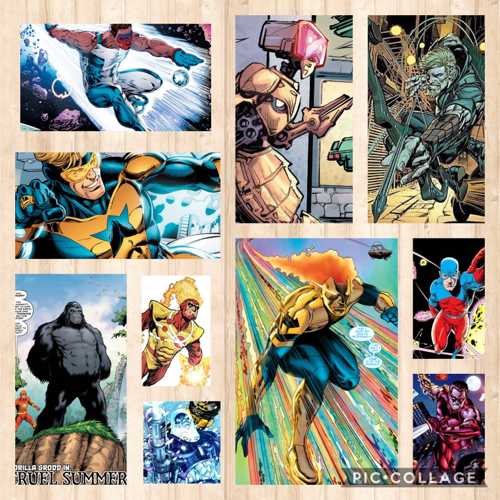 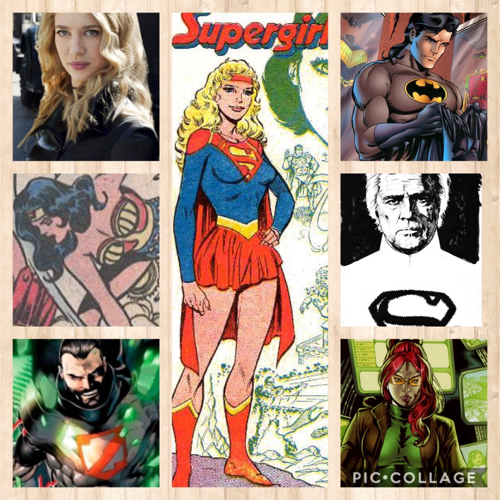 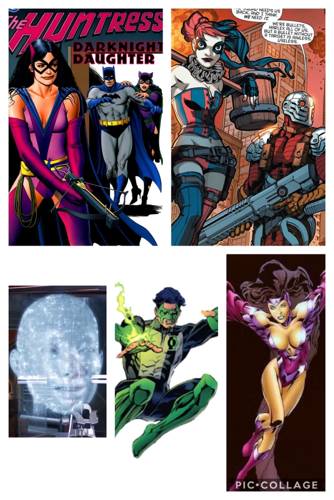 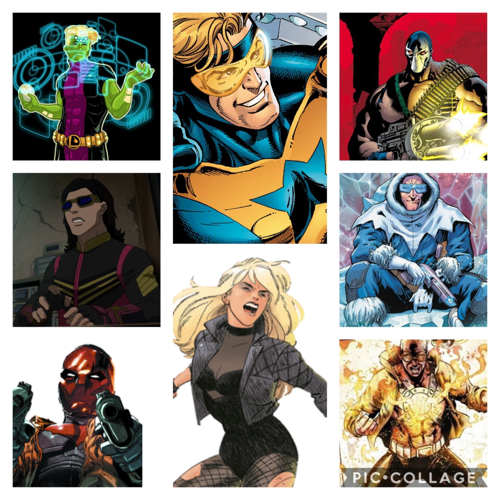 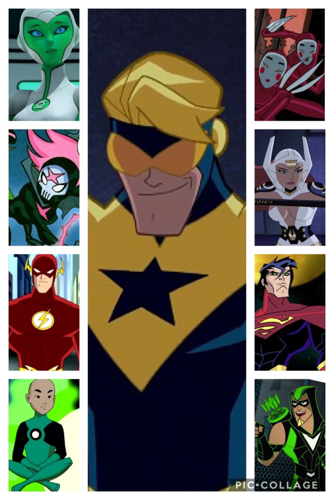 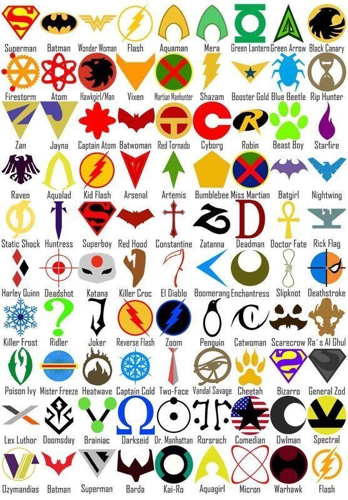 Like Legends of Tomorrow: Let's build a Team of Misfits composed of Heroes, Neutral Characters and Villains from Alternate Timelines (and Alternate Earths in this case). Let's also pick the main villain for the first story arc.

[1] The Captain that put the Team together has to be known Time Traveler or a Dimension Traveler (from any reality). In the show it was Rip Hunter. Other examples are Legionaries, Booster Gold, Per Degaton, etc.

[2] The team should have between 5-8 members. you can add 3 recurrent allies

[3] You can also pull characters from NCM (Non-Comicbook Media): the Arrowverse, DCUAOM, TT show, Smallville, BATAS, you name it.

[6] There has to be an AI (not counted as a member). In the show it is called Gideon.

If you want to deviate from any single instruction. You're allowed to skip one and please justify it.

[8] The main villain of the first story arc can be paired with an evil organization of your choice, even when the villain isn't part of it in any continuity.

Please keep it fan-fic free. Also please try to explain your reasoning utilizing DC official canon interpretations, characterization, powers and traits. Please don't create alternate versions of a character and give them powers they didn't have in DC authorized versions. There are sufficient versions of beloved characters across Elseworlds, Alternate Timelines and parallel Earths to pull from. 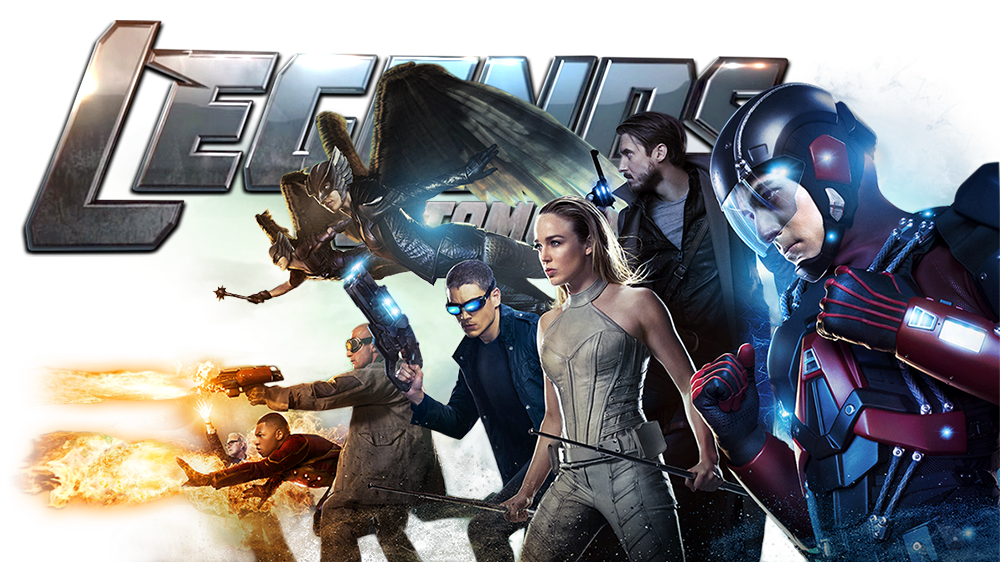 I clearly said: "Spoilers". If you go further down, don't blame me.

Alright. This was a very dense issue. I'm still mulling over what I have read and pondering the implications. Several things stand out, though:

Doomsday Clock provides more meta-commentary via Manhattan making Superman more relatable to him via altering his past so he gets more angsty. Or Manhattan musing "dark directions" constantly target Superman and his hopeful nature in an effort to redefine him.

- The metaverse. Manhattan arrives in the DCU in 1938 and wittnesses the coming of Superman, the rise of the first super-heroes, and the JSA discussing Superman during their first official meeting.

Then the timeline changes, and the JSA never mentions Superman up because his career starts in 1956, after his parents' deaths, as told in Superman #161.

Then the timeline changes once again. It's 1986, Clark Kent's parents are alive, and Pa shows him the Birthing Matrix.

Manhattan names that world "Metaverse", and wondering why the universe seems so connected to Superman, starts experimenting with his life. Manhattan alters the timeline by removing the JSA, which leads to Superman's career starting in 2011, and the Legion being retconned out.

I'm trying to wrap my head around it. Is Johns saying it's been a single, shifting timeline since 1938? Or every shift spawns a new time-split? The Supermen from Earth-Two, Earth-One, New Earth and Prime Earth have always been the same character whose history changes every so often because of external forces? How can it be so? Kal-L and Earth-One Kal-El teamed up constantly!