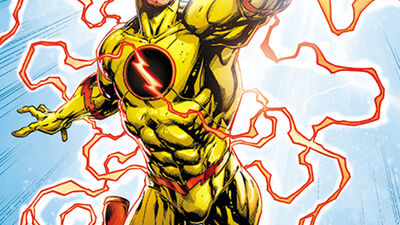 Reverse-Flash is a name used by several speedsters who are enemies to the Flash. The Rival was the speedster arch-nemesis to Jay Garrick in the Golden Age. Professor Zoom was the first villain to call himself Reverse-Flash, a 25th Century scientist who fought Barry Allen in the Silver Age. His... 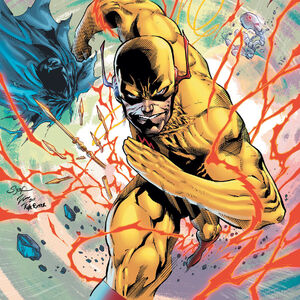 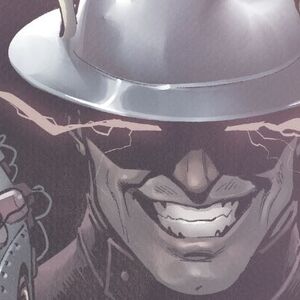 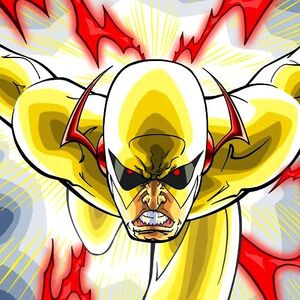 If you didn't know already, Batman is thought throughout the Internet to defeat any threat with enough prep time. But it's a bit general statement. What about the DETAILS?

So, in this post we're gonna focus on what Bruce Wayne should do as a preparation to fight and defeat certain DC characters. 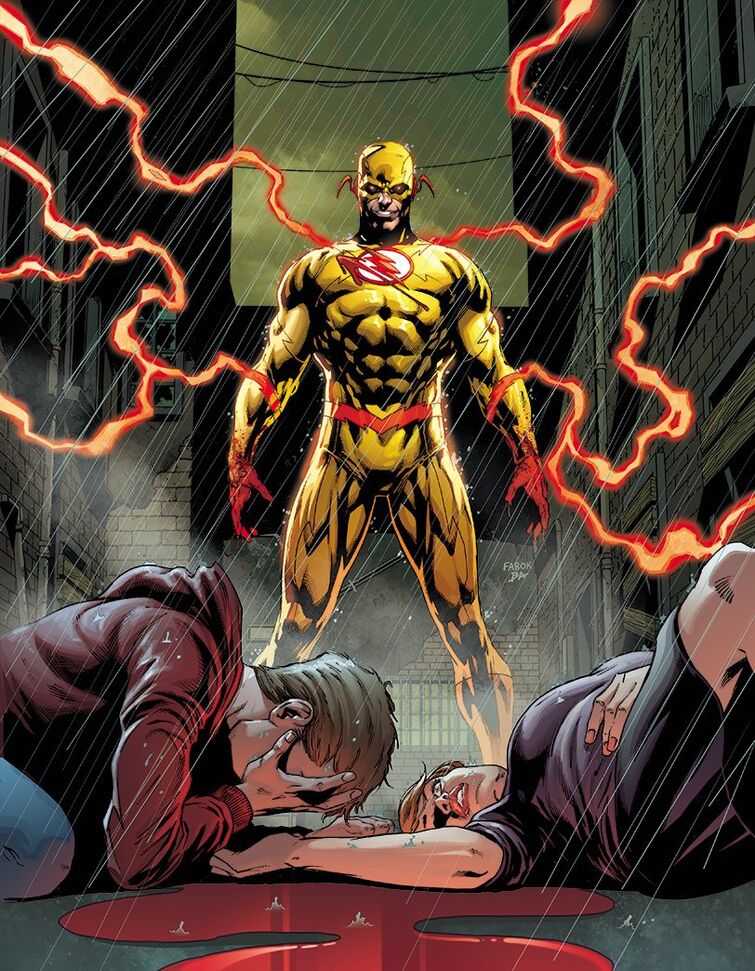 How would Batman prepare for him? And who should be next?

So I’m fairly new to the larger DC fandom and am only really familiar with the CW shows, films, and the old DCAU. There are times Thawne is referred to in comics and other media (Flashpoint) as Professor Zoom, but in newer media like Injustce and the Flash show, he’s Reverse Flash and Zoom is a different character. Was this just a name change to distinguish two different characters like Shazam and Captain Marvel? Or is there another explanation?

As I am a big fan of Joshua Williamsons The Flash run (The Flash Vol. 5 and vol 1. aka The Flash (2016-) #01-761) I wanted to review rank it, and since @Sisu138 did something simillar I figured I'd also do so.I've only done till #81 because I haven't read the rest (and it would take way to long)😅. Also I love all of this run, when I talk about something in a Negative way than because it cant hold up with the other arcs in this run. And please keep in mind that this is my opinion, feel free to comment your List of this arcs (or even only how good they sound even if you haven't read them). So let's begin: 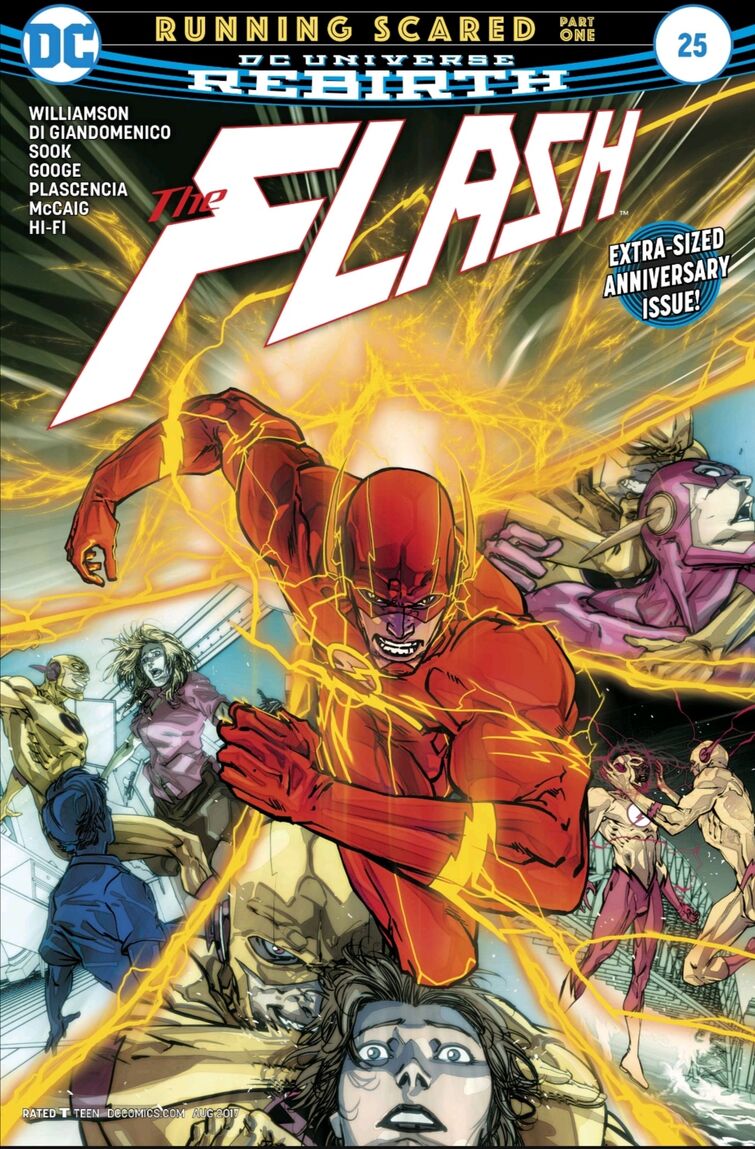 Man have I waited for this. The Reverse-Flash is my favourite villian and I couldnt wait to see him in the Flash series again, yes He appeard in the Button but that wasn't enough to statisfy me. When he appeard in the end of #24 I lost my mind. And the storyarc couldnt be better. I loved everything about it. You also get the backstory of Eobard Thawne (Reverse Flash) and how he and Barry first and why he got evil in the first place. To be honest I really understand Thawne and can indentify myself with him. (I dont know if that's a bad sign 😅) 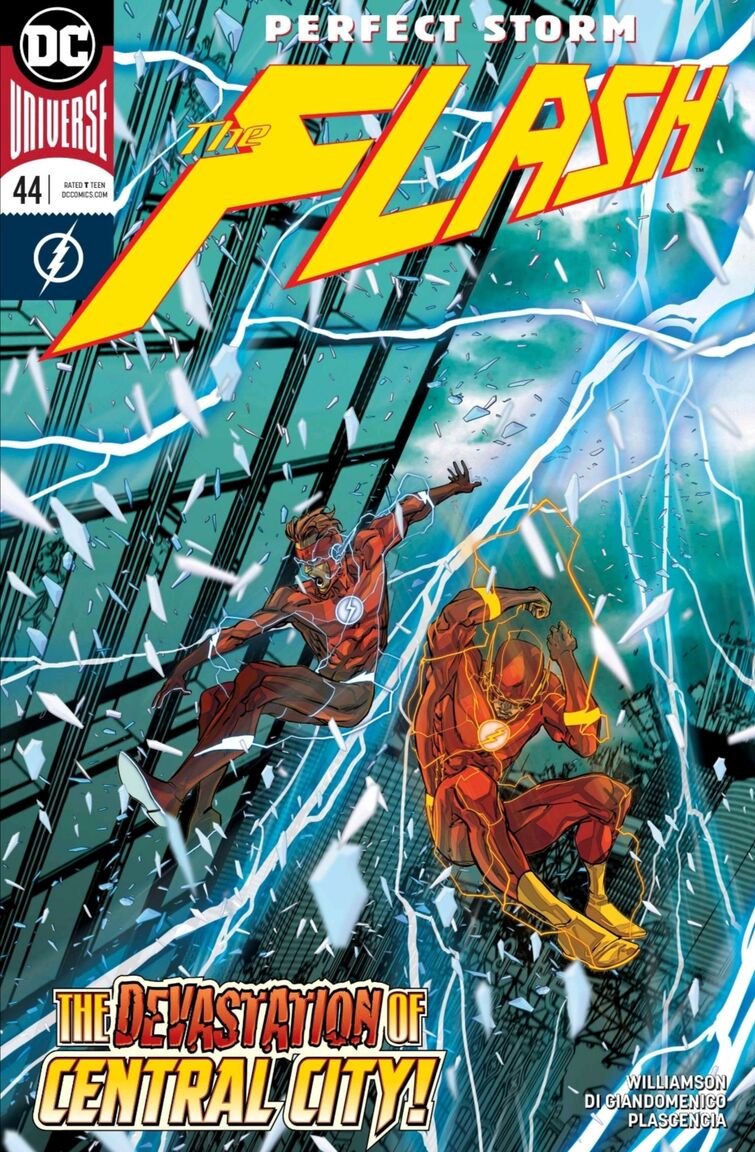 Again the return of a classic villian: Gorilla Grodd. I didnt like Grodd here, that much and he has definetly Seen better arcs. What I loved here was to see every Speedster (even Godspeed) fight together. It just let the Speedster Fanboy in me cry. Then I loved how Barry was vulnerable without Powers. He was the bad guy really often in this arc. His actions were absolutely selfish in this arc. 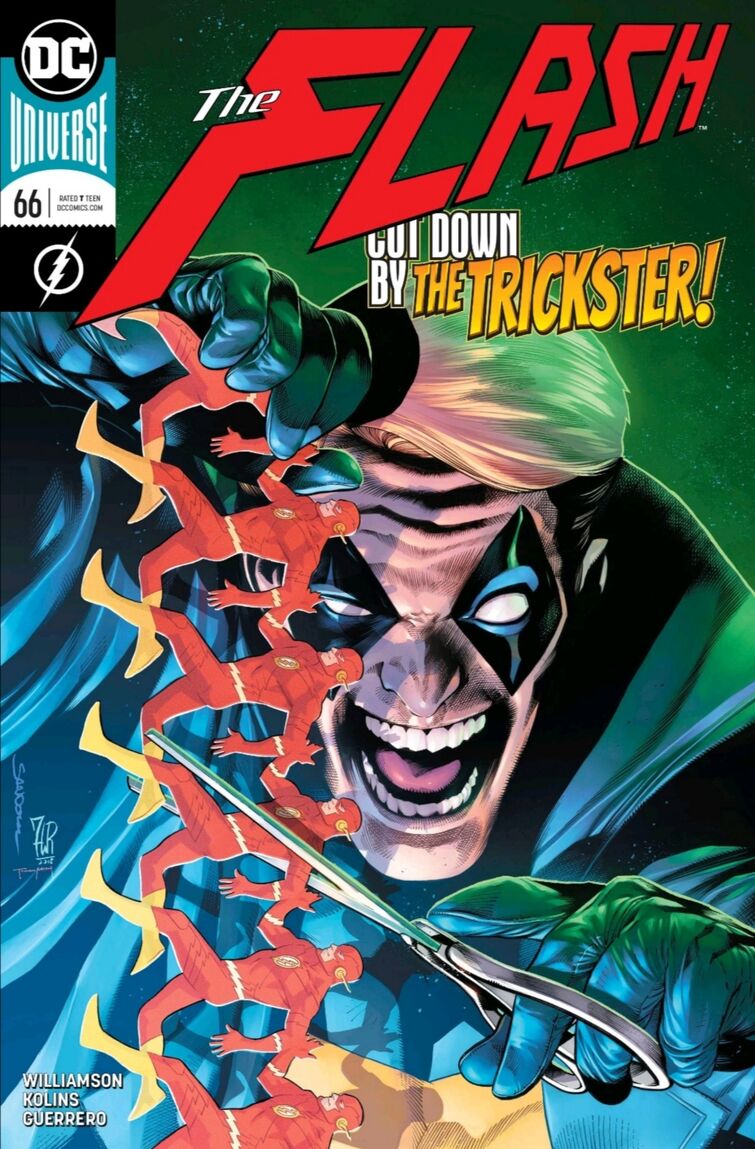 The Return of the original Trickster! It couldnt be a better Trickster. This storyarc was teased a few issues ago but I hadnt any idea what Williamson was going to do. It turned out to be great! Williamson wrote the Trickster as twisted and as a mastermind as He only coud be. It's a deserved third place.

This storyarc was really hyped up among Flash Fans. And with really I mean really hyped up. It was pretty good, but the hype was definetly too much wich sadly holds the story a little Bit down for me. The Return of Hunter Zolomon aka. Zoom was exent in my opinion. I liked it very much that Wally got more 'screentime'. All in all a very good arc. Especially if you are a Wally fan. 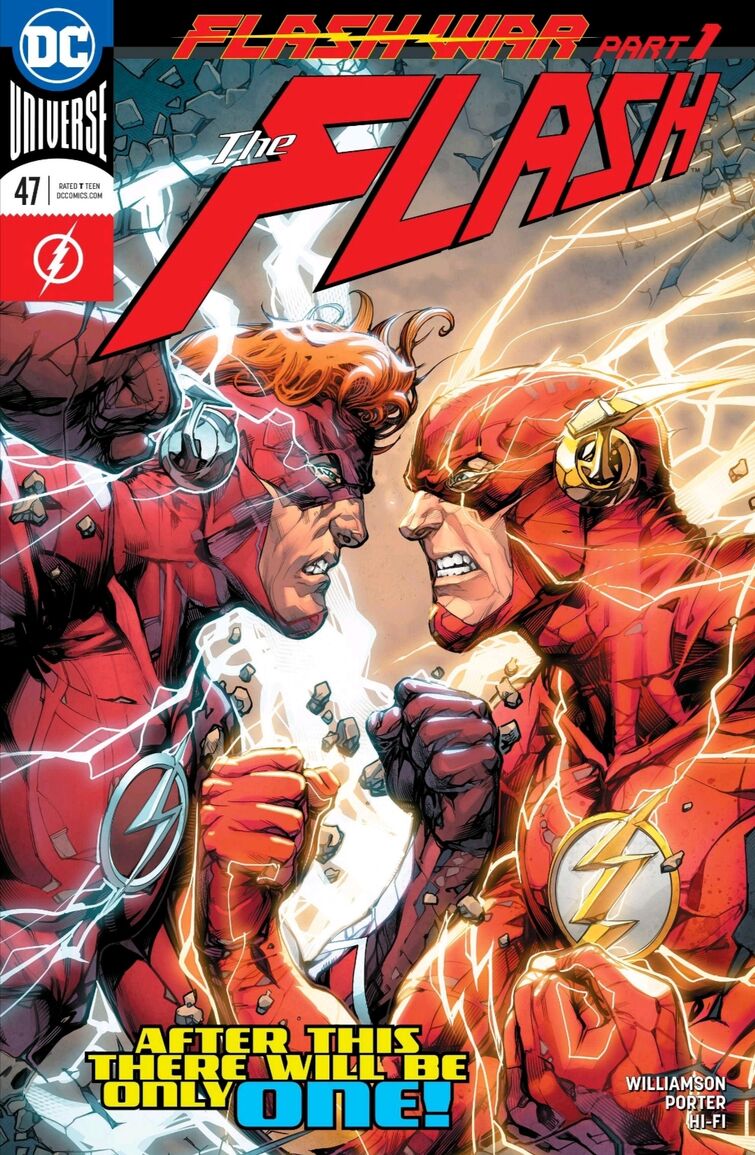 These issues are the most recent I read. I really liked that after about 30 issues Hunter Zolomon (or The 'real' Flash how he calls himself).reappeard. All in all it was pretty fun to read and I really liked the ending, but I'm not going to spoil anything in the case If you didnt read it (Do that now!!!!!). 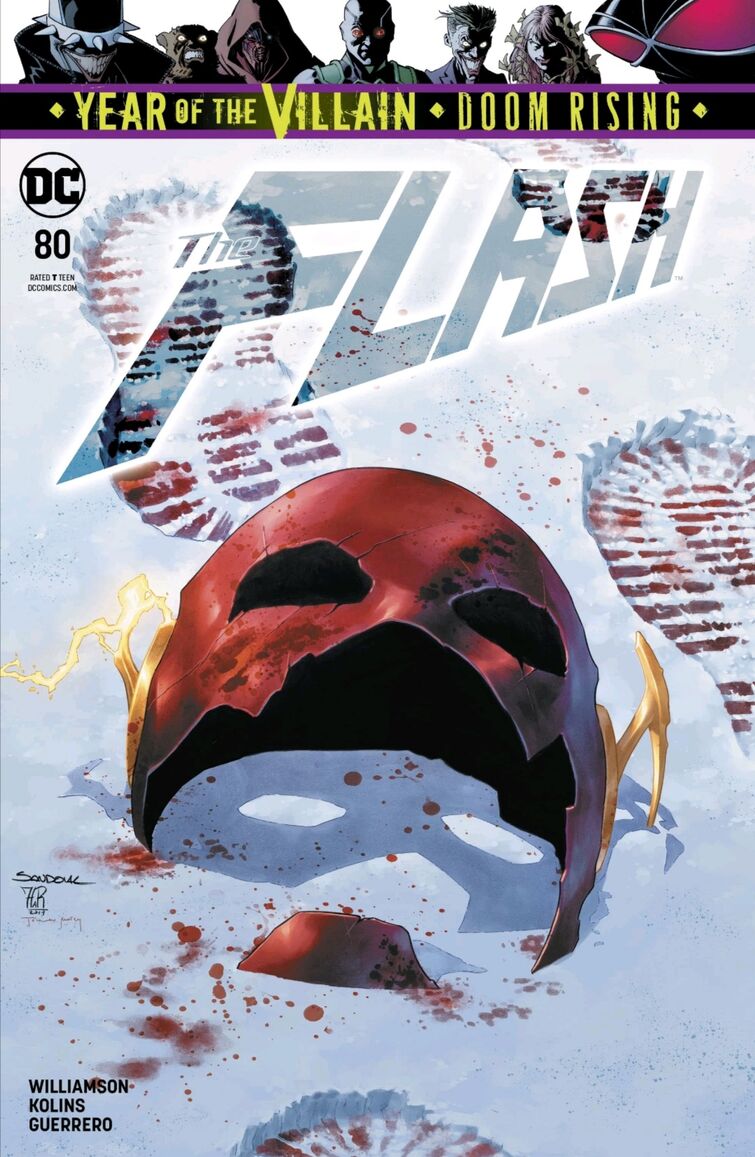 The origin of the Flash. I really really liked Turtle as an Antagonist. I hated him. I also liked that this distopic future felt like a real threat. The relationship with Iris was much better than in the rest of the series (except in the storyarc 'Speedforce Quest' and after that she barely appeard). I really enjoyed that trip and this is the jumping on point for beginners. Although I recommend reading the storyarc from the Rebirth Special. 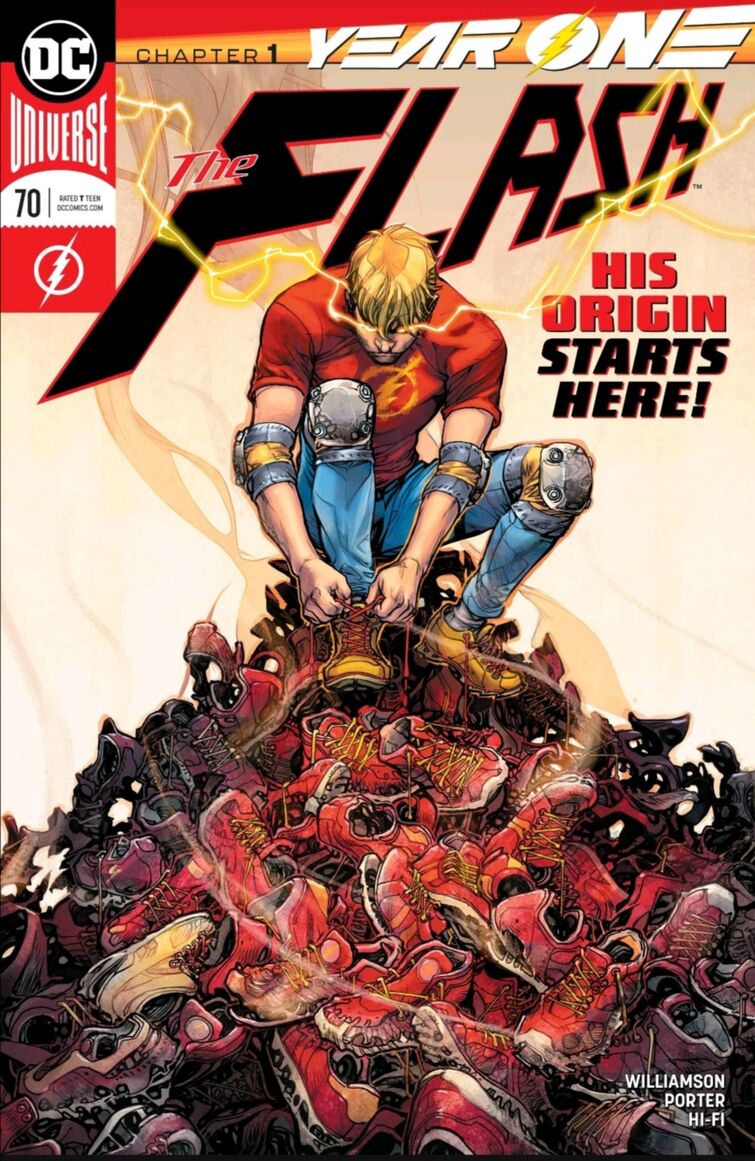 The second half of the first storyarc are a banger! Godspeed is a great Antagonist aka. Anti-Hero in my opinion. The thing that holds this one back is the first half, which is not bad, but its a little bit boring in the comparsion with the second half. 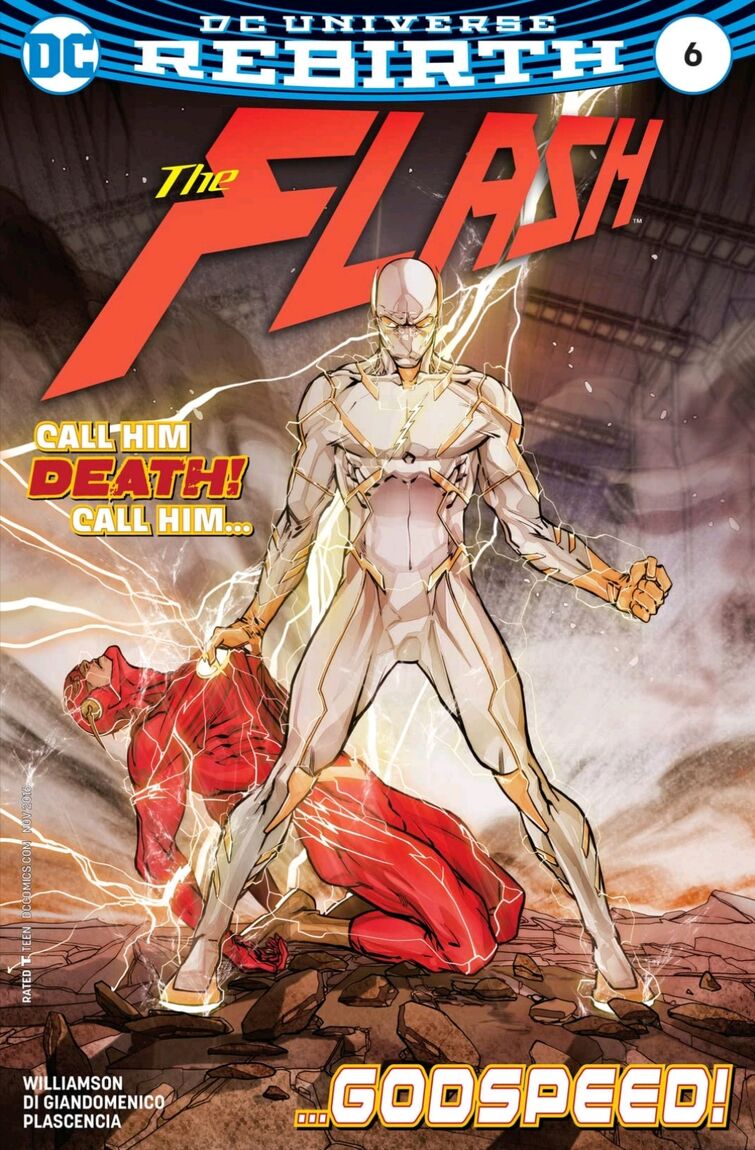 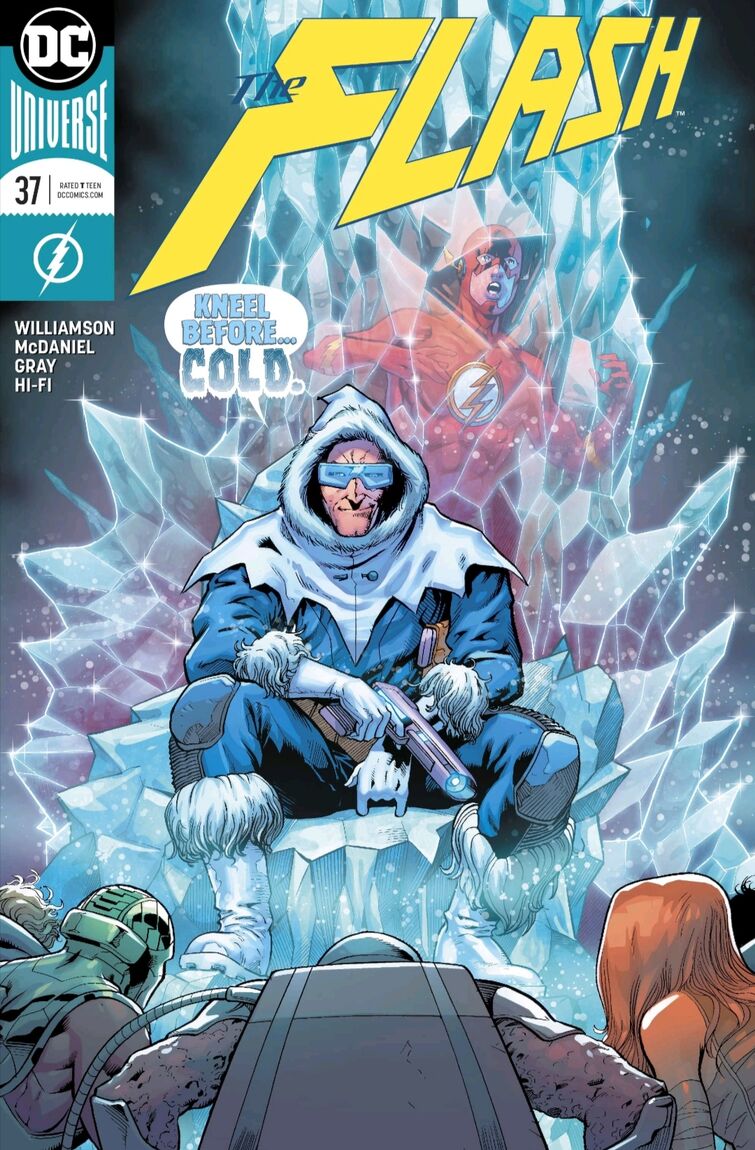 This arc was teased issues before it finally came. It handled the rogues pretty good and it was very exciting. I liked the aspect of Snart being a crime boss in jail and Godspeeds role in this. Sadly (Spoiler warning for the beginning of the arc) Tom Turbine was killed. I really liked him. Guess you cant have everything. 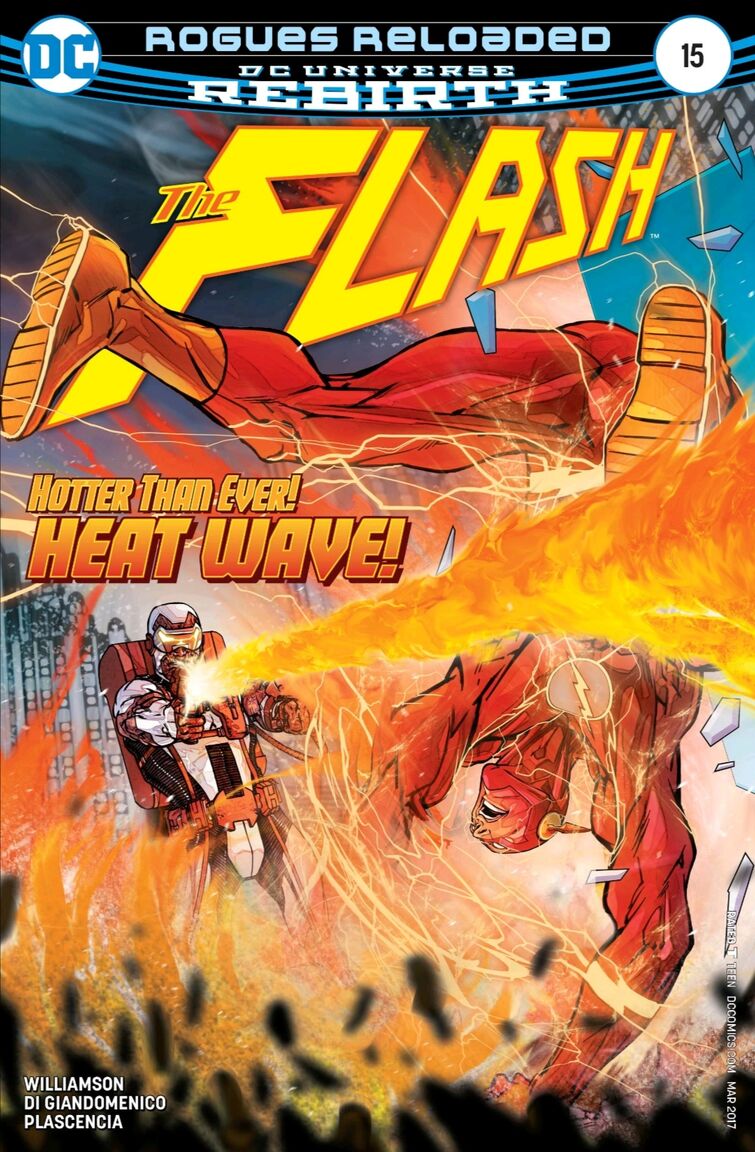 The first appearance of the rogues in this run. It was a pretty nice ride. Barry was definetly too naive in this arc but I think its a part of his character because he always sees the good in people. I also really want to say that I want the Fiddler to be part of the rogues. He is a very interesting antagonist. All in all this was a good and entartaining arc. 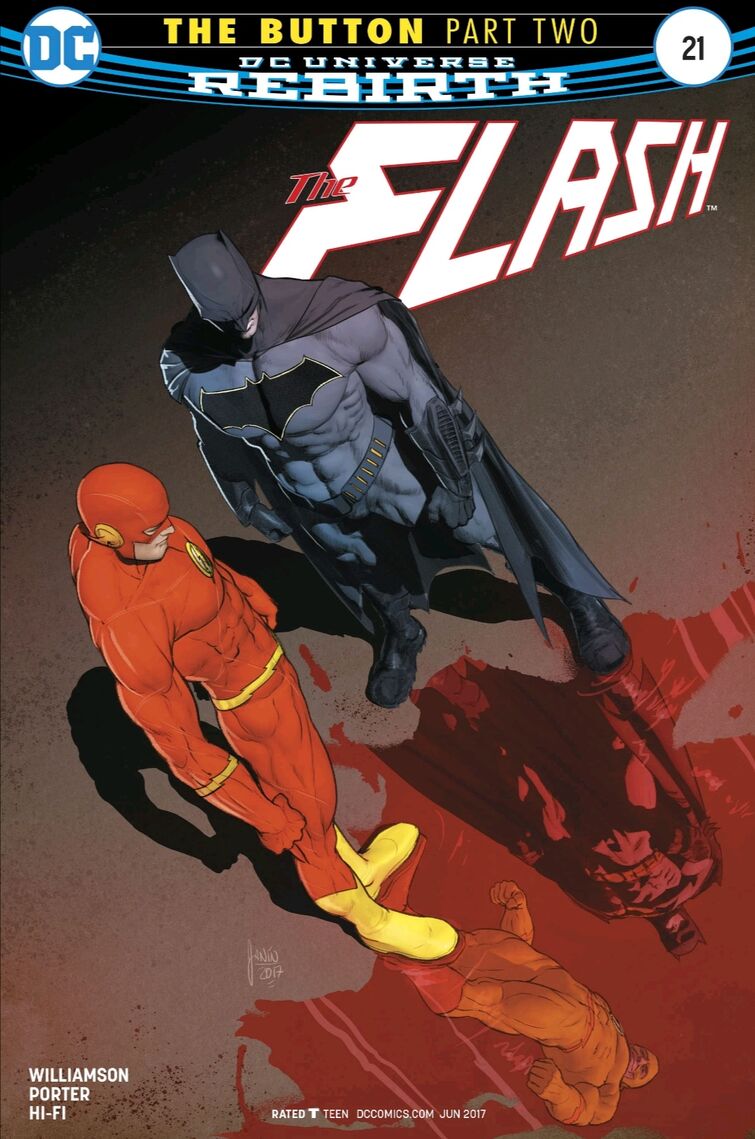 This crossover was the first step towards Doomsday Clock. Seeing The Reverse Flash beat the hell out of Bruce was great and I loved to see Jay Garrick again. 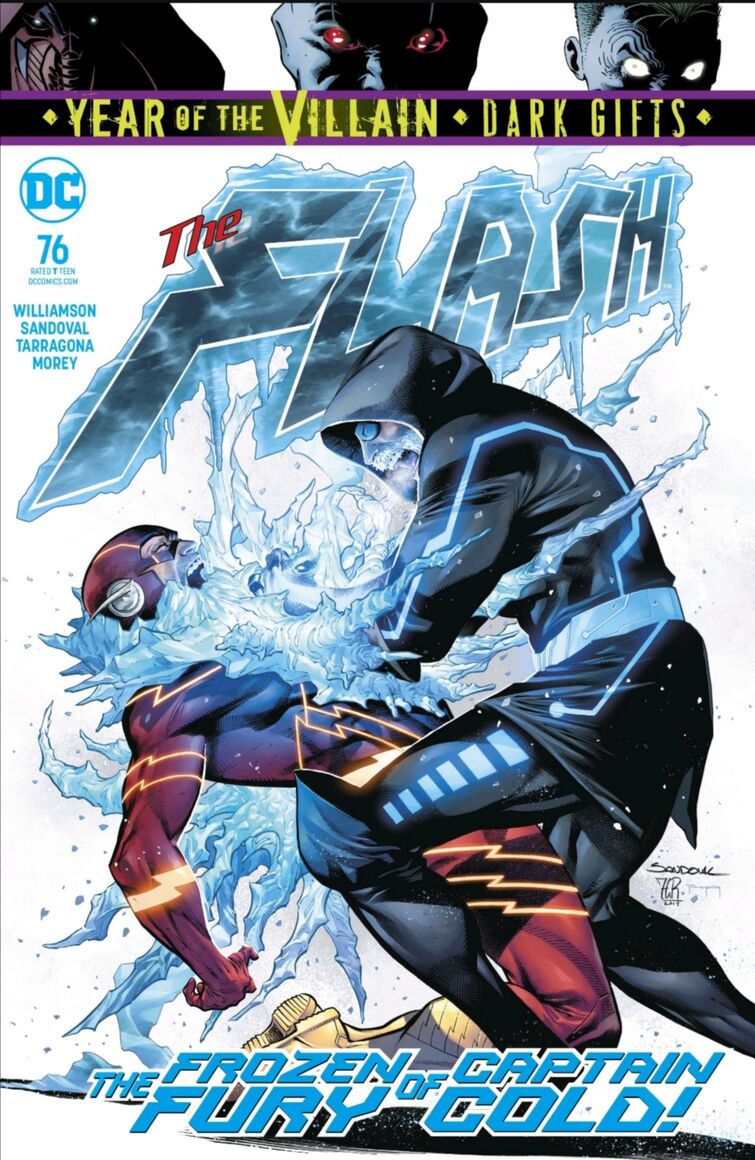 This storyarc wich also got an adaption in CW's The Flash series is an interesting storyline. The Speedforce dying wasn't a threat because we all know they are going to fix it but the dynamic of all the other force users with Barry really got me. I liked all of them because they were all 3 dimensional characters (except maybe Steadfast but I still liked him though). The thing that really annoyed me is that it felt way too Long. I knew we had the Year of the villian rogues stuff going in in the background, but I really more needed variety. And finally Barry got with the other Flashes along, it really annoyed/annoyes me that Kid Flash was/is a solo hero. 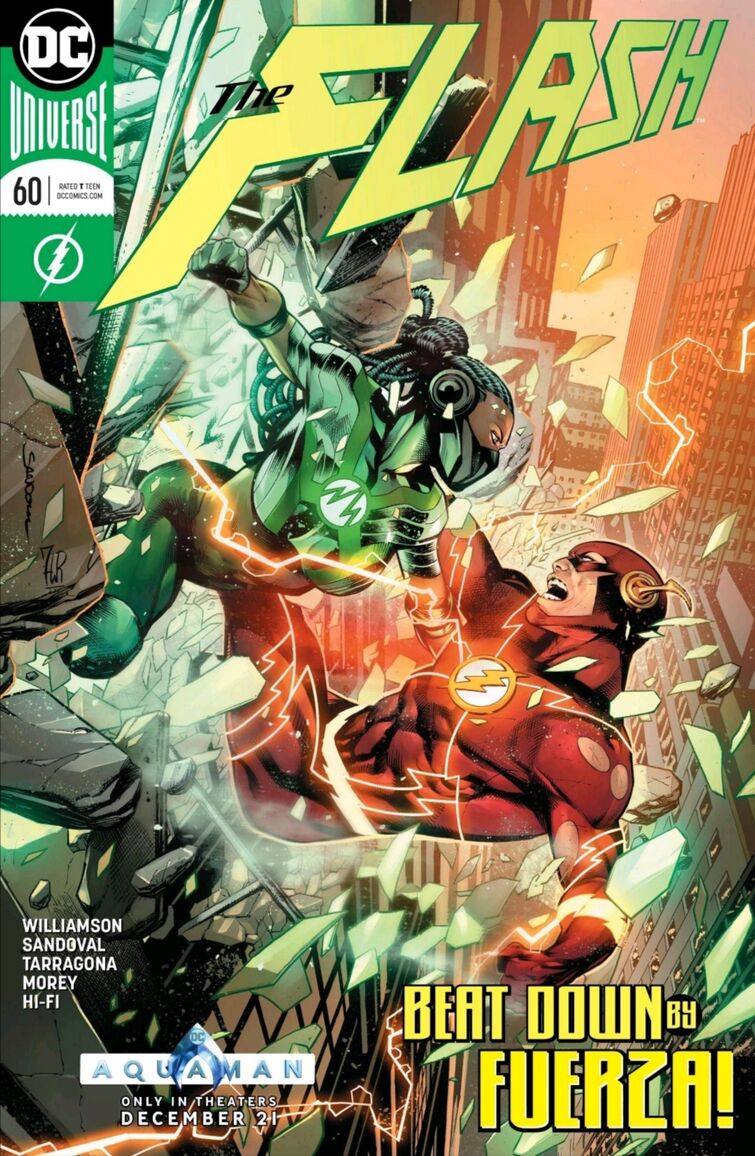 I dont know, but I dont really like this New Forces aspect. It took too much issues (18!) and just kept dragging. I found myself grinding these three storyarcs too finally get some variety. In the beginning it was entartaining but it was sometimes really boring and too much new forces. (I hope things Change especially after #81 wich should be the end of the new forces thing.) 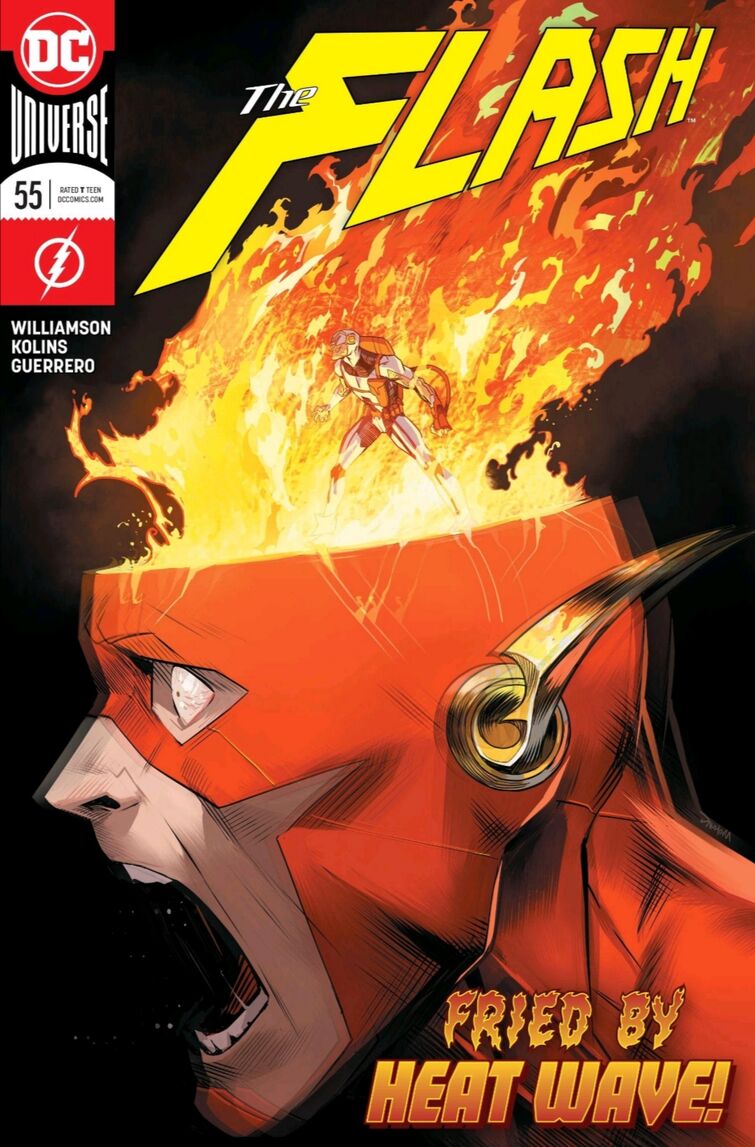 Like I said too much and this arc in particular was really boring. Especially after Flash War which was great. 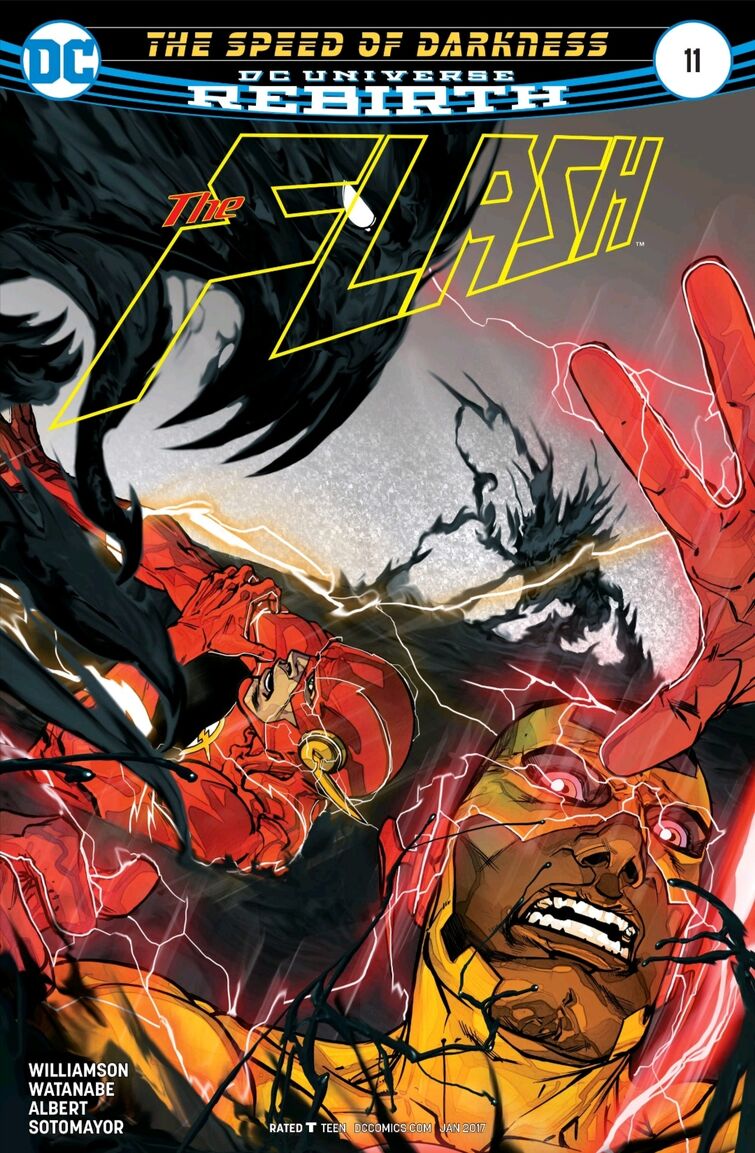 This 'mini arc' was fun and entartaining but nothing special. I like seeing Wallace (Kid Flash) and Barry working together. I really like the antagonist though. 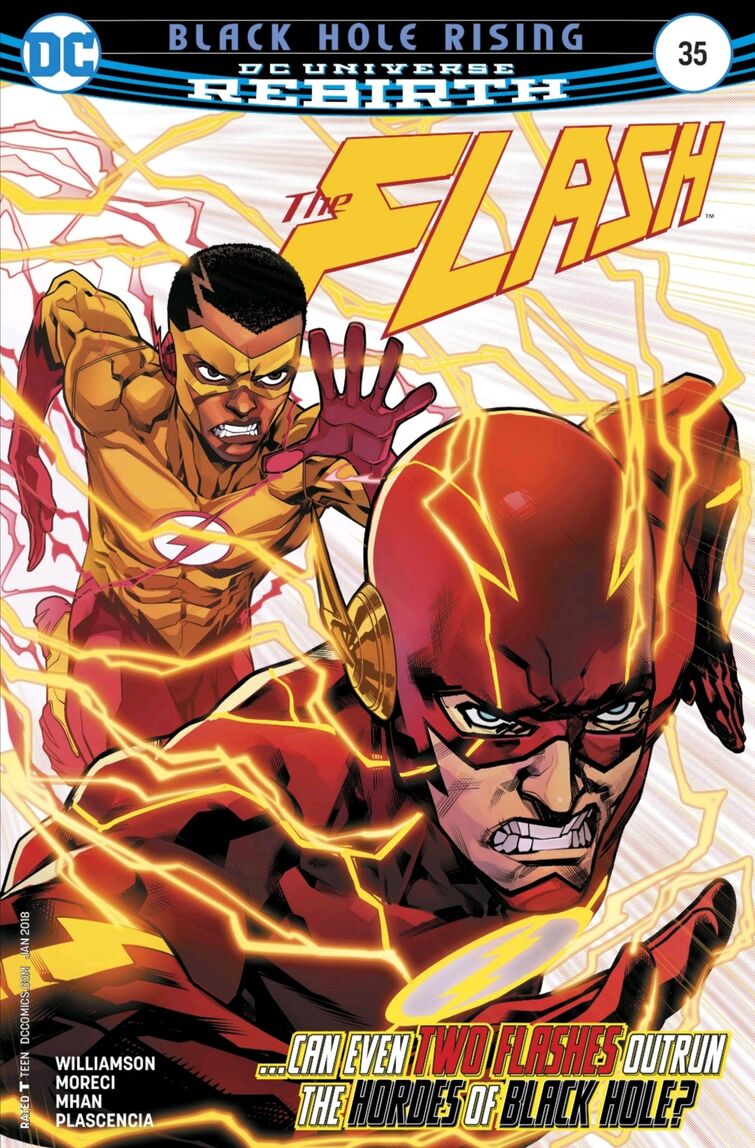 Man I was happy that the Negative Flash thing ended. This mini arc was also pretty entartaining. I really like the dynamic between Wallace and Barry and really wanted to see more of it (which didnt happen). 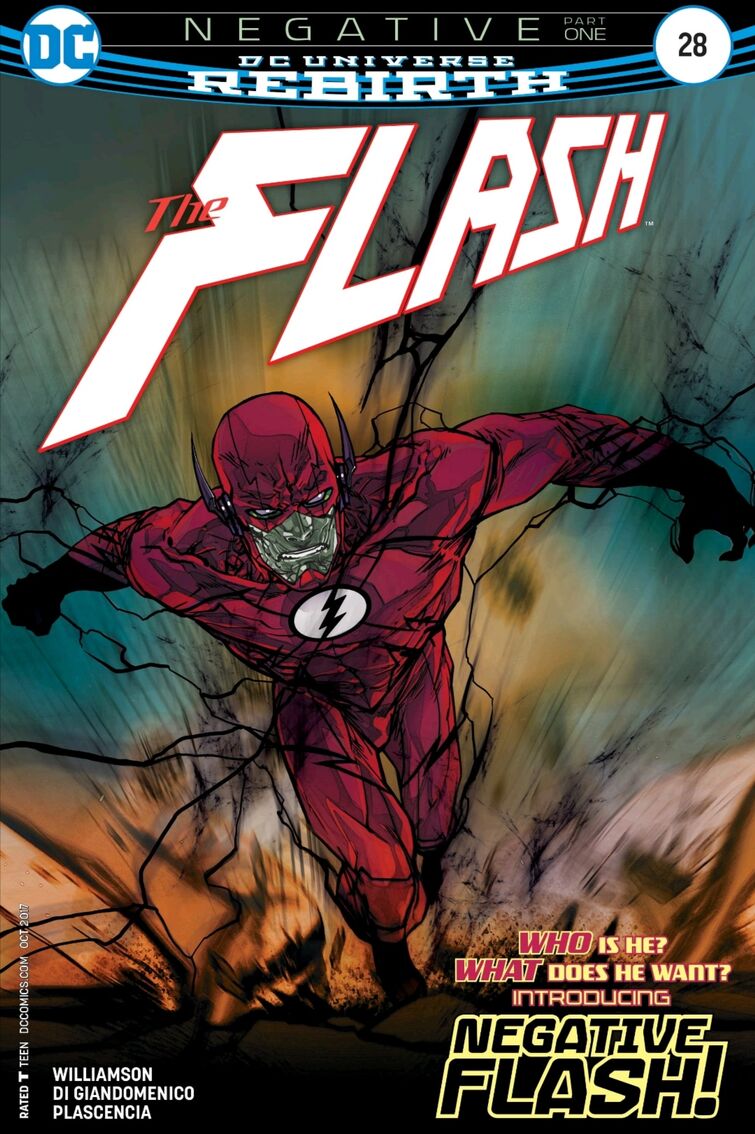 After coming from a really strong arc the series got really boring. The Negative Flash thing was an interesting concept, but the only exciting thing that happened was Bloodworks intrudoction which I really liked. 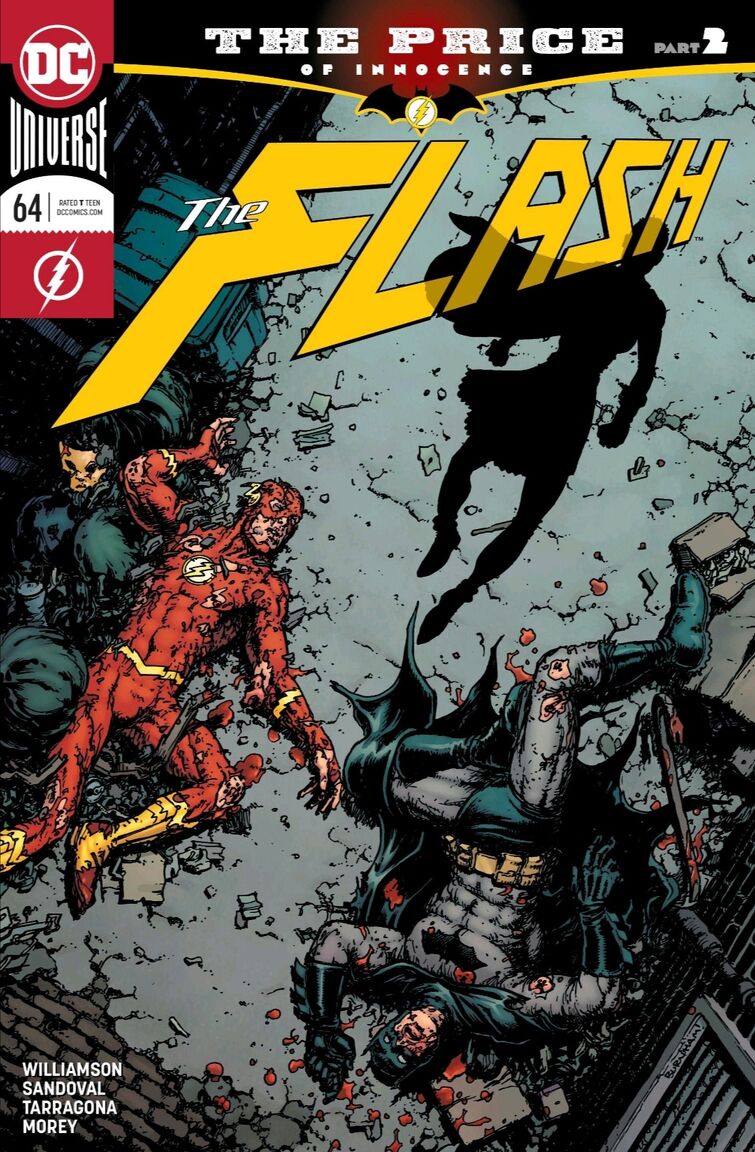 The Price was okay dealing with the Aftermath of Heroes in Crisis. It was really depressing seeing Flash like this. Gotham Girl is an okay Antagonist not Bad but Not really interesting. I see those issues as sort of filler. 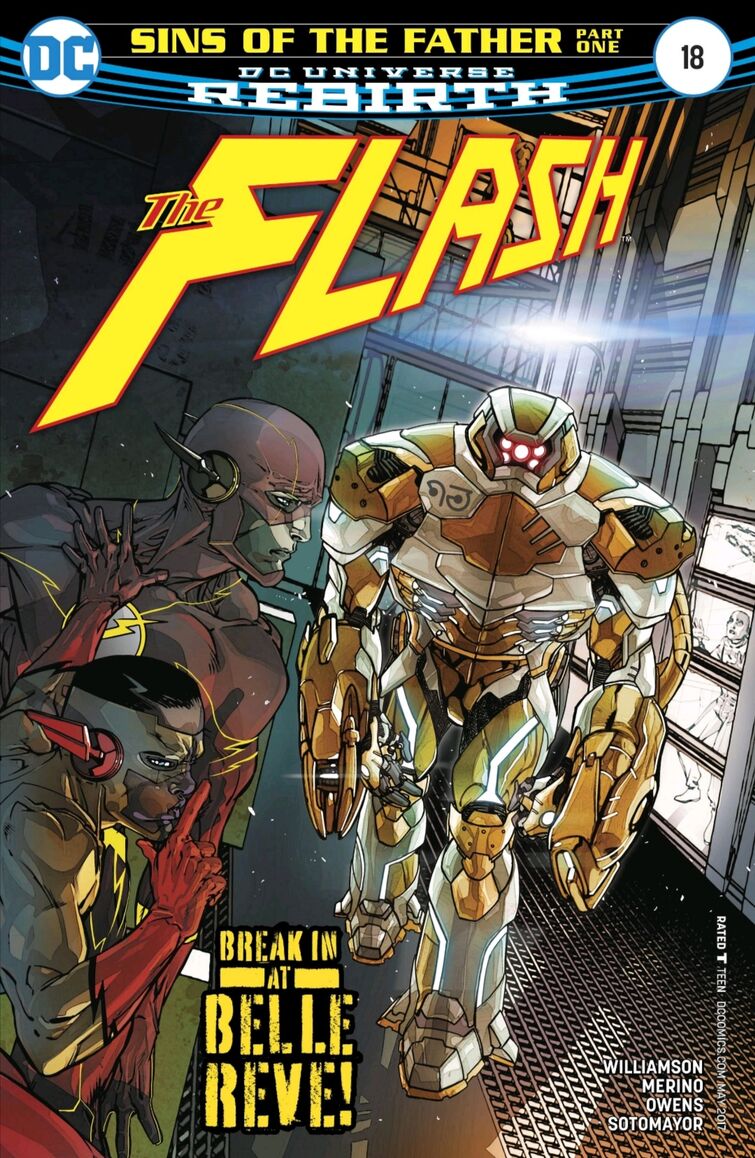 This Mini Arc was about Wallace wanting to know what happened to his father (New 52 Reverse-Flash/ Reverse-Flash II). As I read his article on the wiki before this arc (I didn't know Williamson will be explaining Wallace's backstory later in the series) so I knew what happened to him (won't spoiler anything), because of this there wasn't a real catch and it was a nice and Shirt entartaining 'adventure'. I hoped Captain Boomerang would be a Flash Antagonist again but I guess we wont get more with him as his appearance in this issue.

So that was it. Did anyone even read that till the end? I figured it would be better to write a few things about every arc than just the ranking. Did you read Joshua Williamson's The Flash Run? If yes, what are you're favourite arcs/issues? If you didn't read it then go and read it. Now.

P.S.: for me a storyarc is a plotline/storyline that lasts more than one issue.

This question has been on my mind for quite a while and it’s too many words to put into Safari or Google so I came here, let’s say Barry and Eobard or Bart and Thaddeus or Wally and Hunter were at the same speed and were having a fight/battle, does it seem to them or anybody with super speed as two regular people just having a fight? For as I said, they both of their speeds are equal. 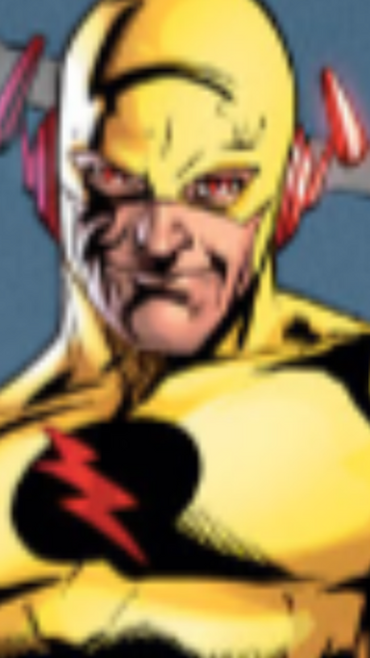 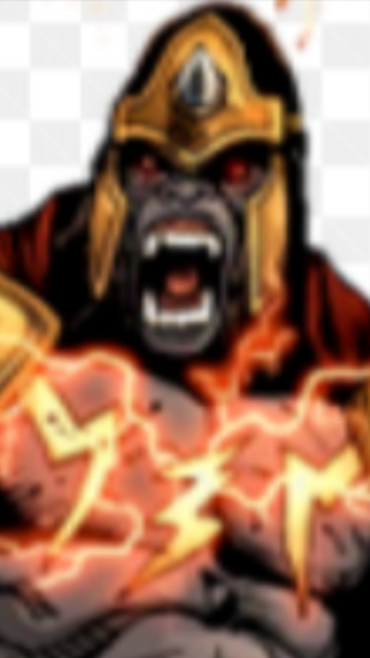