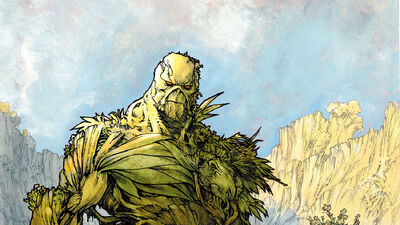 Swamp Thing is an elemental creature who shares a connection to all plant life on the planet Earth through a network called the Green. He is a mass of vegetable matter that absorbed the memories and personality of Alec Holland, a botanist who died in a swamp shortly after creating a hormonal... 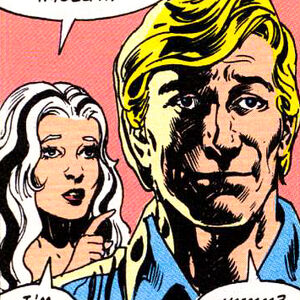 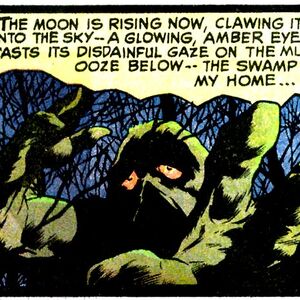 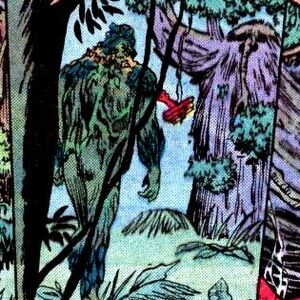 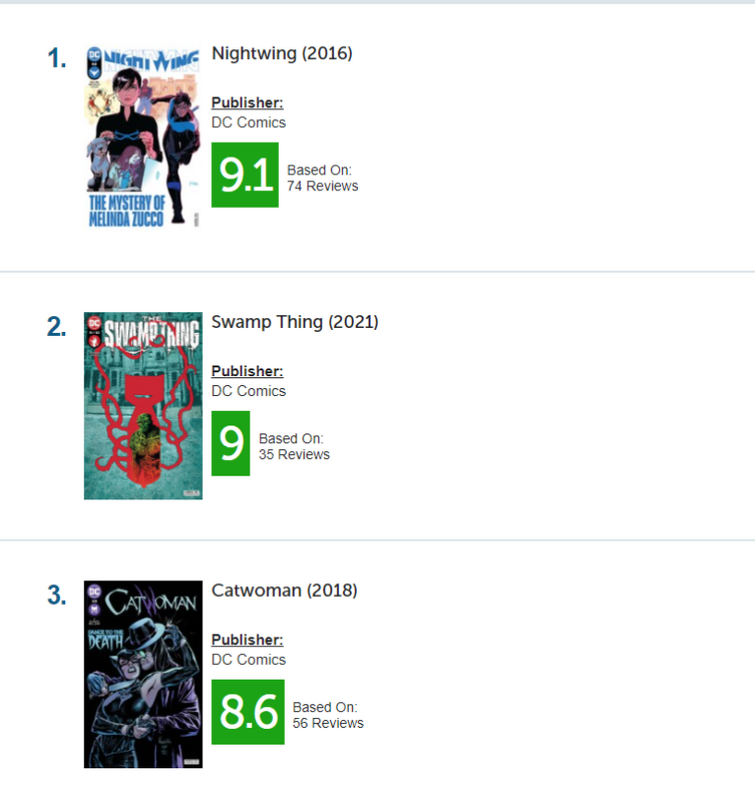 After being inspired by other users of the DC Fandom, I decided to do my own personal, full in-depth review of my favorite ongoing series still happening, the Justice League Dark series! Mostly written by James Tynion IV with art by Alvaro Martinez, it features a large cast of magical characters but led by Wonder Woman after Justice League: No Justice. Disclaimer, I love all of these stories very much and I highly recommend them, this is just a list of my most to least favorite objectively. 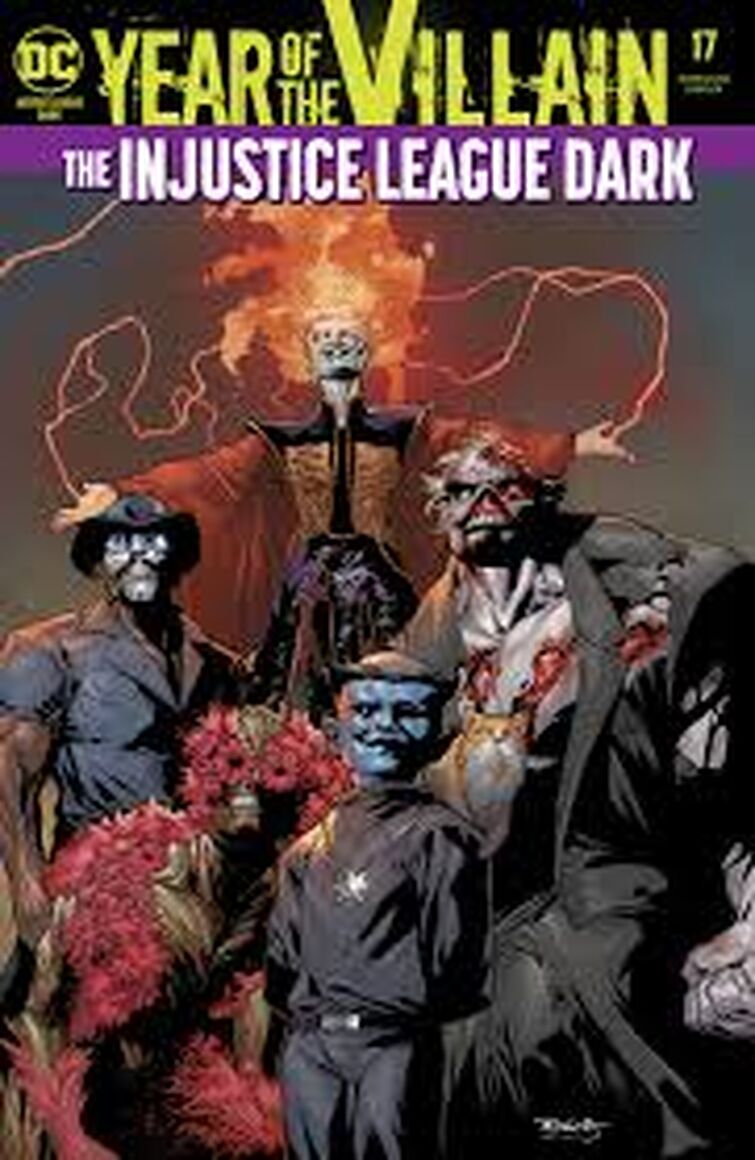 I’ve designated this arc as the “Injustice league Dark” storyline, because that’s what it basically is. As some of you may know, last year’s DC event was “The Year of the Villain”, which saw a super powered Lex Luthor hand out gifts to other supervillains to make them more formidable to their hero counterparts. So, Luthor gave Circie more power, which she then also distributed to Papa Midnite, the Flouronic Man, Klarion the Witchboy, and good ol’ Solomon Grundy. This story arc was a giant slug first to the magical degree as Circie attacks the JLD HQ to free Eclipso from his gem prison. It was incredibly fun to see so many magical characters come out of the woodworks and interact with others that haven’t interacted in years. My favorite art moment was when Man-Bat’s bat formula started going bad and he became a large, transmorphing goop monster and attacked his teammates. 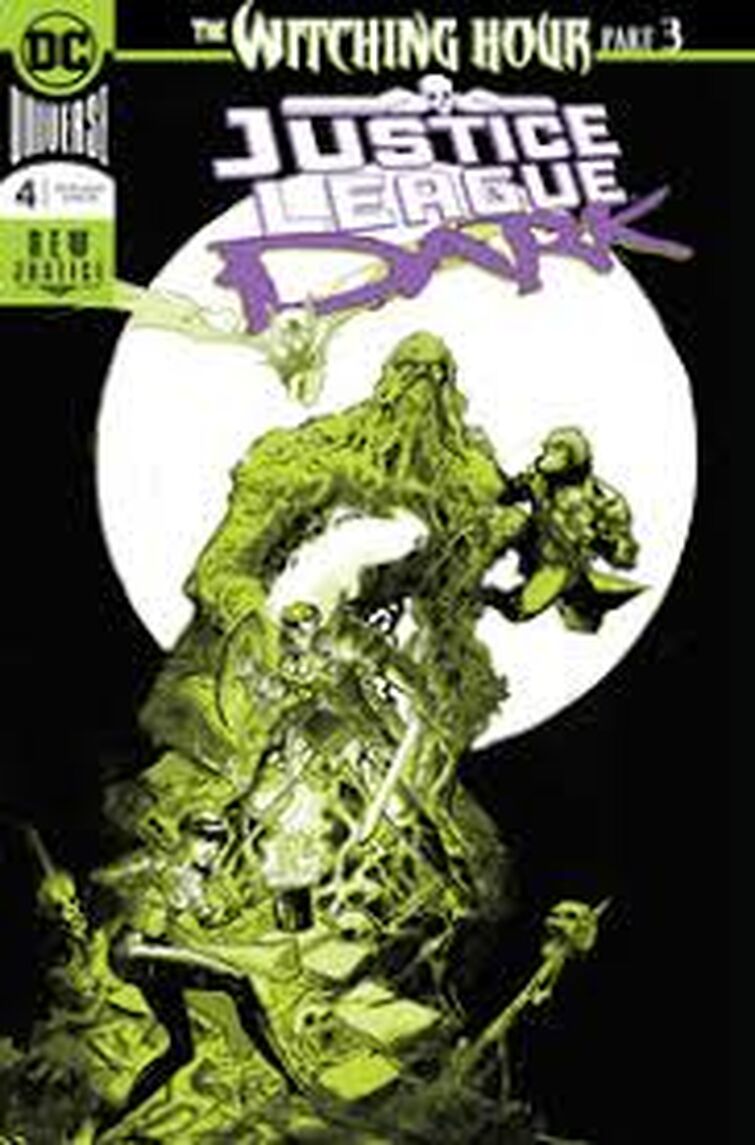 After the first story arc, Tynion came out of the gate and started a crossover with the Wonder Woman series for halloween. Hecate, the triple goddess of magic believes magic to be corrupted and she wishes to take it away from those who have been mishandling it. So, she imbues 5 of her chosen children, Wonder Woman, Witchfire, Black Orchid, Manitou Dawn, and Circie, with increasingly stronger magical powers. Sort of like Super Sonic for those invested in Sonic lore. All of the magical community bands together to stop Hecate’s hostile takeover, ending in a full throttle battle in Nanda Parbat. My favorite moment, which is definitely a spoiler so beware, was when Wonder Woman made a deal with the devil and sacrificed Hecate to the power hungry Upside-Down Man to end the threat at hand, not worrying about the rising threat of the new, mysterious villain. 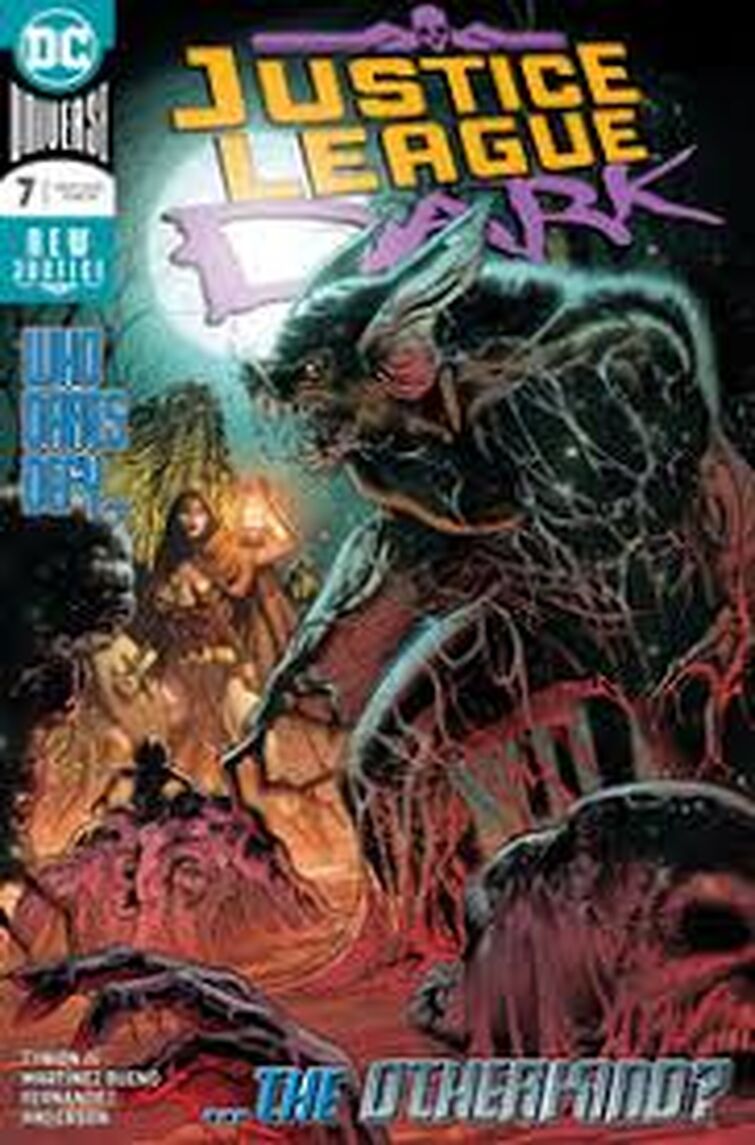 This was a fun little one shot story that featured Man-Bat recording his notes about these new monstrosities called the Otherkind, which are the Upside-Down Man’s underlings essentially. Featuring the Conjoined, the Offspring, and my personal favorite, THE SOUP! Members of the Justice League Dark were tasked to investigate each of these incidents with a guest character, which is another reason this was my favorite story, because it featured Frankenstein and the agents of SHADE as well as Andrew Bennet, some fan favorites of mine. The Upside-Down Man freaks me out, period. This issue sent the most shivers down my spine and that’s because all of the stories were short and sweet but with haunting undertones that even freaked my mom out. Yes, I made her read Justice League Dark since she likes Wonder Woman! Don’t come at me! 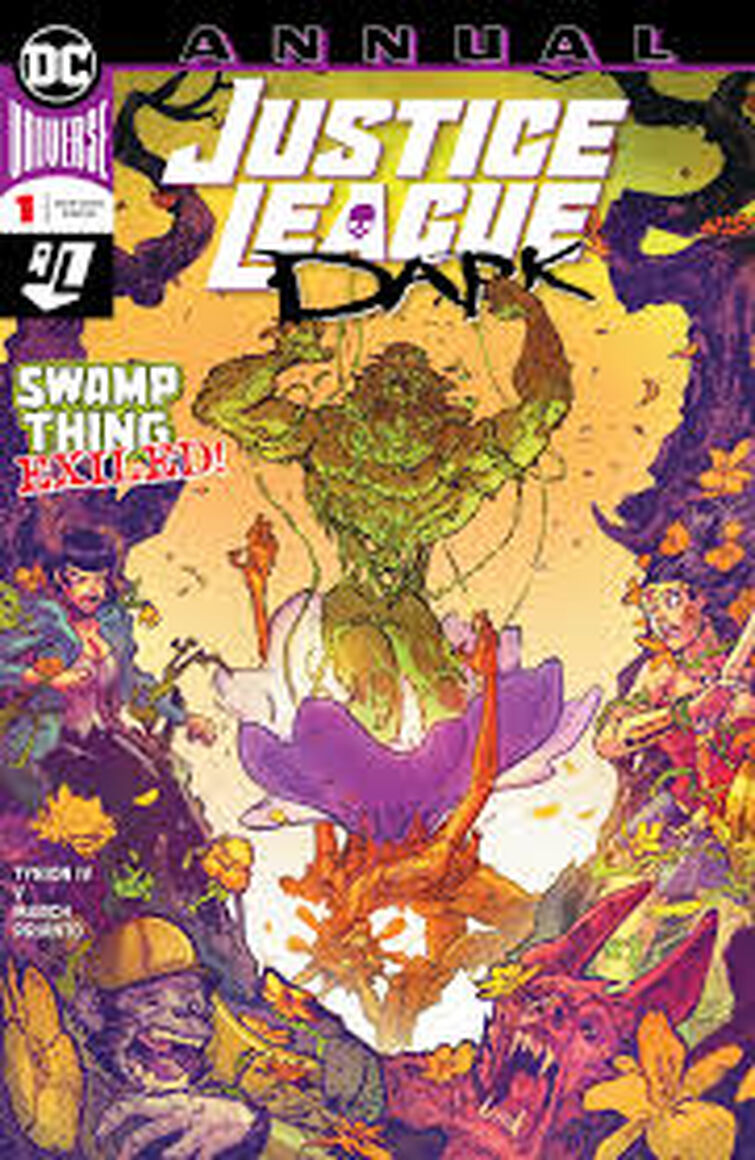 Another one and done story. This issue was about the fallout of the Parliament of Trees burning to a crisp in the Witching Hour (which if we are being honest, happens every other Thursday). In the wake of the Parliament’s absence, the Parliament of Flowers is born, selecting a new avatar, the King of Petals. Swamp Thing tries to mentor the new elemental, but the Flouronic Man sows seeds of distrust between the two, taking advantage of the naive new guy. In the end, Woodrue eats the King of Petals, upgrading himself for the Injustice League Dark arc. Swamp Thing is my favorite character, so I may have some bias as to why this story is as high ranking, but I believe Tynion writes Swampy well. I mean, he even told me Swamp Thing is his favorite character after the Batman Family when I met him at Comic Con a few years back. 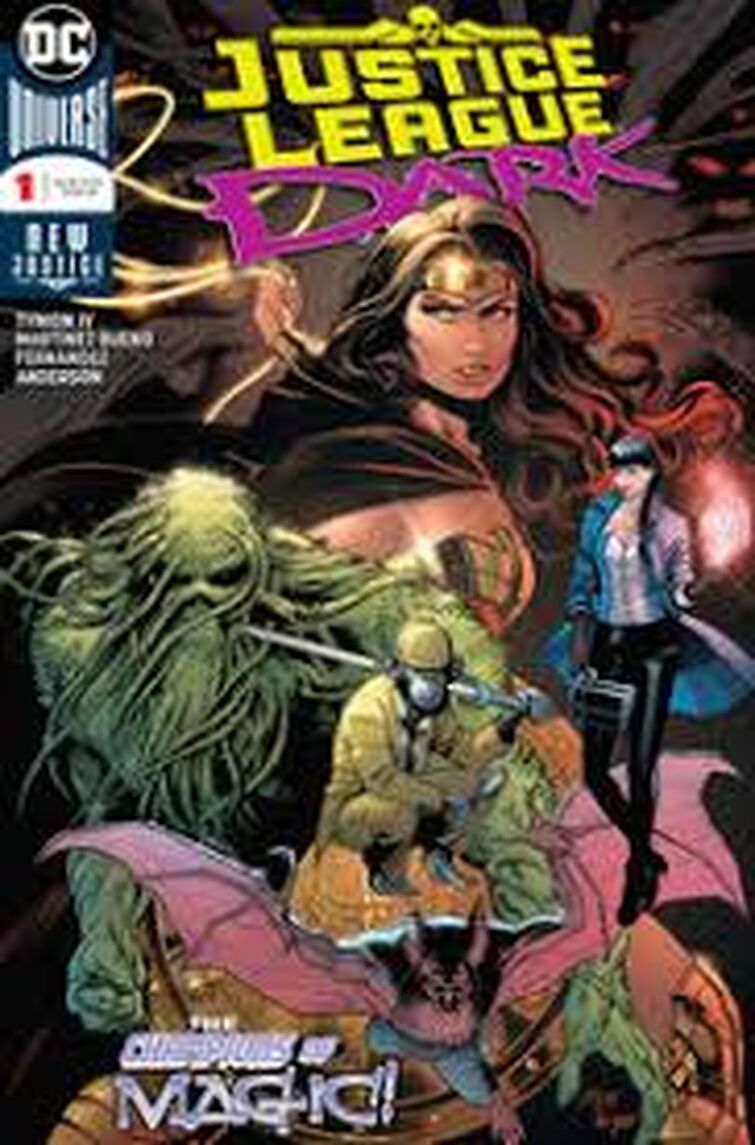 The opening arc of my favorite ongoing series! This was the first story we were introduced to the Upside-Down Man, and my dreams were never the same again. But not only was this the set up for the rest of the run, but it also had a B plot where Nabu had taken over Kent’s body and Dr. Fate summoned this monstrosity to our earthly plane. I liked this series immediately since all these characters meshed together so well, and I could tell this was going to be a cult classic moving forward, and the art is just stunning! I wish more people will read this series at our local store, because only the staff has been reading it, and it is an underrated gem. Oh well, maybe in March! 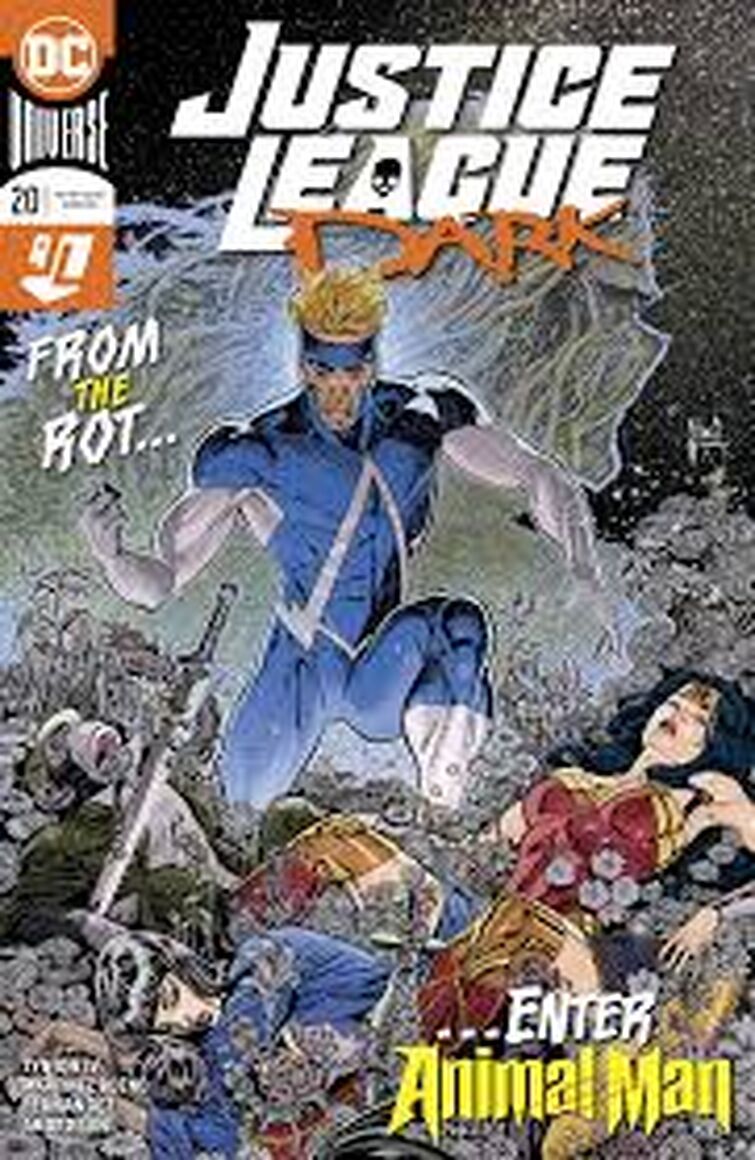 Note, this is the first storyline where Tynion only provided the plot points, while Ram V did the script. I really enjoyed Animal Man joining the team, even if it wasn’t for very long. Essentially, Anton Arcane was waking from hell and his rot spores made it to Earth where they started turning people into zombies. So Zatanna and someone else who I can’t remember right now, physically entered the Rot to find the source of the catastrophe, finding Abby Arcane imprisoned by her Uncle, wrapping up a story arc that was never finished in 2016 Hellblazer Rebirth! Since I read this title monthly, I feel like the story wasn’t meant for monthly reading as well as it would have been for a good old fashion binge read. The zombie hordes were phenomenally done, a perfect way for Martinez to exit the book at! 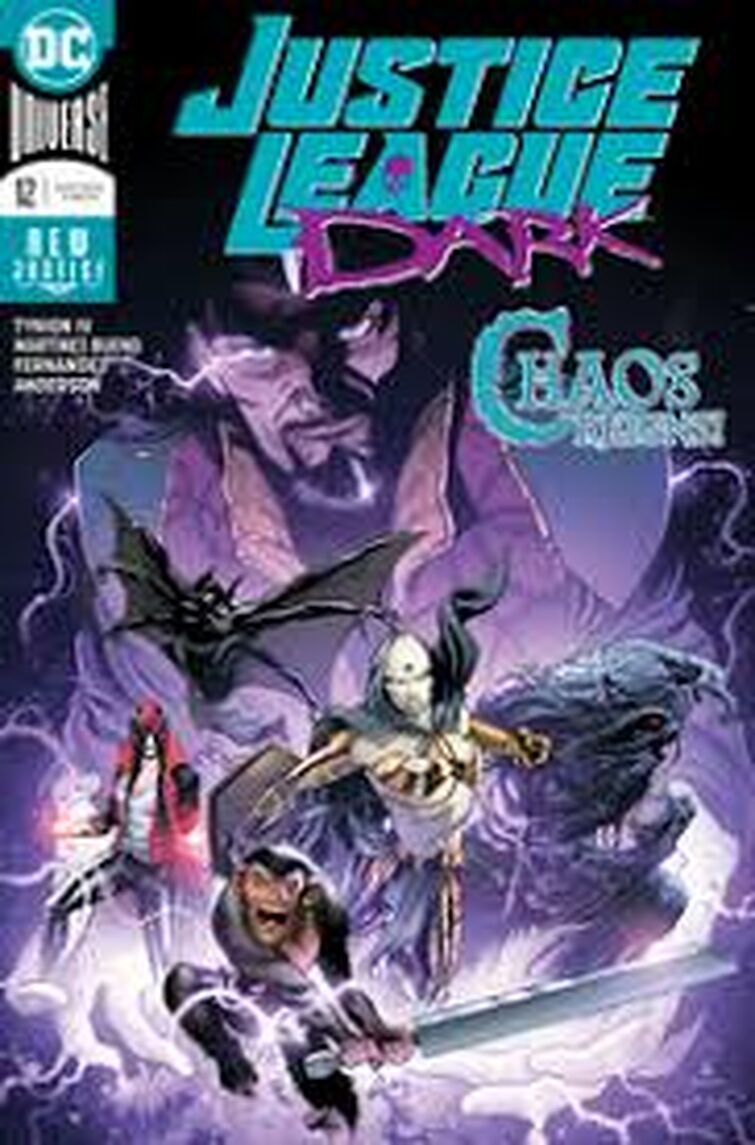 In this arc, the now eveil Dr. Fate kidnaps a bunch of other immortals and turns them into his Lords of Order, who then look to cull all magic from this world since it has become too chaotic. This led to an interesting skirmish that started in the Oblivion Bar then to Myrra, a fantasy pocket dimension with dragons and knights. The best part was when Mordru turned the JLD into the Lords of Chaos, giving them these sick, evil looking designs to counter the Lords of Order in this epic showdown! 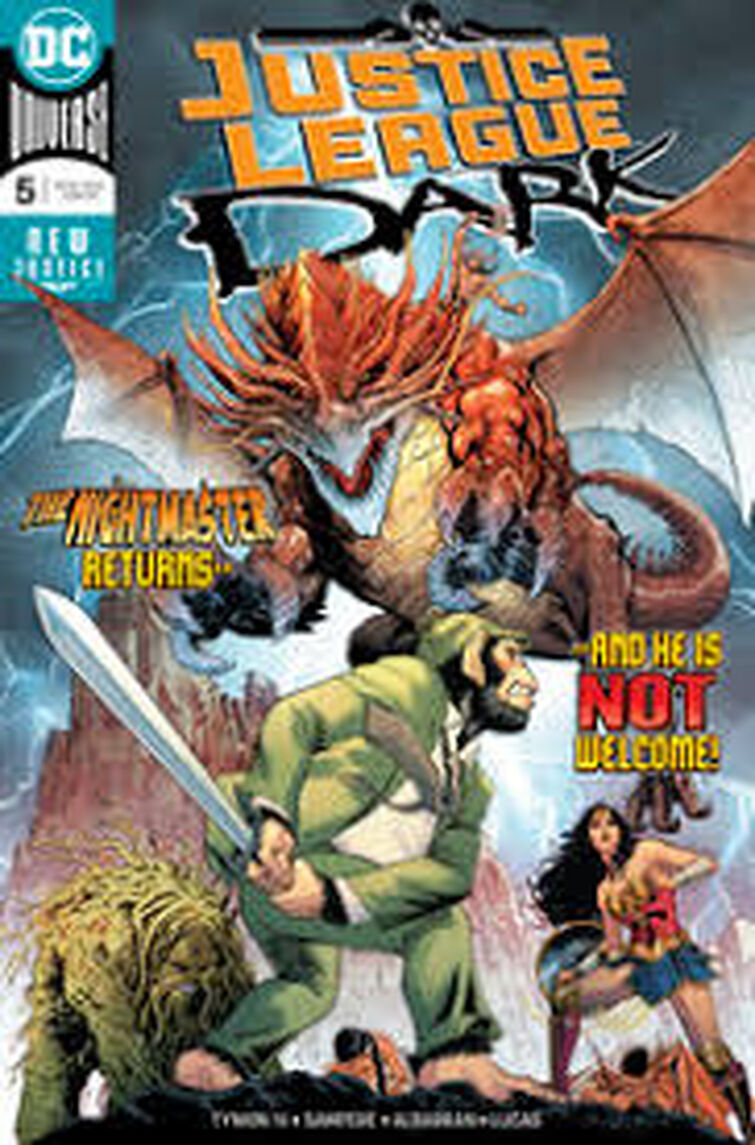 The true downfall of this short story was that it was just too short. It was an interesting concept to honor the Shadow Pact series back in 2006, which was essentially the first JLD. I am also not a huge fan of fantasy stories, so it felt out of place to me, but still had a purpose as to why the story existed. It was really fun to see this new, gruff version of Blue Devil become the new ruler of Myrra after Nightmaster’s passing in Dark Nights Metal. If you were to get into this series, I would recommend these two issues to start, just because it is very reader friendly.

Those who read 1972's Swamp Thing #1 will know he was absent when Swamp Thing confronted his other two murderers Bruno and Maxwell Ferrett. The Giant states this was because he was himself killed by them after expressing reservation for killing Alec. It's cool that they brought back such a forgotten character and made him earn his redemption. 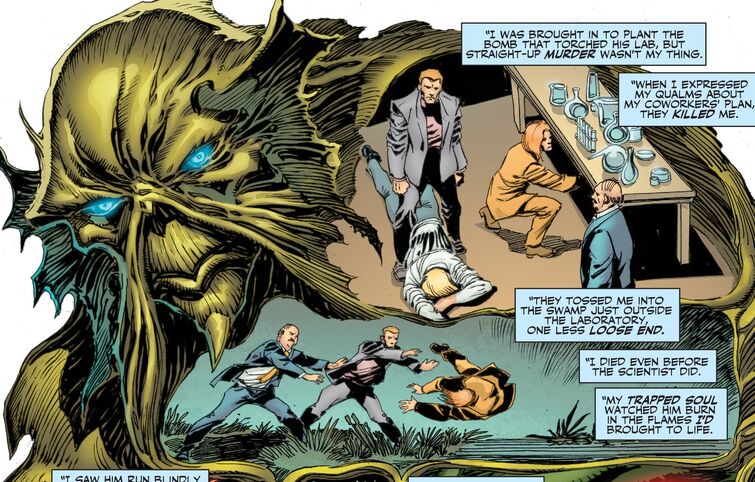 1. Are robin and Nightwing the same person?

2. So I was looking up Swamp Thing, or Dr. Holland, and there were 3 ways they described as to how his body turned into the way it is; does this have to do with the timeline thingy, if new earth and prime earth stuff?

3. So, for a particular character, there are many versions of them according to the storyline and what they did type of differences; so in a vs. Battle or any other -' what is your view on this character?' Type of thing; in what context do u guys consider things? Is it like the popular version accepted; or different views combining all of it, i mean, in the usual case.

So I was wondering if you think Solomon grundy could ever be in the swamp thing show if we ever get a session 2?. now its probably never gonna happen but I thought it would be cool especially both being from a swamp now idk if they have ever fought in the comics but tell me what you think an do you think it would ever happen?. 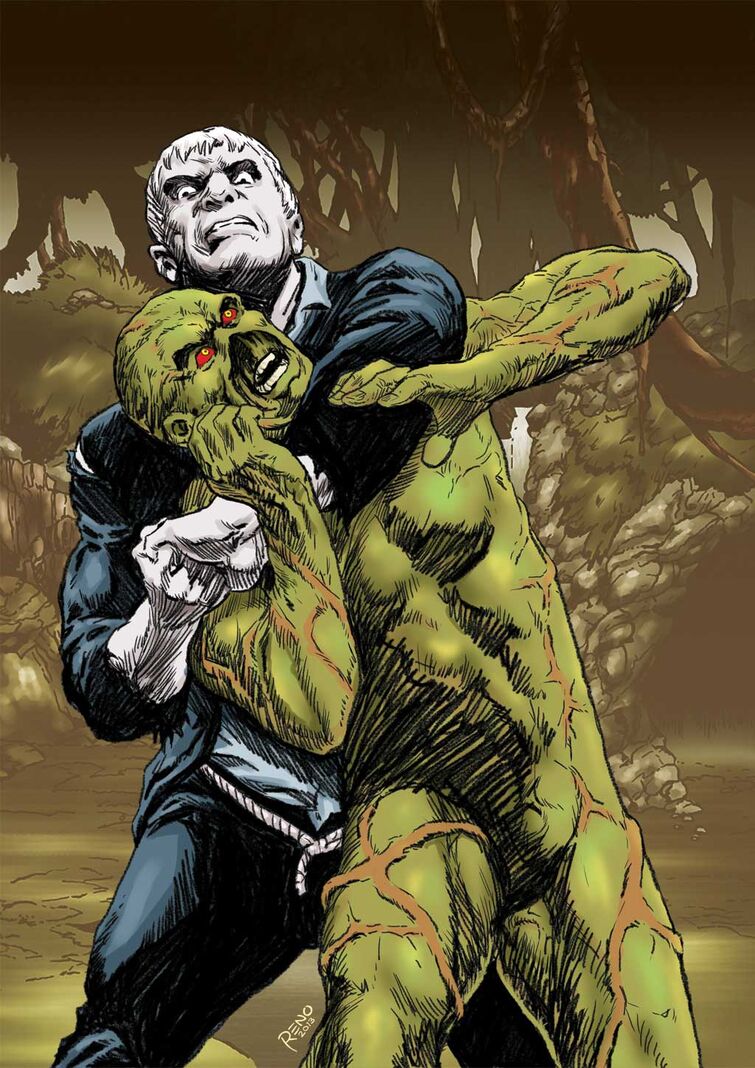 This is a game Roscoe created where we use ten words or less to describe a DC character.

The rules can be found here:

In the wake of it's own live action TV show, yes, you've guessed it right.

10 Words: Less is more. (Trial run for a new challenge.) | FANDOMWe use many words to answer questions and explain…dc.fandom.com
(edited by RogerFoxtrot33)
Swamp Thing 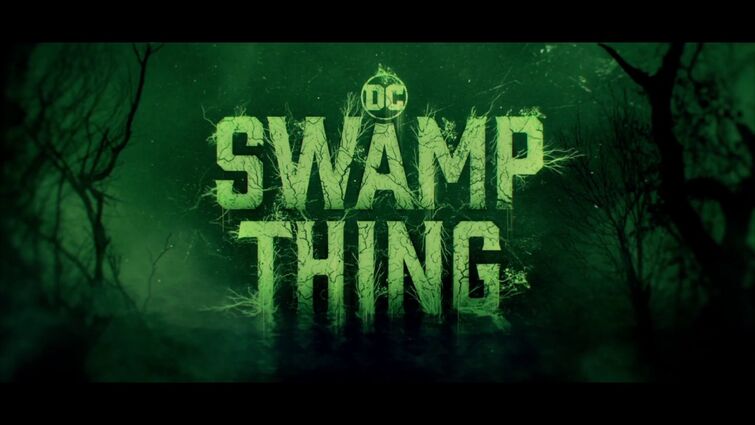