Living outside of the US, I don't even know what "the American Way" is. The first thing that comes to mind when I think about the U.S.A. is war. So this new motto ("a better tomorrow") feels more fitting. After all, he is generally called the "Man of Tomorrow."

The Batman has me hyped since the first trailer. Peacemaker looks good, I'll try to check it out as soon as it releases. I'll catch up with Young Justice now that I found it on HBO Max. The video games look cool, but I won't be able to play them unless I get a PS4 or Xbox One.

Let's hope this movie doesn't hold to those cliches.

Yeah, I was also confused when I started reading DC. I even thought New Genesis was the name given to the current Earth. That's what happens when you read Darkseid War as one of your first comics.

For some reason, I remembered Loonatics Unleashed was like a Looney Tune/Justice League mash-up. But now that I see them again, it's more like a Power Rangers thing. I don't even remember their powers.

It's an early appearance. Riddler could start wearing a more comic-accurate look in the future.

Regarding the second image, Jorge Jimenez posted this yesterday. If it was intentional, then it's a really cool homage. 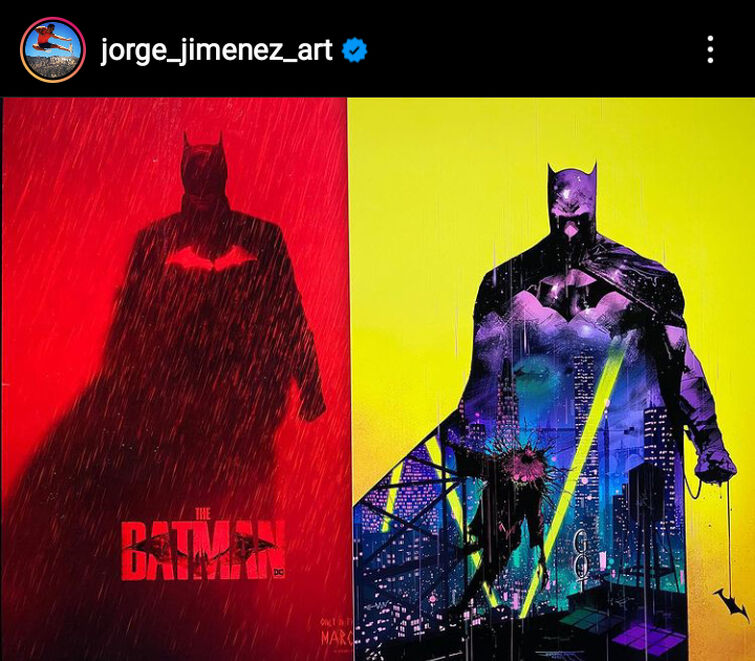 For anyone who didn't understand the reference, it's taken from this teaser:

I wasn't happy about it, but I got over it. It's just a movie. I've seen worse.

What are the similarities between them?

If Injustice doesn't horrify you enough, then watch more movies.

It was leaked. It didn't release earlier. At least not legally.

Don't worry. You'll get over it when you watch the upcoming Injustice movie.

It's been months since you first posted it, and you're still complaining about that movie?

It's not "better." That's a completely different list that covers modern comics from the current continuity (Prime Earth). The one I shared covers the New Earth stories (1985 -2011)

You could check this guide, but it's very convoluted and confusing, listing almost every appearance, even if they are guest appearances or cameos in other series.

Just to let you know, I'm personally working on my own reading order using Google Spreadsheets, but it's incomplete. It only covers the years 1986 - 1993 so far. I try to make it as complete as possible, but also easy to figure out which stories are relevant and which aren't. If you're interested, I could try and make it public and share it with you.

The Cluster Ship came to mind, but I doubt it's as big as Warworld.

I mean, the police usually stop a street fight regardless of who is in the right or who's wrong, mostly to protect the fighters and the people around them. If two (or more) aliens start fighting in a little town, crashing through buildings, and causing lots of damage, then the military doesn't have another choice but to aim at both troublemakers. Also, it's not that obvious to figure out who's the good or bad guy. At first glance, Faora and the others can be some sort of intergalactic police and Supes a criminal they're trying to apprehend. The general or commander stopped seeing Superman as a threat only when Supes saved him personally.

There are many more than just three.