Elseworlds and what-if shouldn't mean whatever. These heroes were like their main counterparts till a certain point. If that's what heroes are supposed to be like, I'd rather not read them anymore.

No. I am talking about Kingdom Come. Wonder Woman goes violent all-out berserk because she got kicked out by Amazons over her inability to bring peace, even though in other stories that never happened with her. Superman almost killed innocent people because he faced loss (something he has faced in other stories but hasn't killed innocents), and remember a lot of the UN didn't vote to bomb his fellow heroes, the secretary general cast the vote to do it, Justice League is jailing up those opposed to them.

Too much paranoid, dark and fickle heroes going mad like losers, especially when it isn't in their character to.

Kingdom Come is a trash story and I hope it's never mentioned again. Heroes going psycho and all mass-murder? No thanks.

Actually I would say also Catwoman. While I don't really think she is needed in Batman titles, she truly does shine on her own wit some writers.

John Stewart. In my opinion, he's a better lantern and has a more interesting background than others.

Think of Linearverse as everything happened. Everything in Earth-Two, Earth-One, New Earth, Prime Earth is canon. All the things happened in some way or another.

All characters now can live for very long and age very slowly in the Linearverse, which makes all past stories canon. Yes I know, it sounds unbelievable, but it's true. So all past stories (canon anyway) are canon. How are we going to be dealing with this? And what are your thoughts on it?

(edited by MatteJohnny)
A reply to Arrowverse lover331
0

Only some people hate Johns, often it's because they haven't even read most of his work and decide on one work writers are bad. Same happened with Three Jokers where some started bashing Johns as a bad writer because of the ending.

A reply to Arrowverse lover331
0

Fisher has worked in True Detective and upcoming Women of the Movement. He didn't make the accusation that Josh Whedon locked up Gal Gadot over her refusing to shoot a scene where the Flash is lying on WW. A credible independent journalist did. If Whedon can be forgiven after that by people without truly repenting, then I've lost my faith in humanity.

Her father was abusive and her mother took her life. This is where her desire to steal comes from partially. It's also for fun, but also for what she couldn't get.

Superman is a saint. Of course he doesn't hide his face, but he did his identity for years. As far as Catwoman goes she could do great things and has helped people many times, but choses to waste most of her time in things like jewellery and money to fulfil her sad life.

I meant I have read comics from all eras of Batman, from the modern age to Golden Age.

I didn't say anything about any golden age story.

BatCat is overrated. I've been reading Tom King's series and I've read Batman comics before that going back to the Golden Age (not all mind you). But there really isn't any moment that sells it for me. It's too forced. I'm sure there are many women who can understand Batman's life, you don't need to be a thief for that.

David Ayer confirms there is a director's cut and he kept his head down when the studio had its own cut made. 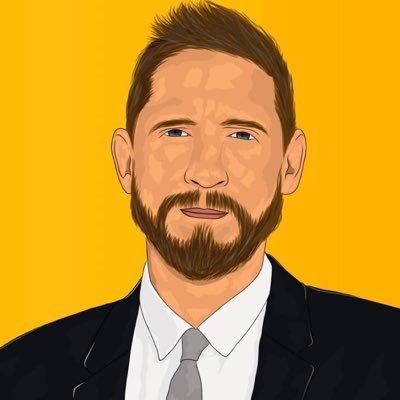 Aquaman is the only other good DCEU movie asides from Wonder Woman and Shazam. It's not great, but not worst for sure.

The origin of Punchline, it's in the image. Compare it with our article.

Some discussions just turn dead ends because people have greatly different opinions which they think they don't have any reason to change. Let's leave it at that. It's become a pointless argument that only wastes time.