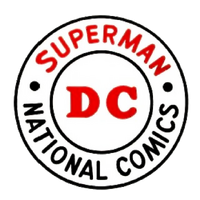 1958 showed steady sales for DC's ongoing publications with virtually no cancellations. Genres such as war, science-fiction and western comics rose in popularity, gradually nudging out demand for super-hero comics. Although the super-hero genre was slowly waning in popularity, milestone characters such as Superman still dominated the spinner racks. Superman was featured in no less than seven ongoing titles. He was the feature character in Action Comics and Superman (Volume 1), shared the spotlight with Batman in World's Finest Comics, and was a supporting character in Superman's Girl Friend, Lois Lane and Superman's Pal, Jimmy Olsen, appearing in every issue of each title. A younger Superman also made appearances in Superboy (Volume 1) and Adventure Comics. Only slightly less popular than the Man of Steel was the Dynamic Duo, Batman and Robin. Batman was the spotlight character in his own eponymous title, and dominated the title-card in Detective Comics. Like Superman, Batman and Robin shared the spotlight in World's Finest Comics.

1958 also ushered in the era of the "Imaginary Story", a unique writing convention that allowed writers to convey tales set outside the mainstream DC Universe, often with strange twists that would never take place in the continuity of the regular titles. Such imaginary stories later paved the way for DC's Elseworlds imprint in the 1990s. In 1958, the Legion of Super-Heroes made their first appearance in the pages of Adventure Comics Volume 1 #247. Although they only made one appearance that year, they would return in subsequent years, making several guest appearances, quickly gaining in popularity, much to the surprise of DC editors. Eventually, the popularity (as well as roster) of the Legion of Super-Heroes proved strong enough that they were regularly featured in the pages of Adventure Comics and eventually, their own title. To accommodate space for his rapidly growing gallery of friends and foes, Superman also required a larger place to hang his cape. In June of 1958, Superman established his private headquarters in the frozen North - the Fortress of Solitude.

The following creative talent are known to have been born in 1958:

The following creative talent passed away in the year 1958:

The following comic titles debuted with a 1958 cover date:

The following Comic titles were last published with a 1958 cover date:

The following One Shots were published with a 1958 cover date:

The following characters debuted with a 1958 cover date:

The following teams debuted with a 1958 cover date:

Retrieved from "https://dc.fandom.com/wiki/1958?oldid=2219263"
Community content is available under CC-BY-SA unless otherwise noted.