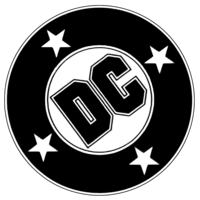 1992 began with a "Panic in the Sky" that saw the return of one of Superman's most dangerous foes - Brainiac. Brainac's quest to subjugate the Earth brought together nearly every active hero in the DC Universe and resulted in the death of Draaga, a minor, but critical character from the Superman mythos. Brainiac was not the only villain to make a comeback in early 1992. The Ventriloquist and Scarface also resurfaced to plague Batman in a three-part story-arc appropriately titled, "The Return of Scarface". This storyline took two relatively low-key villains and propelled them into the spotlight of notoriety shared by many of Batman's recurring adversaries. More significantly, this storyline also introduced the character of Renée Montoya, a detective for the Gotham City Police Department who becomes a longstanding supporting cast member in the Batverse and ultimately assumes the guise of the Question. Another critical story that took place in 1992 was the "Breakdowns" story-arc, a fifteen-chapter serial which ran through alternating issues of Justice League America and Justice League Europe. This storyline focused on the attempted assassination of League liaison Maxwell Lord and a fight with the otherwordly Extremists. Following this event, League member Elongated Man was featured in his own four-issue limited series that took him on a tour of Europe. 1992's Annuals comprised a theme event called "Eclipso: The Darkness Within" which pitted the major characters of the DC Universe against the menace of Eclipso. The former teen super-heroes, the Titans, had troubles of their own in 1992 as they were forced to confront a futuristic band of Team Titans and the powerful son of Donna Troy and Terry Long in "Total Chaos".

The following creative talent are known to have been born in 1992:

The following creative talent passed away in the year 1992:

The following comic titles debuted with a 1992 cover date:

The following Comic titles were last published with a 1992 cover date:

The following One Shots were published with a 1992 cover date:

The following characters debuted with a 1992 cover date:

The following teams debuted with a 1992 cover date:

The following events were published by DC Comics in the year 1992. This does not necessarily indicate that these storylines took place in the year 1992. The passage of time in the DC Universe is nebulous and subject to change and interpretation. Events from historical time periods are indexed under their corresponding years.

1992
Previous | Next
Retrieved from "https://dc.fandom.com/wiki/1992?oldid=2586465"
Community content is available under CC-BY-SA unless otherwise noted.