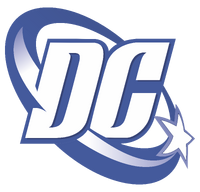 2009 brought to a close Final Crisis, the last of a series of multi-part crossover events, the roots of which, extended as far back as the original "Crisis on Infinite Earths". Final Crisis was pivotal in that it featured the return of the Silver Age Flash, Barry Allen, who heroically gave his life to save the Multiverse during the first Crisis.

Hot on the heels of Final Crisis was "Faces of Evil" a string of themed one-shot and regular series issues that spotlighted the more infamous super-villains of the DCU.

Following Final Crisis and Faces of Evil, DC introduced a cornerstone event titled, "Origins and Omens". Origins and Omens was a back-up bonus featured in regular monthly issues that re-examined the origins of major characters in the DC Universe.

Both the "Bat" and "Super"-verses expanded on their previous storylines with multi-part arcs that extended into the summer season. Following "Batman R.I.P." was the seven-part "Last Rites" storyline which led into the greater "Battle for the Cowl" event – an event which completely restructured the Batman universe as various heroes struggled to fill the role of Batman – a position vacated by the presumed death of Bruce Wayne. In the aftermath of this feud, a new Dynamic Duo emerged. Former sidekick Dick Grayson once again donned the cowl of Batman while reluctantly taking Bruce's son, Damian Wayne, under his figurative wing as the new Robin. As part of this "Batman: Reborn" event, the previous Robin, Tim Drake, assumed a new identity – Red Robin.

In the Super-verse, Superman decided to keep a closer eye on the affairs of New Krypton and voluntarily journeyed to the planet to become part of the Kryptonian military guild under General Zod. Leaving Earth a "World Without Superman", several heroes emerged to fill in the void. The Daxamite Lar-Gand protected Metropolis as Mon-El while the Kryptonian vigilantes Flamebird and Nightwing patrolled the planet hunting down Kandorian sleeper agents.

The major summer event of 2009 was the cosmic-spanning storyline "Blackest Night". Primarily involving characters from the Green Lantern family of titles, "Blackest Night" was the pivotal climax of the larger "War of Light" saga, which had been steadily gaining momentum since 2007.

The following creative talent passed away in the year 2009:

The following comic titles debuted with a 2009 cover date:

The following Comic titles were last published with a 2009 cover date:

The following One Shots were published with a 2009 cover date:

The following characters debuted with a 2009 cover date:

The following teams debuted with a 2009 cover date:

The following events were published by DC Comics in the year 2009. This does not necessarily indicate that these storylines took place in the year 2009. The passage of time in the DC Universe is nebulous and subject to change and interpretation. Events from historical time periods are indexed under their corresponding years.

2009
Previous | Next
Retrieved from "https://dc.fandom.com/wiki/2009?oldid=2460706"
Community content is available under CC-BY-SA unless otherwise noted.