Abigail Arcane is the wife of Swamp Thing. She is the daughter of Gregori Arcane, the mother of Tefé Holland and has also been married to Matt Cable. Having been partially raised by her villainous uncle Anton Arcane, she grew up with nightmares and abuse. Developing a deep love of nature as an escape, she would later meet and fall in love with Swamp Thing, a creature composed entirely of vegetable matter with the memories of a human scientist named Alec Holland exposed to a Bio-Restorative Formula. In the New 52 relaunch, Abigail was connected with the elemental force of the Black, and eventually became its avatar. Abby Holland was created by Len Wein and Bernie Wrightson, first appearing in Swamp Thing #3. (1973) 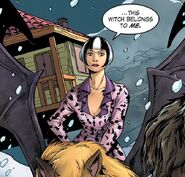 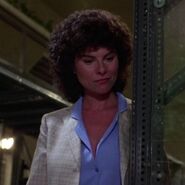 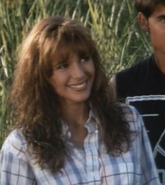