Amethyst, Princess of Gemworld, is a powerful magic-user and sword-wielding hero. She was born to the royal family of Gemworld in the House of Amethyst, although her parents were killed by the evil Dark Opal. To save her life, the witch Citrina sent her to Earth where she'd be raised unaware by Herb and Marion Winston. Amy learned of her powers at the age of 13 when she returned to Gemworld, and gained the appearance of a fully grown woman. In this form, her mission is to banish evil from her homeland and free them from oppression using her new abilities. After Citrina's death, she gained her powers and became a Lord of Order. Amethyst was created by Dan Mishkin, Gary Cohn and Ernie Colon, first appearing in Legion of Super-Heroes (Volume 2) #298. (1983) 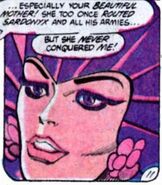 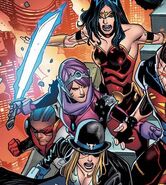 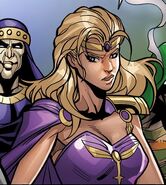 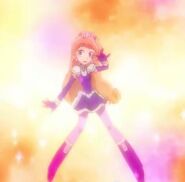 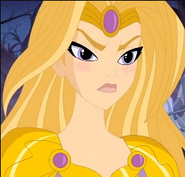