Anarky is Lonnie Machin, a teenage prodigy who, believing in anarchism, creates improvised gadgets and attempts to subvert government in order to improve society. Batman recognizes him as a force for good, but does not support his violent methods. He is one of Batman's most influential and chaotic enemies. He is believed to be the son of the Joker. Lonnie Machin was created by Alan Grant and Norm Breyfogle, first appearing in Detective Comics #608. (1989) 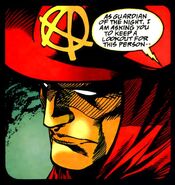 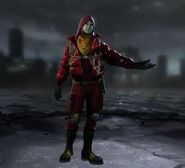 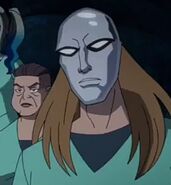