The Ant is a costumed enemy to the Teen Titans. Eddie Whit became a juvenile delinquent to feed his family. When he was released, his employer blackmailed him into working as a super-villain. Despite having no powers, he is unusually agile and athletic. The Ant was created by Bob Haney and Nick Cardy, first appearing in Teen Titans #5. (1966) 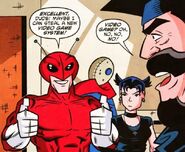 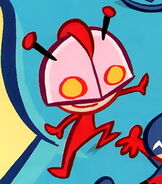 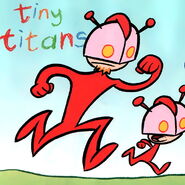