Anton Arcane, sometimes simply known as Arcane, is an evil sorcerer and scientist whose obsession with gaining immortality has led him to create monstrous creatures known as "Un-Men" as well as other monstrous biogenetic experimentations involving the dead. Another one of his creations was the Patchwork Man, who had once been Anton's own brother Gregori. He is the uncle of Abigail Arcane and also the arch-nemesis of Swamp Thing. Anton Arcane was created by Len Wein and Bernie Wrightson, first appearing in Swamp Thing #2. (1972) 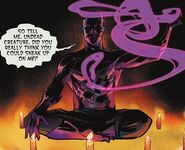 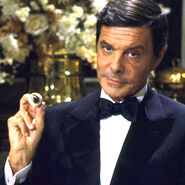 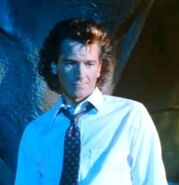