Bart Allen is a speedster, the original character known as Impulse, the second Kid Flash, and the fourth hero known as The Flash. Originally born in the 30th Century as a descendant of the Allen Family, he traveled back to our time and became a member of the Flash Family. His grandfather is Barry Allen, and his mentors have included Wally West and Jay Garrick, along with Max Mercury. Originally given the codename Impulse for his impulsiveness, he became Kid Flash after learning greater self-control, and eventually The Flash when he grew up further. Bart was killed by the Rogues during Full Throttle, but resurrected as Kid Flash again during Final Crisis, he has been working alongside the other three Flashes since the events of The Flash: Rebirth. He is a founding member of Young Justice and a member of the Teen Titans and Legion of Super-Heroes.

In The New 52 reboot, a new character appeared using the same name as the original Bart Allen. Bar Torr was a revolutionary from the 30th Century who was sent back to the 21st Century with no memories from his past. He took the alias Kid Flash and joined Red Robin's Teen Titans. Bart learned the truth of his origins when Johnny Quick exploited his status and sent the Titans to the future. Bar was briefly brought back by the Elite, but returned home to rescue his love interest, fellow Titan Solstice . The original Bart Allen made his return in Flash War as Impulse. 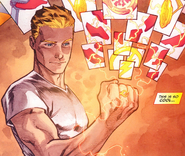 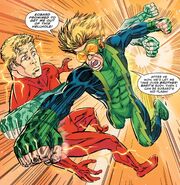 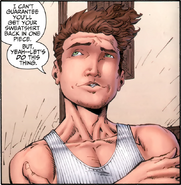 The Flash
Earth -44
The Murder Machine 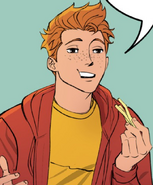 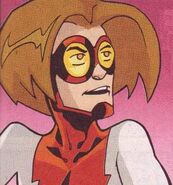 Impulse
Legion of Super-Heroes in the 31st Century
Comics-only 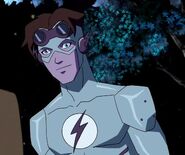