Bat-Mite is a mischievous imp from the 5th dimension with reality-warping powers who idolizes Batman, but usually only causes trouble for his hero. To show his devotion he wears an ill-fitting homemade costume. He is similar to the character Mister Mxyzptlk, an antagonist to Superman who he occasionally teams up with, although instead of acting maliciously he is more of an unintentional nuisance. Other stories have implied that he might simply be a figment of Batman's imagination. Bat-Mite was created by Bill Finger and Sheldon Moldoff, first appearing in Detective Comics #267. (1959) 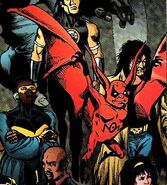 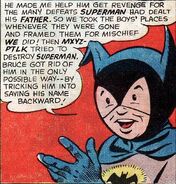 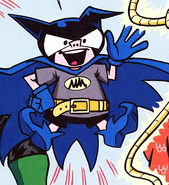 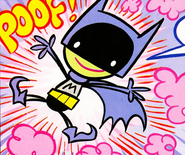 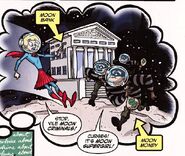 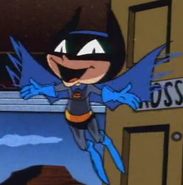 Bat-Mite
TV Series
Batman: The Brave and the Bold 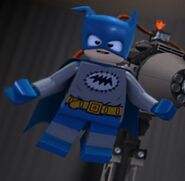