Brother Power the Geek is a puppet elemental, a mannequin brought to life when he was struck by lightning. He becomes a revolutionary political figure in the liberal and hippie counter-culture, inspiring others to stand up for their ideals. His most significant enemy was Ronald Reagan, who once sent him into outer space on a rocket. Brother Power was created by Joe Simon, first appearing in Brother Power, the Geek #1. (1968) 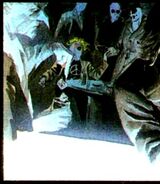 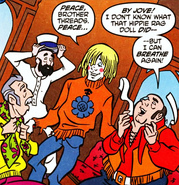 Brother Power
Other Media
The Brave and the Bold