Captain Marvel is known as the world's mightiest mortal, a super-hero with magic origins. He was chosen to be a champion for good by the powerful wizard Shazam, and gains incredible powers whenever he speaks the wizard's name. In his secret identity, he is the young Billy Batson, an idealistic news reporter working in Fawcett City, but when he speaks the name Shazam he transforms into his fully-grown heroic persona. The powers he has been granted include S for the wisdom of Solomon, H for the strength of Hercules, A for the stamina of Atlas, Z for the power of Zeus, A for the courage of Achilles, and M for the speed of Mercury. These are the powers of the mythological figures themselves.

In addition, he is the leader of the Marvel Family, a team of heroes who have received powers the same way he has, including Mary Marvel and Captain Marvel, Jr.. After the wizard died, Batson took his position and guards the Rock of Eternity where the Seven Deadly Sins have been imprisoned. Throughout his career, he has been a member of the Justice League and the Justice Society of America. His successor to the position is Freddy Freeman, originally Captain Marvel Junior, formerly a teenage superhero and a member of the Outsiders and the Teen Titans. Captain Marvel was created by Bill Parker and C.C. Beck, first appearing in Whiz Comics #2. (1940) 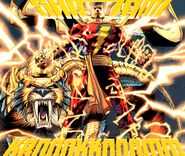 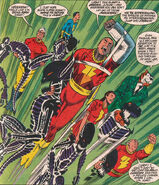 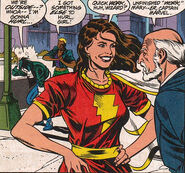 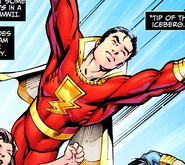 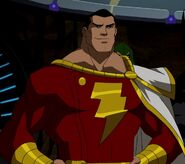 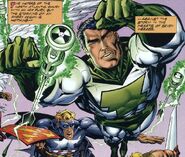 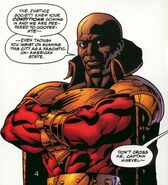 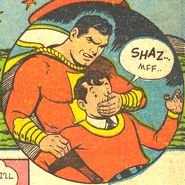 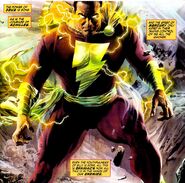 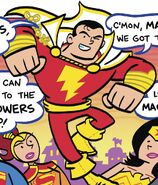 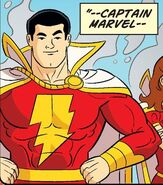 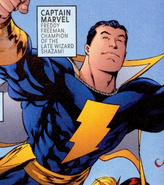 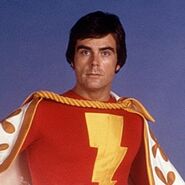 Billy Batson
TV Series
The Brave and the Bold 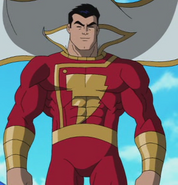 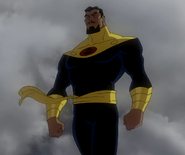