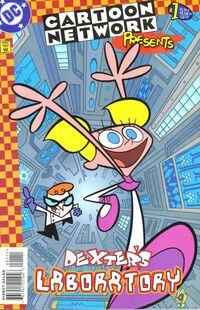 Cartoon Network Presents was the first of several anthology titles published by DC Comics featuring multiple shows produced and aired on Cartoon Network. Each issue consisted of stories based on either Cartoon Network's in-house productions or Hanna-Barbera's library (with the exceptions of The Flintstones, The Jetsons, and Scooby-Doo, due to them having their own titles, though the last issue spotlighted Scrappy-Doo), or sometimes both.

Retrieved from "https://dc.fandom.com/wiki/Cartoon_Network_Presents_Vol_1?oldid=1902302"
Community content is available under CC-BY-SA unless otherwise noted.