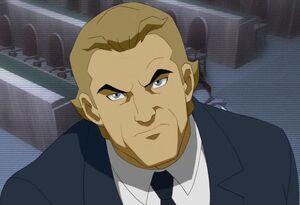 G. Gordon Godfrey convinced his country and parts of the whole world to subsequently trust and distrust aliens.

Sometimes confused with "seduction", Charisma is a term used to describe the ability of some characters to charm or communicate expressively to persuade someone. Charismatic characters tend to use their ability to speak to get their way. Though very difficult or even impossible to define accurately, charisma is often used to describe an (elusive, even undefinable) personality trait that often includes the seemingly 'supernatural' or uncanny ability to lead, charm, persuade, inspire, and/or influence people.