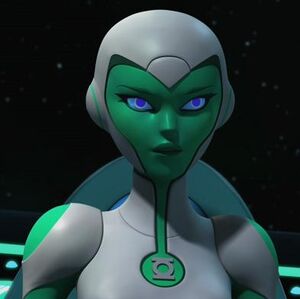 Aya was once simply a computer program guidance system but became so much more as her operations gave her a body and later a purpose.

Sometimes compared with "computer hacking", Computer Operation is a term used to describe the ability of some characters to design, repair, network, hack, edit, manage and sometimes basically understand the workings of a computer. This includes both hardware and/or software as it relates to computer systems.