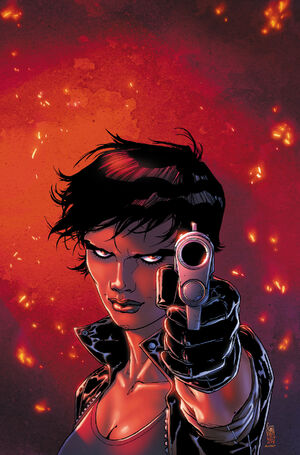 Director Waller is well versed in political battles as well as physical ones and uses her dominating skills to lead the Suicide Squad.

Sometimes simply called "lying", Deception is a term used to describe the ability of some characters to convincing others to believe information that is not true. Characters that can deceive often use tools like distraction, concealment, and propaganda. In many cases it is difficult to distinguish deception from providing unintentionally wrong information. One of the reasons for this is that a person or an entire organization may be self-deceived.

To be skilled in deception does not mean simply lying. The character must show that they have not only lied but directly lead people to believe incorrect information such as breaking into a maligned group, like Terra, or using double talk as a way of manipulating others, like Lex Luthor.