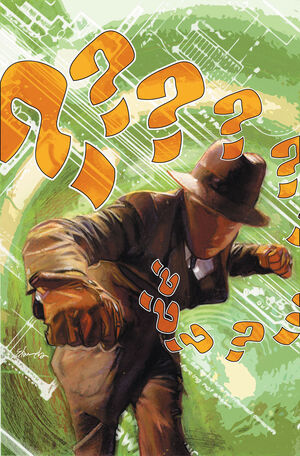 The Question uses a mask to obscure his face and it's distinct "blank" structure allows for Vic Sage to manipulate it to look like whomever and however he'd like.

Sometimes confused with "deception", Disguise is a term used to describe the ability of some characters to alter one's physical appearance so that they resemble someone else. It is used to conceal one's identity. While characters who disguise themselves often do so to appear as someone else, certain characters use it to blend into society or make up their own identity such as the case with Matches Malone, Clark Kent, Diana Prince and John Jones.