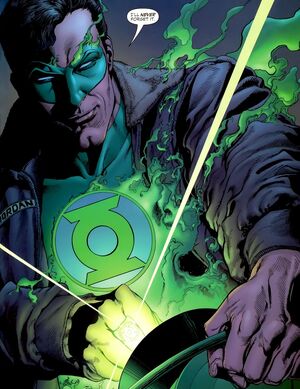 Green Lantern is an indomitable hero whose willpower is the stuff of legends.

Sometimes called simply willpower, Indomitable Will is a term used to describe the ability of some characters to control their impulses and emotions in order to make their choice clear. Characters with this skill have the internal strength to overcome fear and resist mind control. Characters with enough willpower can be called upon by the Green Lantern Corps.

2
A
B
Next Last
Retrieved from "https://dc.fandom.com/wiki/Category:Indomitable_Will?oldid=1926791"
Community content is available under CC-BY-SA unless otherwise noted.
FandomShop DC Trivia GalaxyQuest