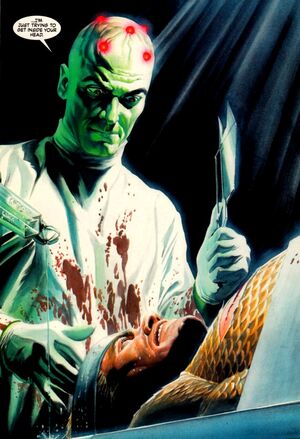 Brainiac, ever the scientist, uses extreme measures to gain and preserve knowledge.

Often an indicator of "genius level intellect", Science is a term used to describe the ability of some characters to use their brain in a specific field to intellectually and practically encompass a study. Whether it is to study a behavior, understand a concept or actively use their knowledge to an end is up to the character in question.

A
B
C
Next Last
Retrieved from "https://dc.fandom.com/wiki/Category:Science?oldid=1673306"
Community content is available under CC-BY-SA unless otherwise noted.
FandomShop DC Trivia GalaxyQuest