Approximately 2.0" in diameter (per Choco)

Less than an ounce (per Choco)

You're a junkie. A Chocos junkie!Batman

Chocos are a popular brand of sandwich cookie. A single cookie (referred to as a Choco) consists of two circular chocolate-flavored wafers pressed together with a refined sugary "cream" filling.

During the time when the Justice League first acquired an international charter, the Martian Manhunter developed a fondness for Chocos cookie snacks. Whenever he wasn't on monitor duty, or coordinating League functions, he was usually found munching on a bag of Chocos. At some indeterminate point in time, fellow JLI teammates Booster Gold and Blue Beetle decided to play a trick on J'onn. They stole his remaining supply of Chocos, and purchased the entire stock from every retail outlet throughout the city. Upon discovering that he was bereft of Chocos, J'onn threw a tantrum. His shape-shifting abilities raged out of control, and he began tearing up the city streets in desperate need of Chocos. As the withdrawal symptoms continued, J'onn's intellect lessened, until he was little more than a brutish, enraged, "hulk" with little semblance of humanity.

Blue Beetle and Booster Gold attempted to bring the Manhunter under some semblance of control, and they lured him towards the warehouse where they had stockpiled all of the pre-purchased Chocos. J'onn consumed copious amounts of cookies until he returned to normal. With the danger passed, J'onn returned to the JLI embassy for a special meeting with Maxwell Lord and the other League members. Teammate Batman discovered that the Chocos produced a chemical reaction in Martian physiology, similar to that created from addictive narcotics. The intervention proved successful, and J'onn recognized that he had a problem.

With full control over his anatomical structure, J'onn used his shape-shifting powers to morph around the cells that had contributed to his addiction. He literally exorcised the Chocos addiction from his body, whereupon it briefly took upon a slight semblance of sentience. The living "addiction" attacked several other League members including Guy Gardner, Ice and Max Lord, until J'onn destroyed it with a blast of his Martian vision. With the personified craving excised from his system for good, J'onn returned to normal – free of his addiction to Chocos.

Martian Manhunter was known to snack on them occasionally since, but has avoided the same level of addiction.

When J'onn died during the events of Final Crisis, Batman left a single Choco on top of his coffin on Mars due to his affection for them. 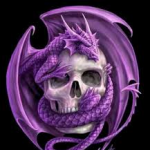