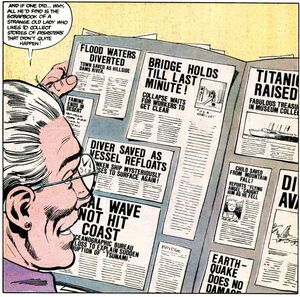 Don't overdo it just because you like a character.

The DC Database has tons of images - out of all our pages, only a fraction still needs visual representation. In our past, we've gone by a number of different standards, or no standards, which makes our 139,270 images awash with inconsistency. Here's some short ground rules.

The image should be completely unaltered from the comic.

Retrieved from "https://dc.fandom.com/wiki/DC_Database:Image_Policy?oldid=2642024"
Community content is available under CC-BY-SA unless otherwise noted.