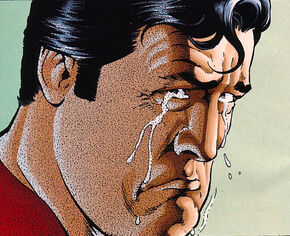 Running a wiki is hard, okay?

The DC Database must strike a healthy balance between a historical perspective and attention to continuity. Sometimes, these two things are at odds. Ever since the New 52 began, we have adjusted our perspectives several times, and have been modifying our templates in order to accommodate the changes that needed to be made to maintain that balance.

Since the New 52 initiated a new timeline and, by extension, a new continuity, we have had to "split" characters who have long, storied histories between the previous mainstream continuity on New Earth (aka Earth-0) and the current New 52 universe that we call Prime Earth. Initially, we resisted this, but it soon became clear that, in a lot of cases, it was necessary to create Prime Earth pages for characters appearing in the New 52.

So, up until this point, the Administrators have largely been dictating how all of this stuff is handled based on the results of those hot—but entirely unsexy—debates (we're pretty dictate-y in general). But, we're opening up the floor for you to discuss some of this stuff with us, and get involved in the process of untangling this mess.

What you can do

You should use this article's talk-page to discuss or ask questions about whether certain characters ought to be split or anything to do with the practical handling of these issues. As per the Community Message, you can now begin to create pages for any character who does not belong to the Green Lantern, Legion of Super-Heroes or Batman families, and who does not have a pagename that uses the format "Codename (Real Name)" like Batman (Bruce Wayne) or Superman (Clark Kent). Anyone else is fair game.

Any new page you create should also include {{PEthing}} at the top, to help users to find the version they are looking for, if they happen to end up on the wrong version's page. It should also use {{PEBoilerplate}} in the notes section to properly credit the character's creators.