Darkseid is the ruler of Apokolips and Darkseid's Elite and was a major player in the cosmic war that was the Final Crisis. Unto the hell that is Apokolips came Darkseid, pure hatred personified, a merciless tyrant who demanded unwavering devotion and abject fear from all his subjects. A being of unparalleled strength, Darkseid nevertheless preferred not to sully his gloves with combat unless provoked to action. His eyes emitted the formidable Omega Sanction, ray beams that could disintegrate, teleport, or resurrect depending on the dread lord's wishes. His sole mission in life was to find and gain control over the Anti-Life Equation which would give him the means to usurp all free will in the sentient universe. Created by Jack Kirby, Darkseid first appeared as a cameo appearance in Superman's Pal, Jimmy Olsen #134. (1970) He then made his first full appearance in Forever People #1. (1971) 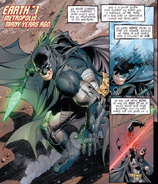 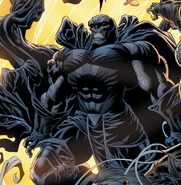 Darkfather
Dark Multiverse
Successor
Add a photo to this gallery 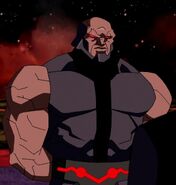 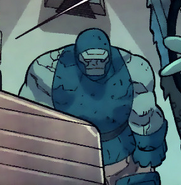 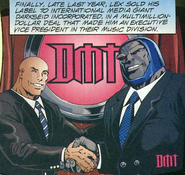 Yuga Khan
Elseworlds
The Coming of the Supermen

Darkseid
Elseworlds
The Coming of the Supermen 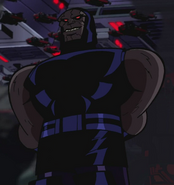 Darkseid
TV Series
The Brave and the Bold 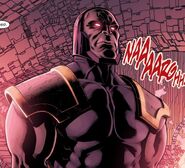 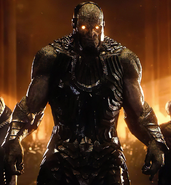 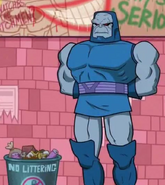 Retrieved from "https://dc.fandom.com/wiki/Darkseid?oldid=2941370"
Community content is available under CC-BY-SA unless otherwise noted.