The Devil is the highest authority in Hell, ruling over all the other demons. There have been several rulers of Hell over the years. The original was Satan, the first of the fallen, an angel who God cast out of Heaven. Lucifer, a more powerful archangel, took over when he was cast out of Heaven for leading a rebellion. Lucifer became part of a triumvirate, sharing his power with the demons Azazel and Beelzebub. He would go on to abdicate his throne, and Dream of the Endless gave his position to the angels Duma and Remiel. Neron later took over, and introduced himself to Earth's heroes during Underworld Unleashed. Lord Satanus and Lady Blaze deposed Neron during Reign in Hell and Blaze defeated Satanus to become sole ruler. 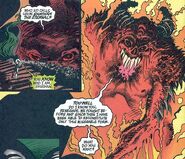 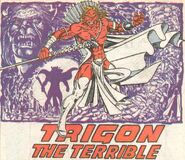 Lord of the Damned
New Earth
(other versions)

First of the Fallen
Prime Earth
(other versions) 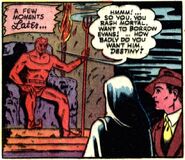 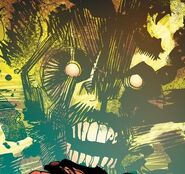 Lucifer Morningstar
Other Media
Once Upon a Time 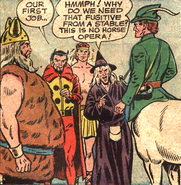 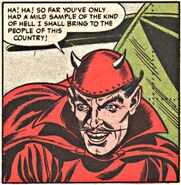 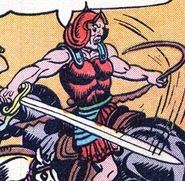 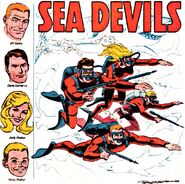