Doctor Thaddeus Bodog Sivana, Sr. is Captain Marvel's arch nemesis. A brilliant evil mastermind, he is arguably the archetype for the "mad scientist". Sivana was the first to figure out Captain Marvel's identity, and has been a constant pest to the Big Red Cheese (as he prefers to call the Captain). He has been associated with the Monster Society of Evil and the Secret Society. He also had a son, Thaddeus Sivana, Jr., and a daughter, Georgia Sivana, who both resemble him.

Thaddeus Sivana was created by C.C. Beck and Otto Binder, and first appeared in Whiz Comics #2 (February 1940). His first post-Crisis appearance was in Roy Thomas' and Tom Mandrake's miniseries Shazam!: The New Beginning (1987), but it was retconned with The Power of Shazam! (graphic novel). Thaddeus Jr. first appeared in Captain Marvel Adventures #52, and Georgia in Mary Marvel #1. 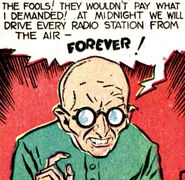 Legion of Sivanas
Multiverse
The Multiversity 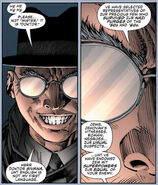 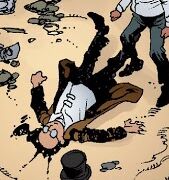 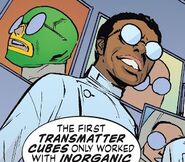 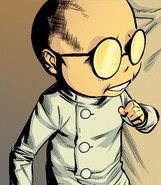 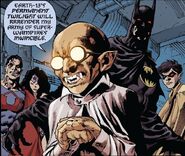 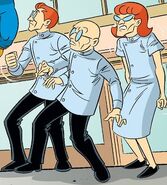 Thaddeus Sivana
Possible Futures
The Birds of Christmas Past, Present and Future 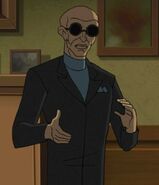 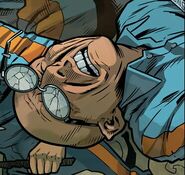 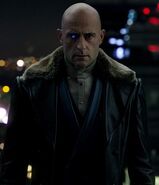 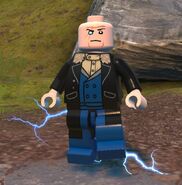