Doctor 13 is a parapsychologist who investigates supernatural activity. In his original adventures he is a skeptic scientist, who exposes false superstition. He is later portrayed as an irrational skeptic, who denies that magic exists and tries to find scientific explanations instead. His wife is Marie Leeds, and his two daughters are Terri Thirteen and Traci Thirteen, the latter with the Asian sorceress Meihui Lan. He has also lead his own group called Team 13. Doctor 13 was created by Leonard Starr, first appearing in Star-Spangled Comics #122. (1951) 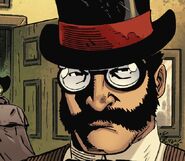 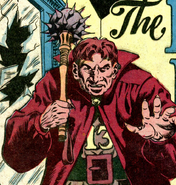 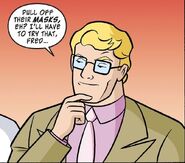 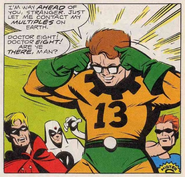