Etrigan is a demon of Hell bonded to a man named Jason Blood, who usually acts on the side of good despite his violent tendencies. They were bonded together in Camelot by the wizard Merlin as a punishment, imprisoning Etrigan and making Blood effectively immortal. Despite sharing the same body, they are usually at odds with each other and Blood retains a lot of guilt based on Etrigan's demonic actions. Etrigan's most distinctive trait is his skill at speaking in rhyme, a symbol of his social status in Hell's aristocracy. He is the leader of the Demon Knights and has been involved with the Justice League. The Demon was created by Jack Kirby, first appearing in The Demon #1. (1972) 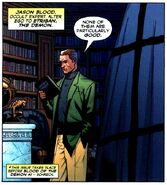 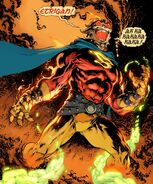 Etrigan
Archive of Worlds
The Fiery Pits Below 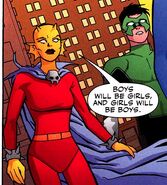 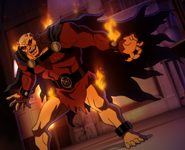 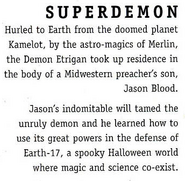 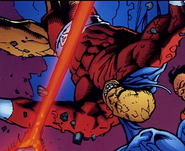 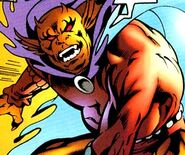 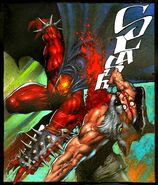 The Beast
Elseworlds
Riddle of the Beast

Jason Blood
Elseworlds
The Doom That Came to Gotham 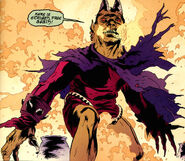 Etrigan
Elseworlds
The Doom That Came to Gotham 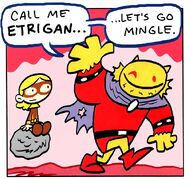 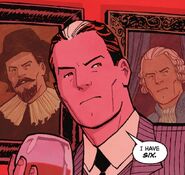 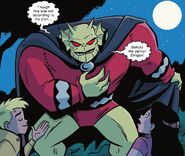 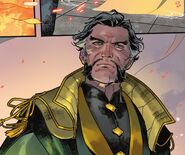 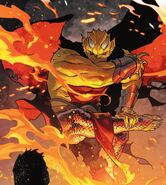 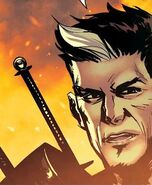 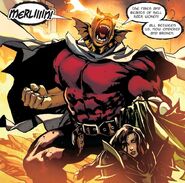 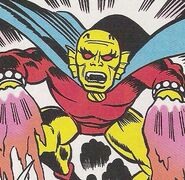 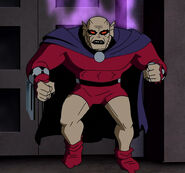 The Demon
The Batman
Comics-only 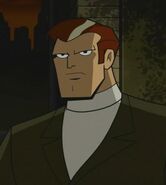 Jason Blood
TV Series
The Brave and the Bold

Etrigan
TV Series
The Brave and the Bold 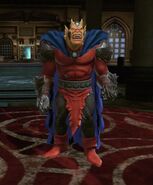 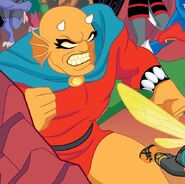