Chapter One: We Do Not Sleep

"Chapter One: We Do Not Sleep": Sergeant Rook has been assigned to Precinct Thirteen, the home of the Gotham City Police Department's Detailed Case Task Force - otherwise known as the Midnight Shift. He has, however, been assigned there on behalf of Internal Affairs, sent to discover jus

Synopsis for "Chapter One: We Do Not Sleep"

Sergeant Rook has been assigned to Precinct Thirteen, the home of the Gotham City Police Department's Detailed Case Task Force - otherwise known as the Midnight Shift. He has, however, been assigned there on behalf of Internal Affairs, sent to discover just what a "detailed case" entails. The task force was created by Jim Gordon, but with his arrest, nobody else at Gotham Central seems to know what the Midnight Shift does. To his dismay, the precinct has two officers and two paid consultants on payroll, but has never logged a single arrest, and their case reports make no sense. Rook believes that they are committing some kind of accounting fraud to get paid for doing nothing.

Lieutenant Weaver explains that the Midnight Shift does exactly what their case reports suggest. They handle the strange stuff. By way of explanation, he introduces the rest of the team, despite Rook's assurance that regardless of what he sees there, he will have the precinct shut down. He introduces Rook to Dr. Szandor Tarr in forensics, then Sister Justine - a nun. Detective Jim Corrigan, meanwhile, is indisposed.

The truth is that Jim gets most of the team's cases from Batman, who dumps on them the situations he just doesn't understand. As he rifles through the case files Batman gave him, Jim senses the supernatural within one of them, and discards the others as mere crimes. Taking them back, Batman wonders if Jim has let the rest of the Midnight Shift know about his relationship with The Spectre. Jim responds that it's complicated. He returns to Detective Lisa Drake, waiting in the car, and she warns him of the IA agent sniffing around.

On the way back to the precinct, Jim warns that the case he just took is bigger than it appears to be. Nervously, Drake comments that when she was a girl, she had always wanted to be a cop. She had seen a policeman save a child who fell into the Queens River, and thought it seemed an act of pure good.

As Rook's patience with the consultants begins to wear thin, Jim bursts in with news of the case; a kidnapping at Gotham Heights. Suspiciously, Rook comments that the case has already been closed as a simple runaway scenario. Seriously, Jim comments that it won't take Rook long to see that the Midnight Shift are not normal cops. Given that Rook obviously doesn't believe in the supernatural, he invites the Sergeant on a ride-along, promising to change his mind in one night.

Together, Drake, Corrigan, and Rook drive to the ritzy Mayfair neighbourhood, where the parents of the missing Atwood girls live. The parents are relieved to hear from them, finally, explaining that the girls did come home - but something is wrong with them. Jim asks to see the girls, Julie and Francine, and is worried when he discovers that they have begun speaking an apparently made up language. He demands of the parents that they show him the muddy clothes that they returned home in, while Drake examines the girls herself and determines that they were close to something dead recently. Their mother confirms that besides the way they talk and the way they look at their own parents with fear in their eyes, Julie and Francine are behaving utterly normal. Drake suggests that perhaps they have both got some kind of Agnosia - which could only be explained if they were both injured in some way.

Jim interrupts, asking both of the other officers to speak with him outside. He asks Drake to have the girls be seen by Sister Justine and record all they say. Annoyed, Drake demands to be the one to do the investigating, wanting to take point on this case. Jim responds that she is on point, as the girls are speaking a dead language, and carrying some kind of telepathic infection. As he and Jim get into the car, Rook angrily demands to know where Jim is getting his information from - whether it be what is wrong with the girls, or his insinuation that there are more kidnapping victims, when it was ruled out as a kidnapping in the first place. In response, Jim calls to Weaver for a rundown of missing children reports in the last 24 hours, and returns fourteen from the Gotham Heights area. He reminds Rook of a mark they'd seen on the front step of the Atwood household, explaining that it is a sign representing the black flowers of Slaughter Swamp.

As they drive to the swamp, Jim warns that he knew someone would come around one day, trying to apply rules to the precinct. Though Rook knows they think they're serving and protecting, he is only one step away from shutting them down for misappropriation of funds, and recommending psych evaluations for everyone of them. As they trudge through the swamp, Rook notes the black flowers, Jim had mentioned, and the pair come to a stop in front of a run down schoolhouse that fills them both with dread. As they approach it, back in Gotham Heights, Julie and Francine begin to scream madly in terror at the sight of Sister Justine, bowling Drake right over. As they pass by her, Lisa can feel the presence of death.

As Jim pushes open the door of the schoolhouse, Rook begs him not to, but on he goes. The further they go, the more Rook begs him to stop, and Jim reminds that Rook had wanted to know what it is the Midnight Shift does - now he would. Opening the door to the classroom, Jim shines his flashlight into the room and illuminates the occupied desks of a class being taught by a horrific, ghostly nun.

Appearing in "Chapter One: We Do Not Sleep" 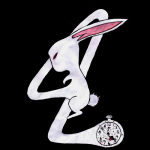 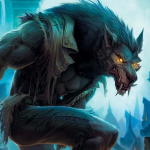