This page contains information about Hard Time (Volume 2) . "Hard Time Season Two" was an ongoing series published between December of 2005, and June of 2006. It was a sequel to its namesake title "Hard Time," which had been published 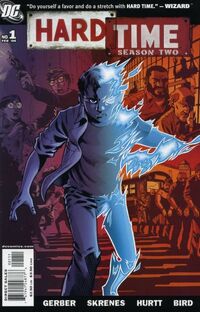 Retrieved from "https://dc.fandom.com/wiki/Hard_Time_Vol_2?oldid=1479030"
Community content is available under CC-BY-SA unless otherwise noted.