Highfather is a title given to the ruler of the good New Gods on New Genesis, originally held by Izaya. He is their connection to the will of the Source, the celestial force that governs their lives. He is locked in eternal combat with Darkseid and the evil New Gods of Apokolips. His wife Avia was killed by Darkseid's general Steppenwolf. For many years as part of a peace treaty, Highfather raised Darkseid's son Orion and Darkseid raised Highfather's son Scott Free. Eventually Izaya was murdered by Ares, and Takion became his successor. Highfather was created by Jack Kirby as part of his Fourth World saga, first appearing in New Gods #1. (1971) 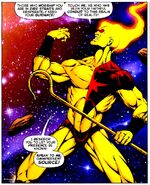 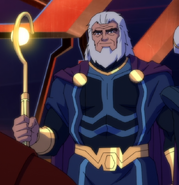 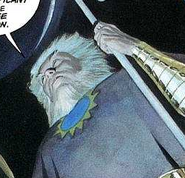 Izaya
Elseworlds
The Coming of the Supermen 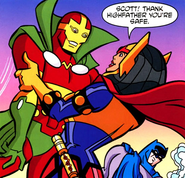