The KGBeast is an ex-KGB assassin turned super-villain who becomes an enemy to Batman. Using his training as Russia's top killer, he is a formidable opponent rivaling even Batman's abilities. This includes cybernetic enhancements, such as a gun replacing his self-amputated left arm. His student and successor is the NKVDemon. KGBeast was created by Jim Starlin and Jim Aparo, first appearing during Ten Nights of the Beast in Batman #417. (1988) 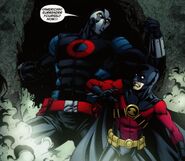 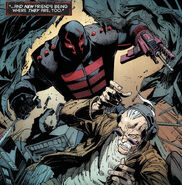 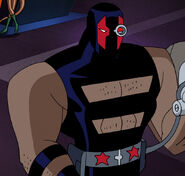 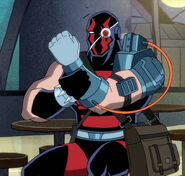