Kalibak is a devout soldier of Apokolips, causing him to come into conflict with the Justice League. Kalibak, a New God, is the first born son of Apokolips' evil leader Darkseid, serving as his father's second-in-command. Kalibak is known for his brutal fighting style, gaining the nickname "Kalibak the Cruel". Kailbak was created by Jack Kirby as part of his Fourth World saga, first appearing in New Gods #1. (1971) 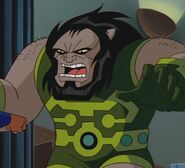 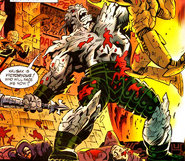 Kalibak
Elseworlds
The Coming of the Supermen

Kalibak
TV Series
The Brave and the Bold 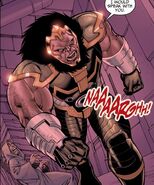 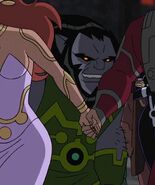