The League of Assassins is an international organization of the world's greatest killers, operating both for hire and their own agenda. They primarily specialize in assassinations and terrorism. Their leader is Ra's al Ghul, making them some of the greatest enemies to Batman. The League of Assassins was created by Dennis O'Neil and Neal Adams, first appearing in Strange Adventures #215. (1968) 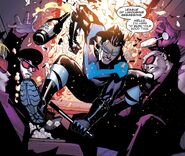 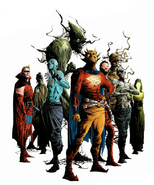 League of Shadows
Earth 13
The Multiversity 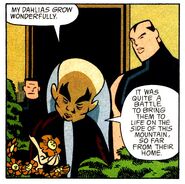 Society of Assassins
DCAU
Batman Beyond

Society of Shadows
TV Series
The Brave and the Bold

League of Assassins
DCUAOM
Under the Red Hood

"League of Assassins"
(November 6, 2013)
Arrow
Add a photo to this gallery
Retrieved from "https://dc.fandom.com/wiki/League_of_Assassins?oldid=2937476"
Community content is available under CC-BY-SA unless otherwise noted.