Lion-Mane is a name used by several characters in the DC Universe. Eddie Dawson is the most prominent Lion-Mane, a long-time enemy of Hawkman. Dawson is an archaeologist turned were-lion who becomes a powerful beast due to exposure from the meteorite Mithra. Karen Ramis also used this alias, another scientist affected by exposure to Mithra. Eddie Dawson was created by Gardner Fox and Murphy Anderson, first appearing in Hawkman #20. (1967) 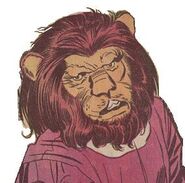 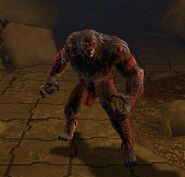