Lois & Clark: The New Adventures of Superman was a live-action weekly prime-time television series that aired for four seasons on the ABC network from September of 1993 to June of 1997. The series starred actress Teri Hatcher and actor Dean Cain the titular roles of Lois Lane and Clark Kent, respectively. All four seasons of the series have been released on DVD.

The primary cast of the series included all of the characters commonly associated with the Superman mythos including, Perry White, Jimmy Olsen, Inspector Henderson and Ma and Pa Kent. Further, the series also included the character of Cat Grant (Tracy Scoggins), a relatively new character who was not introduced into the Superman comic books until 1987.[1] The series also showcased Superman's most notorious adversary Lex Luthor (played by John Shea). Luthor was the primary antagonist throughout season one, but left the series after his supposed "death" in the season's cliffhanger episode, "The House of Luthor". Throughout its four-year run, Lois & Clark have spotlighted several well-known villains from the Superman comics including Metallo, the Prankster and Mister Mxyzptlk. 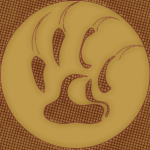