Mad Mod is a fashion designer and super-villain who menaces the Teen Titans. This prowess was later used to design elaborate death traps. His label was used as a front to smuggle goods, and he later turned to stealing artifacts. He later became an associate to the Titans when Mr. Jupiter hired him to design their new costumes. Mad Mod was created by Bob Haney and Nick Cardy, first appearing in Teen Titans #7. (1967) 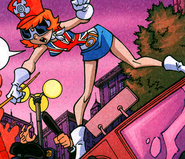 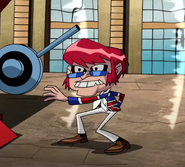 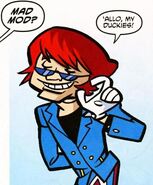 Neil Richards
TV Series
The Brave and the Bold