Manhunter is an alias used by several characters in the DC Universe. The original was Dan Richards, a police officer turned vigilante with a canine sidekick named Thor. Richards was involved with the All-Star Squadron and the Freedom Fighters. The second was Paul Kirk, a private investigator who turned vigilante when his friend was murdered. Kirk was involved with the All-Star Squadron and O.S.S.. The Council cloned an army based on Kirk, and one prominent Paul Kirk clone founded the Secret Society of Super-Villains. Mark Shaw was a lawyer who grew tired with criminals escaping justice, and he received a costume from the ancient society of Manhunters. He hunted down costumed criminals for bounty. Shaw was also involved with the Shadow Fighters and the Suicide Squad. Chase Lawler was a musician who became Manhunter when he summoned the Wild Huntsman to rescue his girlfriend. Paul Kirk's last remaining clone took the name Kirk DePaul and became a member of Power Company. The most recent Manhunter is district attorney Kate Spencer. Spencer has been involved with the Birds of Prey, the D.E.O., the F.B.I., and the Justice Society. Manhunter was created by Tex Blaisdell and Alex Kotzky, first appearing in the Quality Comics publication Police Comics #8. (1942)

The Manhunters are evil androids that battle the Green Lantern Corps. They were created by the Guardians of the Universe as an intergalactic police force, but their program was corrupted and they massacred an entire sector. Their mantra is "No Man Escapes the Manhunters" and they reside on the planet Biot. They also inspired a Manhunter Cult on Earth during Millennium. The Manhunters were created by Steve Englehart and Dick Dillin, first appearing in Justice League of America #140. (1977) 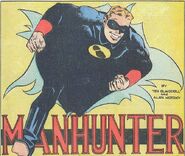 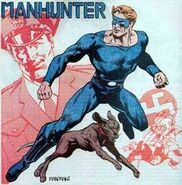 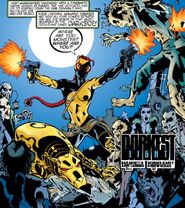 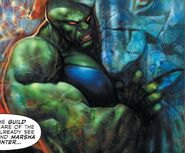 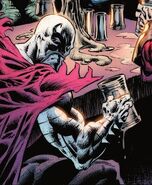 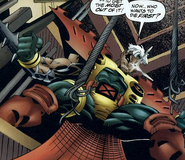 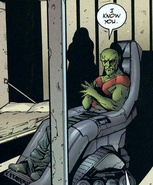 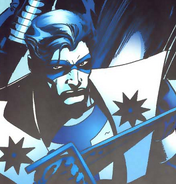 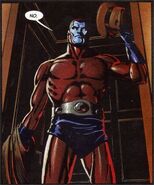 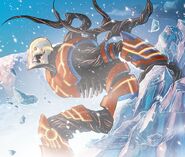 Manhunters
TV Series
The Brave and the Bold